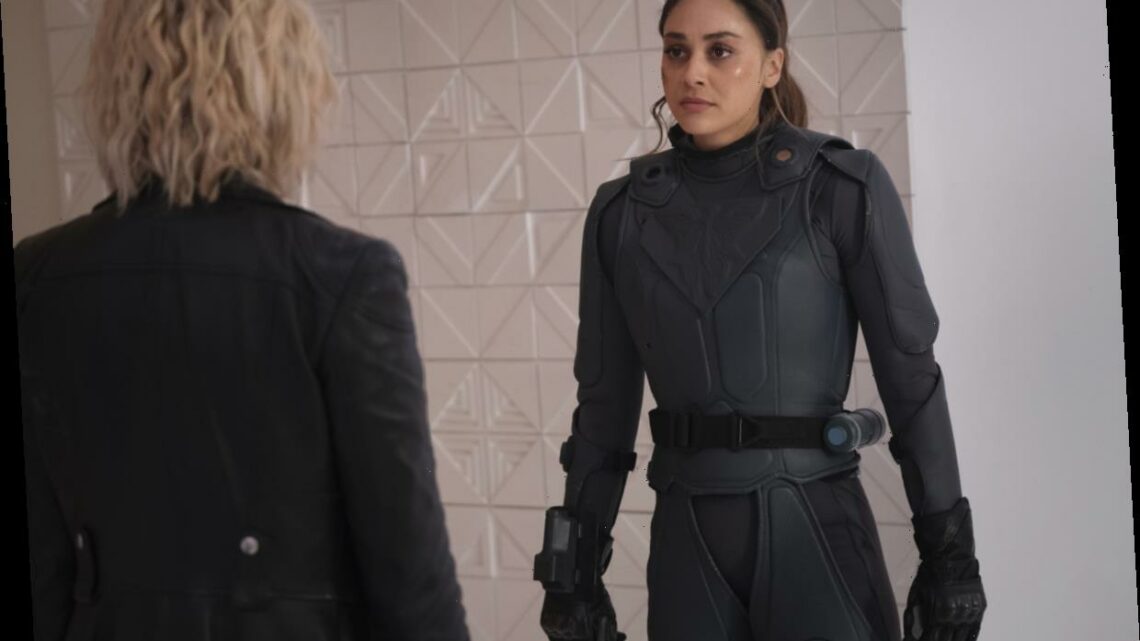 [Spoiler alert: This article contains spoilers for The 100 series finale.] 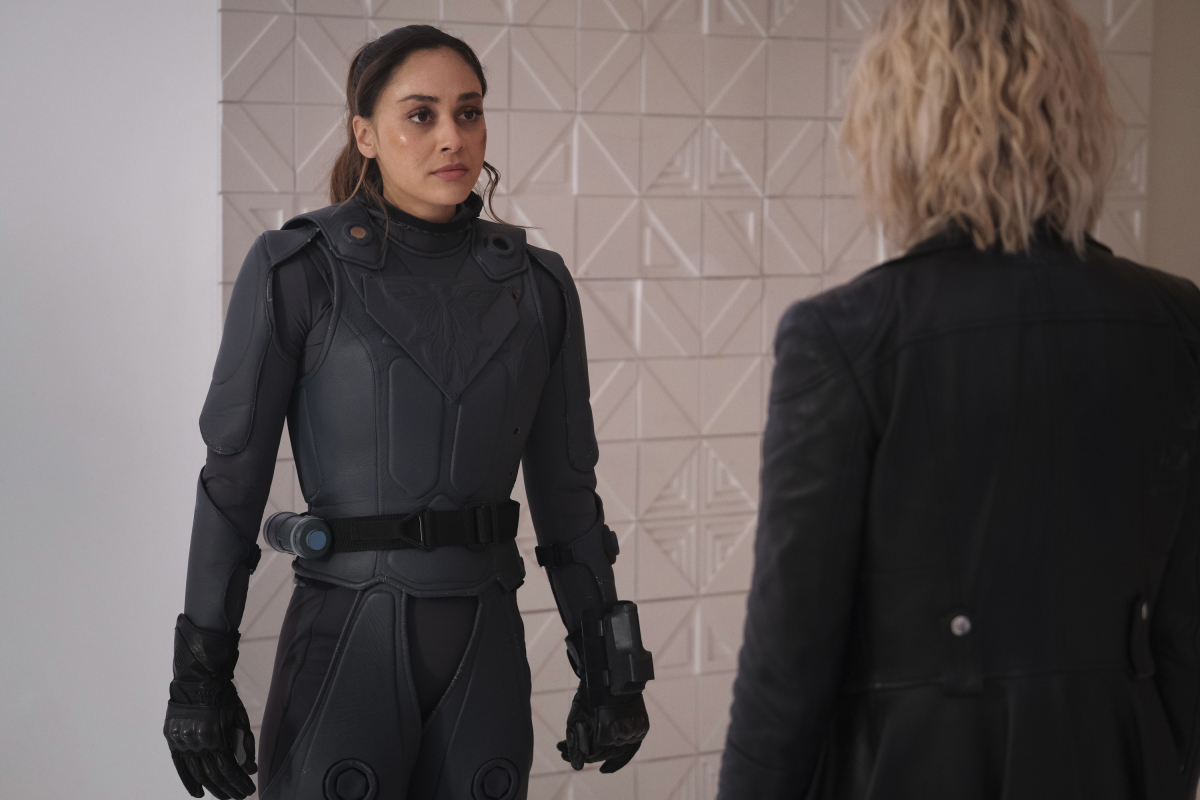 Morgan spoke with Showbiz Cheat Sheet by phone about her new movie, Skylin3s, which is out now in theaters, drive-ins and VOD. Looking back on The 100, Morgan shared her thoughts on the series finale.

The 100 put Raven in a position to convince the judges to give humanity a chance. She wasn’t alone, but Morgan appreciated Raven playing such a pivotal role.

“I felt like it was really beautiful and a really kind of poetic ending for Raven,” Morgan said. “Just because she had been through so much and she had given so much of herself to The 100 and her friends in trying to always do the right thing and save the day. When it came down to it, she was a very pivotal role in it. I think it was a really beautiful bookend.”

Lindsey Morgan shared the finale with the ensemble

As great as The 100 series finale was for Raven, Morgan also appreciated how it connected everyone. The 100 was always an ensemble show, but often split the characters up in their own missions, subplots and in some cases dimensions. 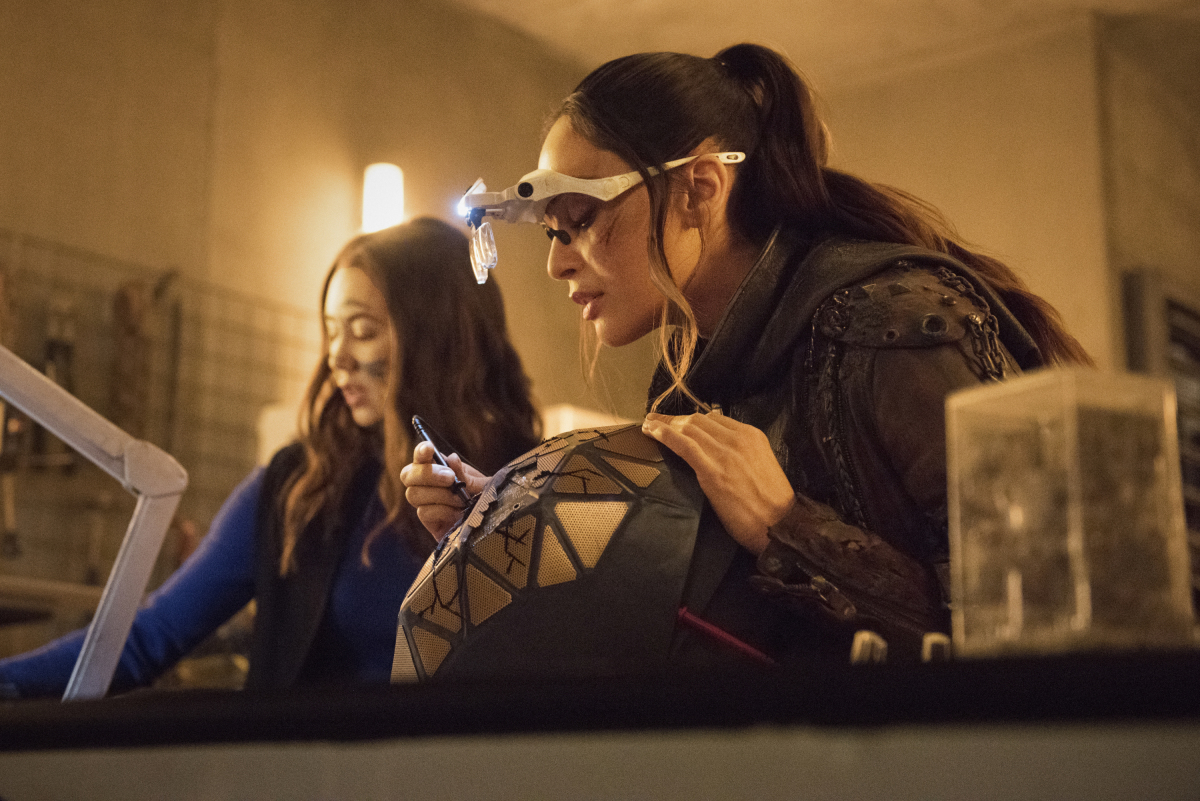 I feel like the ending was very much a team effort. We all had to play a really pivotal role with Octavia and also Echo and even Clarke. Even what Clarke did, it gave us the chance to make the choice to be back with her and I think whether these alien entities see it or not, that was a very selfless and compassionate and evolved choice that I think we got to show these higher life forms that we, as humans, are capable of making. So I feel like we all played a really important role in the evolution of our characters and the story and where we ended up. The 100 always was a team effort and we all had to play our parts to make it what it was.

Raven made it seven seasons on The 100 which is no small feat. Morgan was also pleased with her final moments.

“To be honest, I wouldn’t know what else to do,” Morgan said. “I didn’t really want her to die. And then I was like what if she did die? That would be kind of interesting and probably realistic. I’m surprised she lived as long as she did.” 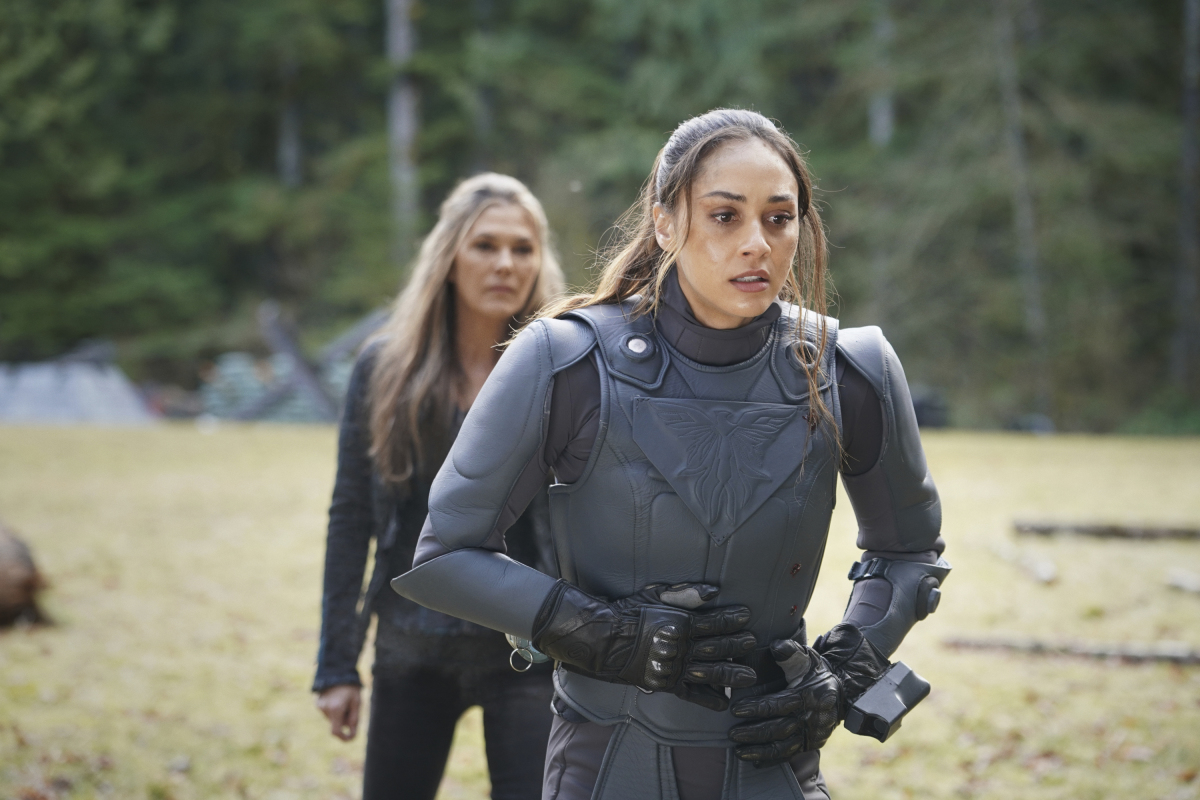 The choice Raven made at the end of The 100 felt like a fitting conclusion to Morgan.

To have this ending in a place of death but also in reincarnation and also in this just evolution of knowledge of life, I think a lot of The 100, their story, it’s not about survival. It’s about what there is to life. Life is so much more than just that. We were constantly learning and evolving as humans. So we reached the final evolution so I thought that was a really interesting way to end our story. It just felt right versus Raven dies or the story ends and who knows where she goes? I like that we had this middle option of kind of going to heaven and dying but also coming back and living the last of my days and not doing the afterlife and that’s it.