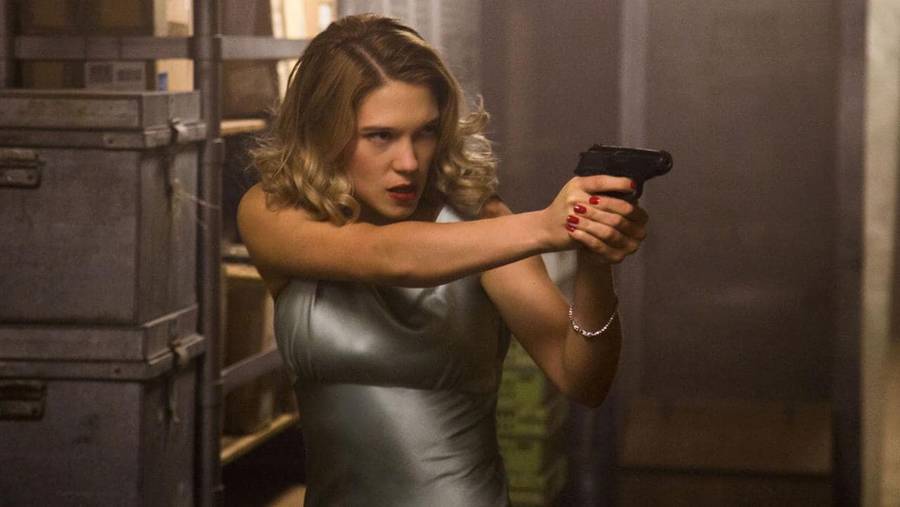 Lea Seydoux Will Return for Bond 25

One of the hallmarks of the James Bond franchise is that he has a different leading lady each movie out. But rules were meant to be broken, and The Daily Mail confirms that French actress Lea Seydoux will return for the still-untitled 25th 007 outing. Seydoux played Dr. Madeline Swann in 2015’s “Spectre,” and will be back for the new film, which is scheduled to start shooting in spring 2019.
Bond 25 director Cary Joji Fukunaga confirmed the casting to the Daily Mail, saying, “Lea will be returning.” Apparently Bond himself Daniel Craig wanted her back, and Fukunaga agreed. The director added: “You have some of the best actors in the world here. Why wouldn’t I have the best coming back?!” Amongst the actors also expected to return are Ralph Fiennes, Ben Whishaw and Naomie Harris.
It’s been a bumpy ride for this Bond outing. After Sam Mendes, who helmed the billion-dollar grossing “Skyfall” and the much more disappointing (both critically and commercially) “Spectre,” stepped away from the franchise, Eon hired visionary filmmaker Danny Boyle, who was said to have had an incredibly fresh take, complemented by an outside-the-box screenplay by frequent collaborator John Hodge. Filming was expected to begin this fall for a Christmas 2019 release date. But apparently Boyle clashed with the series overlords over the direction of the film’s villain and Hodge’s screenplay, and in August it was announced that he had left over “creative differences.” This sent the movie (and the franchise at large) into “chaos,” as they scrambled to get the movie back on track.
Now, with Cary Joji Fukunaga in place and a readjusted release date of February 2020, all seems right in the James Bond world. For now, at least. If anybody knows that danger can strike at any moment, it’s James Bond.

Marin Hinkle Reveals Rose ‘Has A Rebirth’ In ‘Mrs. Maisel’: She’s ‘Imbued With A New Kind Of Strength’