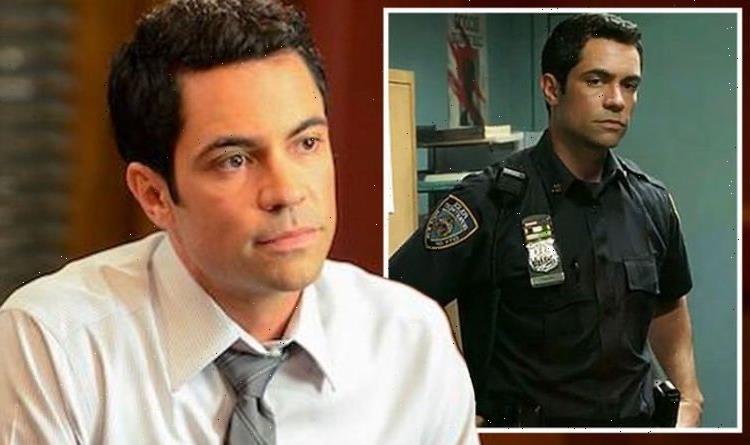 Law and Order SVU: Why is Nick Amaro returning after 7 years?

Nick (played by Danny Pino) was a detective on Law and Order SVU, serving in the 16th Precinct of the New York City Police Department. Since his exit in 2014, the character has been mentioned on several occasions but as season 23 continues, he is going to be making a reappearance. Having lived in Los Angeles for the past seven years, he will have a lot to catch up on. Here is everything you need to know about why Detective Amaro is making a big comeback to the NBC drama.

Who was Nick Amaro on Law and Order SVU?

The beloved character made his first appearance on the show during season 13 and he made his introduction as part of a rotation procedure.

Nick had just completed stints with the warrants and narcotics squads when he decided to give the SVU a shot.

It turns out it was a career-defining move for the detective as he became devoted to getting justice for victims of sexually-orientated crimes.

He struggled to come to terms with the world he had found himself in at the start of his tenure with the team as he wanted to assault the criminals for the crimes they’d committed.

This was something the detective battled with throughout his time on the show, having to suppress his anger and make sure he didn’t turn violent.

In the early days, he shot dead a serial killer who was holding his colleague, Detective Olivia Benson (Mariska Hargitay), hostage.

He was also arrested for assaulting a paedophile whilst off-duty and although the charges were dropped, he was demoted.

Although he managed to work his way back up through the ranks, he was told he would never make it to the highest levels due to his history of misconduct.

This led to his exit from the programme as he decided to move to California before Amanda Rollins (Kelli Giddish) informed everyone in season 17 he had moved to Los Angeles.

Why is Nick Amaro returning to Law and Order SVU?

It was announced in September Nick would be returning to the show for a very special reason; to mark the drama’s 500th episode.

The news was revealed on the show’s official Instagram account in a statement which was posted alongside a picture of the actor who plays the character, Danny.

In response to the post, Danny replied: “So…anything new #SVUDiehards? #SVU500,” to which screenwriter Julie Martin added: “This is the best news.”

The episode will air on October 21, 2021, and will focus on Olivia’s past but will feature a multitude of guest stars, including Detective Amaro.

Unfortunately, it’s not exactly known how the character will be brought back into the fold but viewers will be given an update on his life.

Nick has a son with his ex-girlfriend, Cynthia (Andrea Navedo), and is working under the United States Park Police.

Ahead of the show airing the special episode, Danny once again took to Twitter to share a picture from the set with his co-stars.

Captioning the image, he wrote: “Back in the squad room with @Mariska @KelliGiddish @FINALLEVEL for the 500th episode of @lawandordertv. Nothing but love and respect for this cast and crew.”

Several of his fans replied, with Michelle writing: “So happy they brought you back! Even though I like you much better on Mayans!”

“Can’t wait to see what kind of trouble Nick’s return is going to stir up between Rollins/Carisi and Olivia/Elliott! Hoping so hard that Chris is also going to be in this episode,” Summer added.

“Happy to see you back on SVU. Love this crew. I’m so excited for #SVU500 but not sure I’m ready for that emotional rollercoaster,” Edina shared.

It has not been confirmed if this is a one-off appearance or if the character will be sticking around for a few episodes.

Law and Order: SVU season 23 continues Thursdays at 9pm ET on NBC. A UK release date is yet to be announced.