Home » TV & Movies » Larry King’s Son Larry Jr. Opens Up About His ‘Loyal and Kind’ Dad: ‘He Had an Indomitable Spirit’ 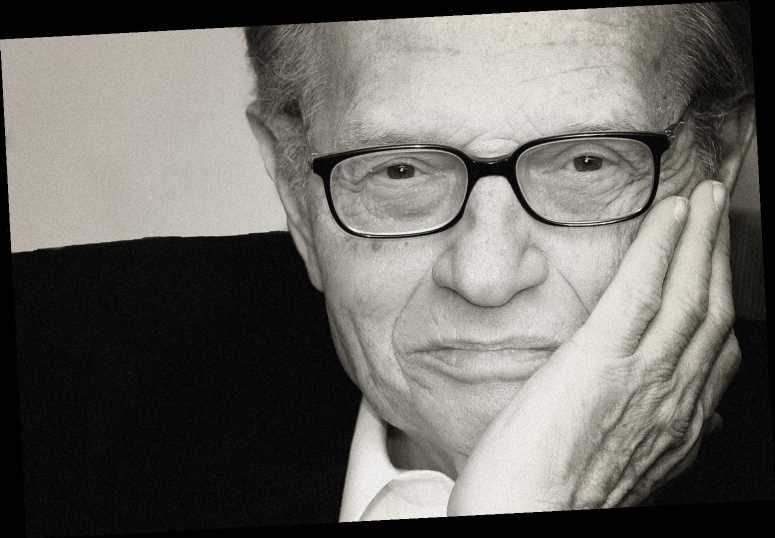 Larry King’s Son Larry Jr. Opens Up About His ‘Loyal and Kind’ Dad: ‘He Had an Indomitable Spirit’

To millions of viewers and fans, Larry King was a TV legend, a straight-shooting host who interviewed countless celebrities and world leaders over a six-decade career — but to his son, Larry King Jr., he was "dad."

"What we can all take away from our father's last time with us was his love of life," King Jr., 59, tells PEOPLE of his father — who died at age 87 on Jan. 23, weeks after he was admitted to the hospital with COVID-19 — for one of this week's cover stories. "He had an indomitable spirit. Although he lost the battle he beat so many times over the years, we continued to be inspired by his strength."

For more on Larry King, pick up the latest issue of PEOPLE, on newsstands Friday, or subscribe here. Indeed, King led nothing if not a remarkable — and at times death-defying — life. Joking to PEOPLE in 2020, the host said he'd had "every known malady" in the world, including chronic leukemia, prostate cancer, a heart attack in 1987 and a stroke in 2019.

Last year, he also dealt with the deaths of two of his five children — Andy, 65, and Chaia, 51 — who died just weeks apart. "It was devastating to Larry," says a source close to the interviewer. "He loved his children very much." (King also has sons Chance, 21, and Cannon, 20, with ex-wife Shawn Southwick.)

It's a sentiment to which King Jr., whose mother was King's second wife, Annette Kaye, wholeheartedly agrees.

"Our dad was always thinking and focused on what we were up to in our lives," he says. "He enjoyed just spending time with us and sharing memories together, especially going to Dodger games. I remember us playing basketball in the front yard of our house. Celebrity tour buses would come around and I think they were caught off guard seeing dad shoot baskets with us. We just loved those moments." And King's "loyal and kind" spirit went far beyond his family. "He was beyond kind to all those he interacted with," says King Jr. "It didn't matter if the person was a movie star, a political figure or just a person on the street. He was very loyal to those close to him and there was nothing he would not do for them if they needed help."

Continues King Jr.: "It was fun introducing him to new friends and watching him basically interview them like he did on the show. He was genuinely interested in people's lives, no matter who they were." And ultimately, King Jr. says he hopes to carry on the legacy of his father.

"We recognize that we have an incredible opportunity," he says. "We can carry his name on for future generations of our family. His legacy is his selflessness — and his generosity to all people."