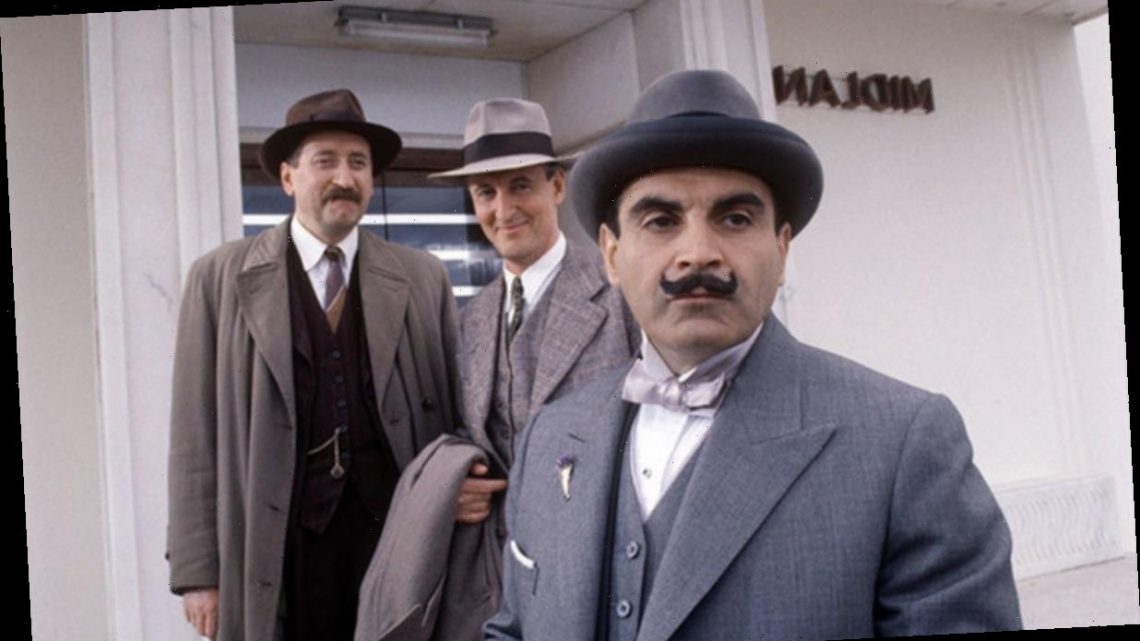 We have been loving rewatching Agatha Christie’s Poirot on ITV3. The TV drama ran from 1989 to 2013, and adapted every single one of the author’s major works of fiction – and they had some royal help to do it!

Royal family member Lady Frederick Windsor, who is also known as Sophie Winkleman, starred in season nine episode one, Five Little Pigs, back in 2003 – but do you remember seeing her? In the episode, Sophie plays Angela Warren, one of the ‘five little pigs’ who was present at the house during the murder of artist Amyas. While his wife was found guilty of the crime, her daughter Carla begs Poirot to take the case as she is determined of her mother’s innocence.

Sophie plays Angela in the 2003 episode

It turns out that Angela was indeed innocent of the crime, but believed that it was her younger sister Angela who committed it, and so doesn’t defend herself in court. So who really did it? You’ll have to watch the episode to find out!

Sophie tied the knot to her royal husband Lord Frederick Windsor back in 2009, and the pair share two children, Maud and Isabella. Speaking to Tatler about being unable to work over the last few months due to the lockdown, she said: “It’s been alright, but I’ve been frustrated and tired and stressed out like everyone else.

She starred in the episode titled Three Little Pigs

“Children need to socialise and they get extremely bored if they don’t, and I’ve not been covering myself in glory with this online learning thing… The teachers have been really brilliant, but I’ve been loath to stick my six-year-old in front of a screen all day long.”

Kim Kardashian Isn’t Planning to Divorce Kanye West Right Now, Despite Him Saying He’s Been Trying to Break Up Since 2018 (Report)