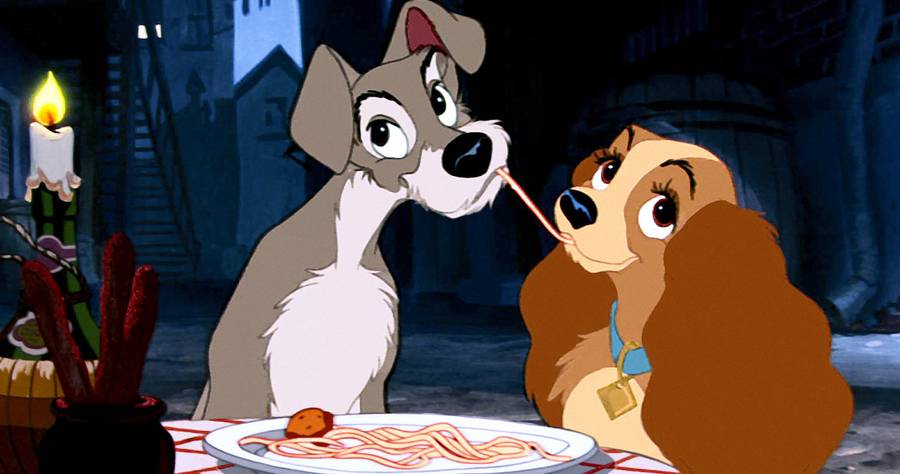 ‘Lady and the Tramp’ Remake Uses Real Dogs, Is ‘More Dramatic’ Than Original

Disney has been working overtime in recent months to mine its library for animated films to convert into live-action features, with numerous films added to the remake queue seemingly every time we turn around. One of the more curious selections is “Lady and the Tramp,” a delightful flick that nevertheless seemed like an odd choice for a makeover. But according to one of the new film’s stars, it will definitely be a departure from other recent Mouse House remakes.
In an interview with Collider, actor Thomas Mann dished about the project, and revealed an exciting detail: The production used real dogs as stand-ins for the film’s iconic canine characters, as opposed to the CGI creatures that populate other Disney remakes, like “The Jungle Book” and “The Lion King.”
According to Mann, that aspect is “the main draw” for him when it comes to the appeal of the remake. As the actor put it to Collider, “Who doesn’t want to see two real dogs kiss over a plate of spaghetti?” Solid point.
Mann, who plays one of the film’s human characters, said that the set felt a little bit chaotic with so many dogs running around — sometimes in the middle of shooting a scene — but that it was also “a lot of fun” and “so cute.” We can only imagine.
As for how the film will differ from its predecessor, Mann assured fans that the star-studded flick was still the same story that they know and love, just a more “enhanced version of the world that you saw before,” where “the human characters are a little more flushed out.”
He added:

It’s a little more dramatic, too. I wouldn’t say that it’s a full-on drama or anything, but it’s a little more grown up, in its own way, and a little more sophisticated. It looks beautiful, in the few things that I’ve seen, from the way it was shot. The production design, alone, is pretty immaculate.

Mann definitely has us convinced. The film is expected to debut on Disney’s new streaming service, Disney+, sometime next year.
For more from the actor, check out the full interview at Collider.

This Disney animated classic follows a pampered cocker spaniel named Lady (Barbara Luddy) whose comfortable life slips away once her owners have a baby. When, after some tense circumstances, Lady finds herself on the loose and out on the street, she is befriended and protected by the tough stray mutt Tramp (Larry Roberts). A romance begins to blossom between the two dogs, but their many differences, along with more drama at Lady's household, threaten to keep them apart. Read More