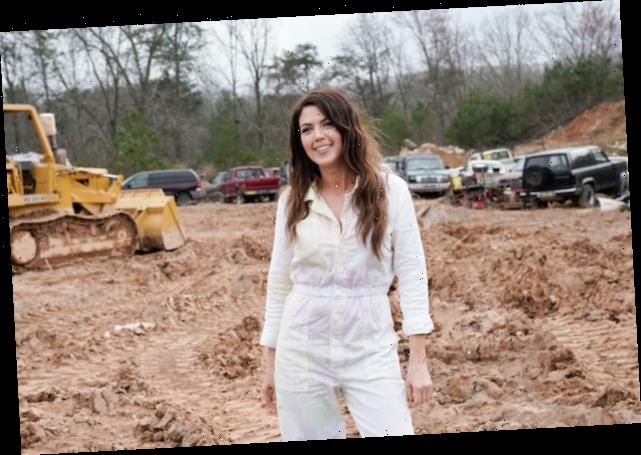 Sorry, Labor of Love‘s Alan: Neither you nor your 3 zillion sperm are enough to hold Kristy’s interest much longer, and this week on Fox’s ridiculous reality show is your last.

Ironically, your ouster arrives because you showed too much kindness and empathy toward your fellow dad-wannabes during your one and only date with Kristy. If doing so wouldn’t immediately and ickily remind everyone of the specimen-cup interlude in the series premiere, I’d probably say something like “Well, you shot your shot, man.” But that would be gross. So I’ll just suggest that everyone read on so we can find out who else goes home in “Some Like It Extra Hot.”

At the top of the episode, Kristin Davis and Kristy talk about the relationships in Kristy’s life that didn’t work out, like her short-lived marriage. Kristy cries a little and Kristin looks sympathetic. Then there’s a brilliant editing choice: As Kristin gently pulls Kristy’s hair back from her lapel, Kristy voiceovers that the former Sex and the City star seems to really want what’s best for her. This leads me to envision a future in which Kristy chooses NONE of the guys and instead raises her eventual baby with Kristin Davis, and it is surprising to me how into the idea I suddenly am.

Anyway, there are no drills this week. So the main drama goes down during Kristy’s two dates: one with Alan and the other with Gary. OH BUT WAIT. Keith and Alan get into a little thing about who was going to make and bring Kristy food first, and when Alan does so, Keith throws some glassware and it breaks on the walkway between houses. Because that is how adults react to a slight of that magnitude.

Alan thinks his impromptu food date with Kristy was a “really great moment” for them. I think she treats the encounter more like she’s interviewing him for a job than forging a romantic connection, but sure! Also, every time Alan mentions his stew, this is all I can think of. Back at the guys’ house, off a heads-up from Kyle, Alan talks to Keith and they make nice. Still, Stewart interviews that Keith “adds to the stress” of the house, and that Kristy should know that. Keith sees it more as “my fire is bigger than I thought it was, and it gets exacerbated by being in a competitive situation with a bunch of men.” Side note: I’m going to start using “my fire is bigger than I thought it was” as an explanation whenever I tick someone off. “Oh, you didn’t get my RSVP? Well my fire is bigger than I thought it was.” Makes no sense and offers no apology, but damn, it’s poetic.

OK let’s get to the dates. Kristy and Alan don white jumpsuits and go to one of those places where you can beat the crap out of junked cars and such. On one vehicle, they spray-paint words they don’t like from their past, like “deceit” and “control.” On the car representing their future, they scrawl “love” and “trust,” and Alan seems psyched that they both want the same things. I’d be worried if a future partner didn’t mention those two things, but whatevs. Sure, Alan. You guys are basically headed for the altar.

Then they demolish the cars, and Alan has such a good time, he decides to keep going and demolish his chances at staying in the running. He refers to the other contestants as his “band of brothers” and talks about them so much that Kristy has to remind him that this is his one chance to make a solo impression on her. “I need the father of my children to prioritize family over his bromance with the other guys in the house,” she interviews later. And when Alan skips going back to her place for a nightcap because it might make the other guys feel bad, that pretty much seals it.

Kristy’s second date is Gary, and they wind up wrangling kids in a party-like environment for a couple of hours. Gary is a natural, letting the kids paint his face and all that jazz, and Kristy is enamored. After the little hellions leave, she asks him to go to the Bounce House (not a euphemism) and they are getting along well in there for about 10 seconds before a task from Kristin sends the guys to come bring them back to the men’s abode.

Everyone answers questions about parenting, but Matt sulks the whole time, and Kristy notices. And when he says that he wants his wife and extended family to raise his children — implying that he doesn’t want the mother of his kids to have a full-time job — he might as well pack his suitcase and take off right then.

I’ll give it to Kyle and Trent, though: They realize they’ve got to snatch time in order to stay foremost in Kristy’s thoughts, so they both engineer situations designed for maximum romance . Kyle brings her upstairs, blindfolds her and feeds her chocolate. She likes it! Trent holds a boom box over his head outside her door, invites himself in and teaches her how to Two-Step. She likes that, too!

Finally, it’s decision time. I honestly don’t care who Kristy sends home this week as long as she promises to bring back that center-part hairstyle at least once more this season. Gorgeous. By the end of the hemming and hawing, Alan, Matt, Keith and Trent are in the We Need to Talk Box.

You already know Alan goes home. (Is it weird that I was more than a little proud of our girl when she said, “20-year-old Kristy would be chasing Alan,” but 41-year-old Kristy has no time for such effery?) As you might’ve guessed, Matt follows him (and ugly-cries in the interview afterward).

Downstairs, the guys welcome Trent and Keith back into the fold… but Stewart’s got his eye on Keith (“We have to remember that Kristy hasn’t seen the Keith that we’ve seen”) and Kyle echoes that Keith has a temper Kristy hasn’t seen yet. Meanwhile, Marcus sees his opportunity and walks Kristy home (aka across the driveway), earning a kiss goodnight in return… which Kyle watches from the kitchen window like a creeper.

Now it’s your turn. What did you think of the episode? Sound off in the comments!