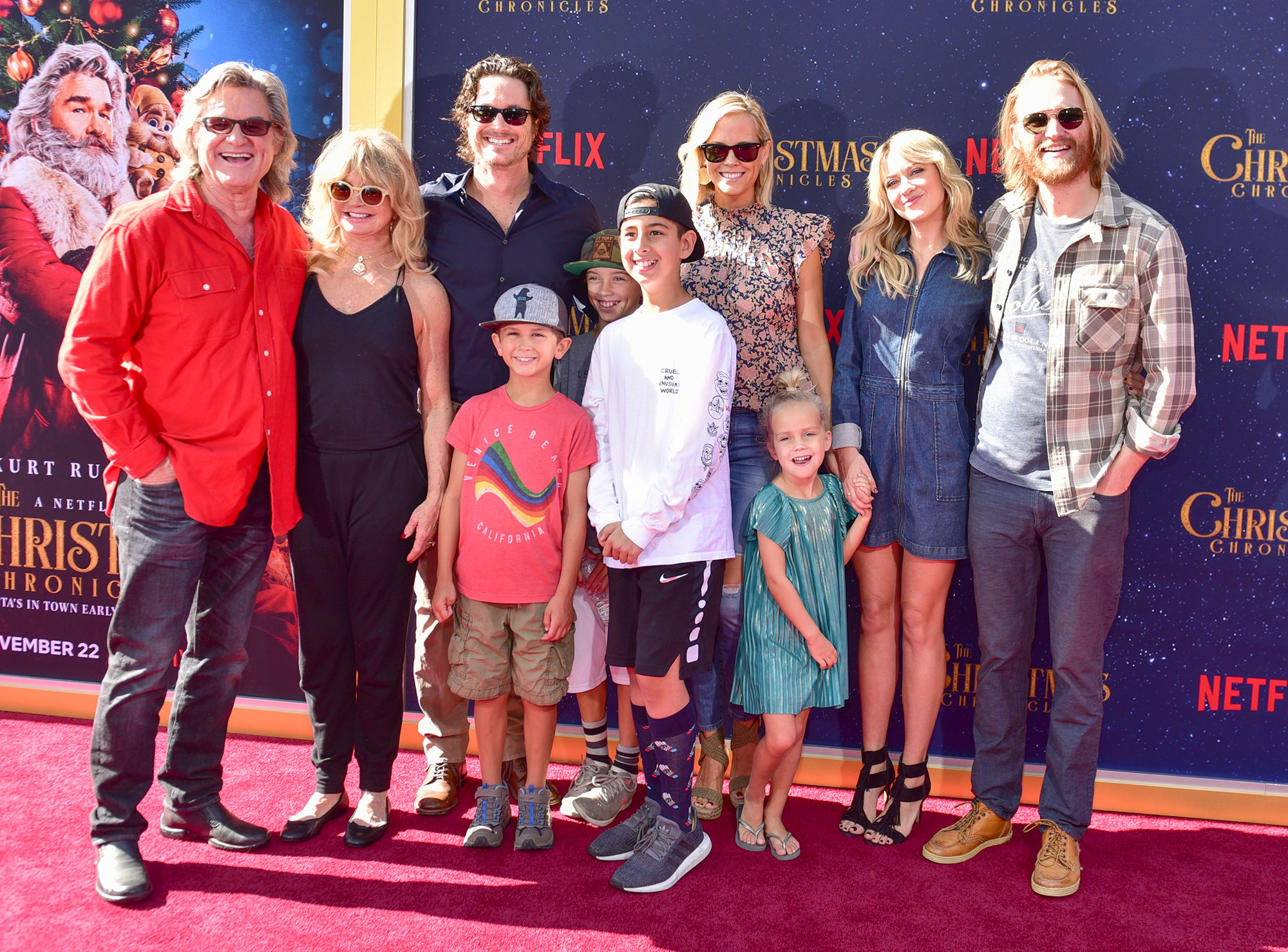 Kurt Russell's Netflix Christmas Movie Is a Family Affair — Even Goldie Hawn's in It!

Kurt Russell‘s new movie has a lot of family love in it.

The Christmas Chronicles started streaming on Netflix on Thanksgiving and made waves when CCO Ted Sarantos announced that it had been streamed over 20 million times in its first week. And it probably resonated with audiences so much due to the personal touches from Russell’s own life.

But he’s not the only Russell family member to show up in the film.

Hudson’s mom and Russell’s partner of over 30 years Goldie Hawn also has a cameo at the very end as a surprise character — Mrs. Claus! The actress, 73, gets to give Russell, 67, a little grief for the escapades he got up to during the movie, all while wearing a fabulous and sultry red costume.

RELATED: All in the Family! Kurt Russell and Goldie Hawn Celebrate Film Premiere with Kids and Grandkids

And to make the movie even more special, the longtime couple’s 7-year-old grandson Bing Bellamy — Kate Hudson‘s son with Muse frontman Matt Bellamy — also appears briefly as one of the kids sending a video to Santa to ask for presents. His name and 14-year-old big brother Ryder Robinson’s are also called out later in the movie during a sweet montage where Russell’s Santa Claus quickly delivers presents.

The whole family recently came out to celebrate the movie at the Los Angeles premiere a few days before Thanksgiving. Russell, Hawn and Hudson were joined by Hudson’s wife Erinn Bartlett and their three kids — sons Wilder Brooks, 11, and Bodhi Hawn, 8, and daughter Rio, 5.

The actor opened up to PEOPLE at the premiere about their family traditions during the holidays and revealed that they all look forward to Christmas every year. The family typically heads to Aspen, Colorado where the whole clan enjoys a wintery time.

“Christmas is huge in our family, it’s just something that is really a big deal to us,” Russell said. “Santa is the centerpiece of Christmas, it is the one time of the year that we are all able to get together for a good, long period of time, and have all of the things that all families have.”

He continued, “We have great joy, great tears, meltdowns, arguments, great laughter. It is a wonderful period of time, and we happen to be lucky enough where we are in a great setting in Colorado, and it is beautiful place to be.”