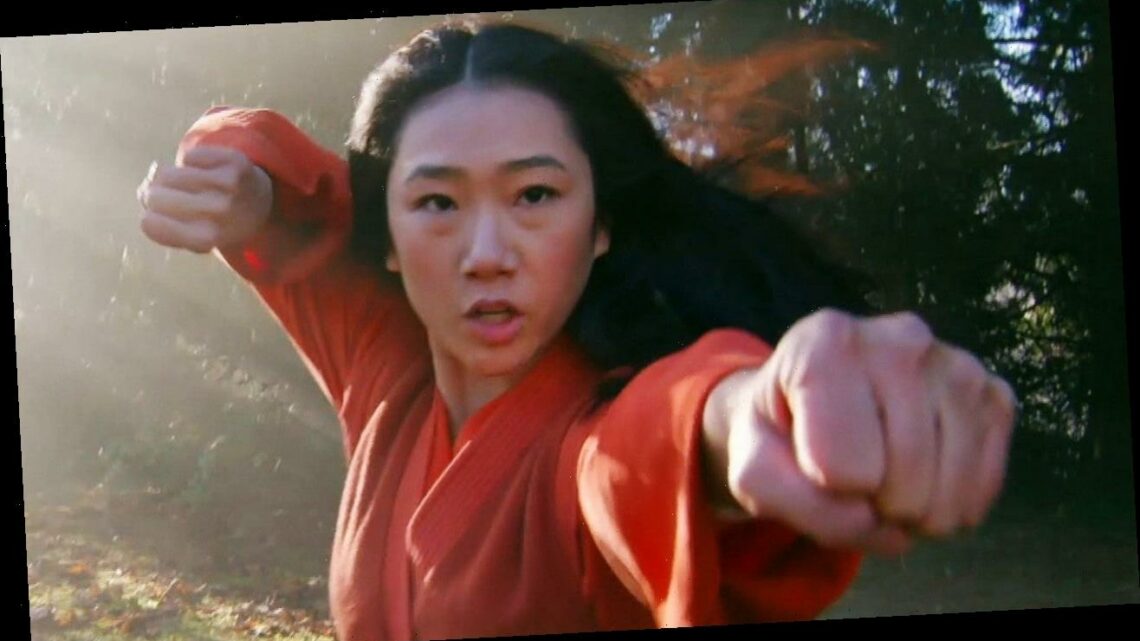 A modern-day reimagining of the 1970s series and starring a predominantly Asian cast, Kung Fu follows a young Chinese American woman, Nicky Shen (Liang), who drops out of college and goes on a life-changing journey to an isolated monastery in China. But when she returns to San Francisco three years later, she finds her hometown is overrun with crime and corruption and her own parents, Jin (Ma) and Mei-Li (Kheng Hua Tan), are at the mercy of the powerful Triad.

In order to go up against the powerful crime syndicate, Nicky will rely on her tech-savvy sister Althea (Shannon Dang) and Althea’s fiancé Dennis (Tony Chung), pre-med brother Ryan (Jon Prasida), Assistant District Attorney and ex-boyfriend Evan (Gavin Stenhouse) and new love interest Henry (Eddie Liu), as well as her martial arts skills and Shaolin values to protect her community and bring criminals to justice — all while searching for the assassin, Zhilan (Yvonne Chapman), who killed her Shaolin mentor, Pei-Ling (Vanessa Kai), and is now targeting her.

The Kung Fu trailer opens with Pei-Ling offering words of wisdom to her protégé, Nicky, as she embarks on her kung fu training: “To truly master kung fu, you will must find peace — peace with your family.” Easier said than done as Nicky foreshadows, “Peace and my family don’t really go together.”

Cut to an awkward family meal around the dinner table celebrating Nicky’s unexpected return home and it’s clear she has a lot of catching up to do with her family. “Golden child’s back baby!” her brother Ryan quips, after she breaks the news she’s likely not going back to law school.

Not long after Nicky’s back in town, she meets martial arts expert and Chinese history buff Henry, who quickly becomes an ally, and her three years away of secret kung fu training sessions under the tutelage of Pei-Ling reveals itself in intense street fights and badass hand-to-hand combat situations against unsavory folk. To say her siblings are stunned by this unforeseen turn of events is an understatement.

“You’re a kung fu, butt-kicking hero?!” Nicky’s sister Althea says, a bit in awe, after witnessing her (and Henry) take down a group of Triad baddies without so much as batting an eyelash.

And of course, things are bound to get complicated when Nicky turns to her former love Evan for help and reassures him that she “stepped in” to handle a dicey situation. When he doesn’t seem to be persuaded by Nicky’s diplomatic choice of words, she finally acknowledges the truth. “More like… punched and kicked,” she admits as the trailer cuts to Nicky beating down on an army of men solo.

“You took down an army by yourself. You basically walked on air,” Henry says, clearly impressed by Nicky, who brushes off his compliments. “It was physics,” she states matter-of-factly. Something tells us Nicky’s about to be The CW’s latest badass heroine to grace the screen. Watch the official trailer above.