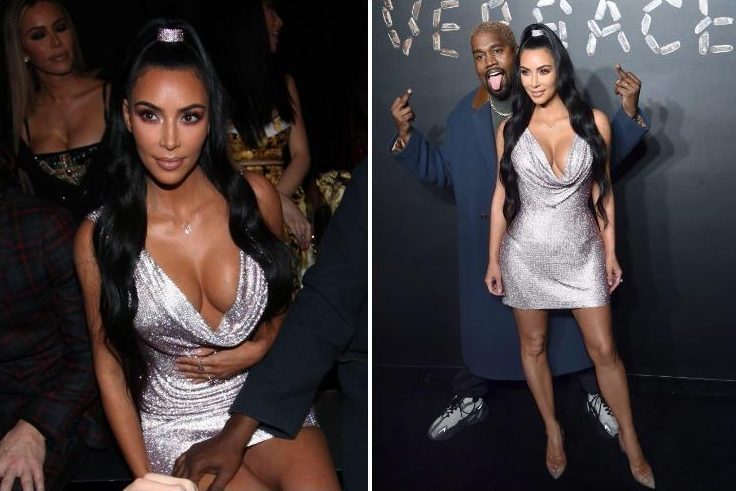 Joined by husband Kanye, the reality star, 38, put on a daringly busty display in the shimmering frock. 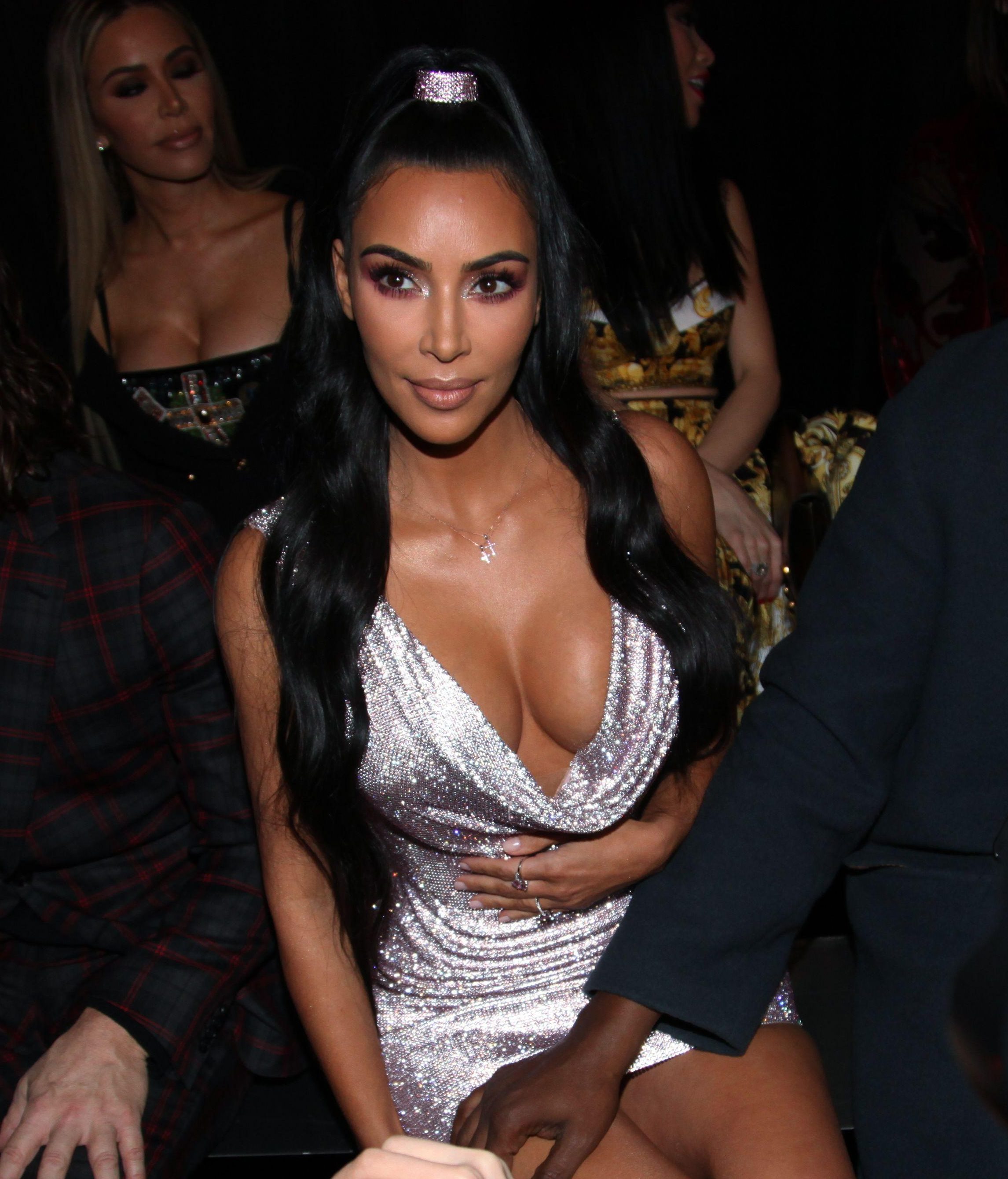 Kim stepped out in New York for the pre-autumn runway event.

The short, shiny number was cut short to show off her perfect pins.

Her figure hugging frock displayed her famous curves and the dramatic neckline left little to the imagination.

Kanye and Kim appeared alongside a host of stars including Gigi Hadid and Hailey Baldwin, Paris Jackson, Blake Lively and Mary J. Blige. 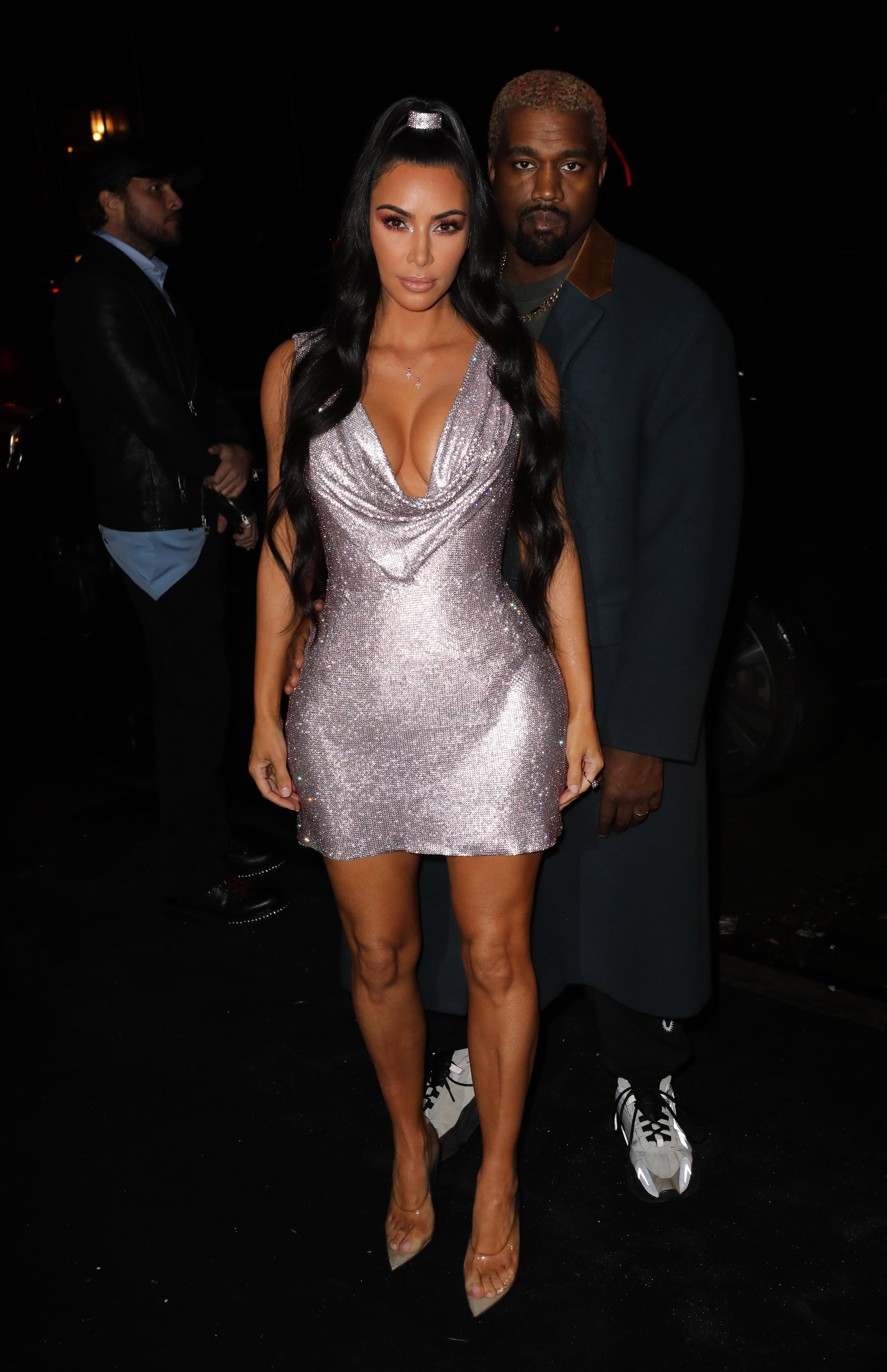 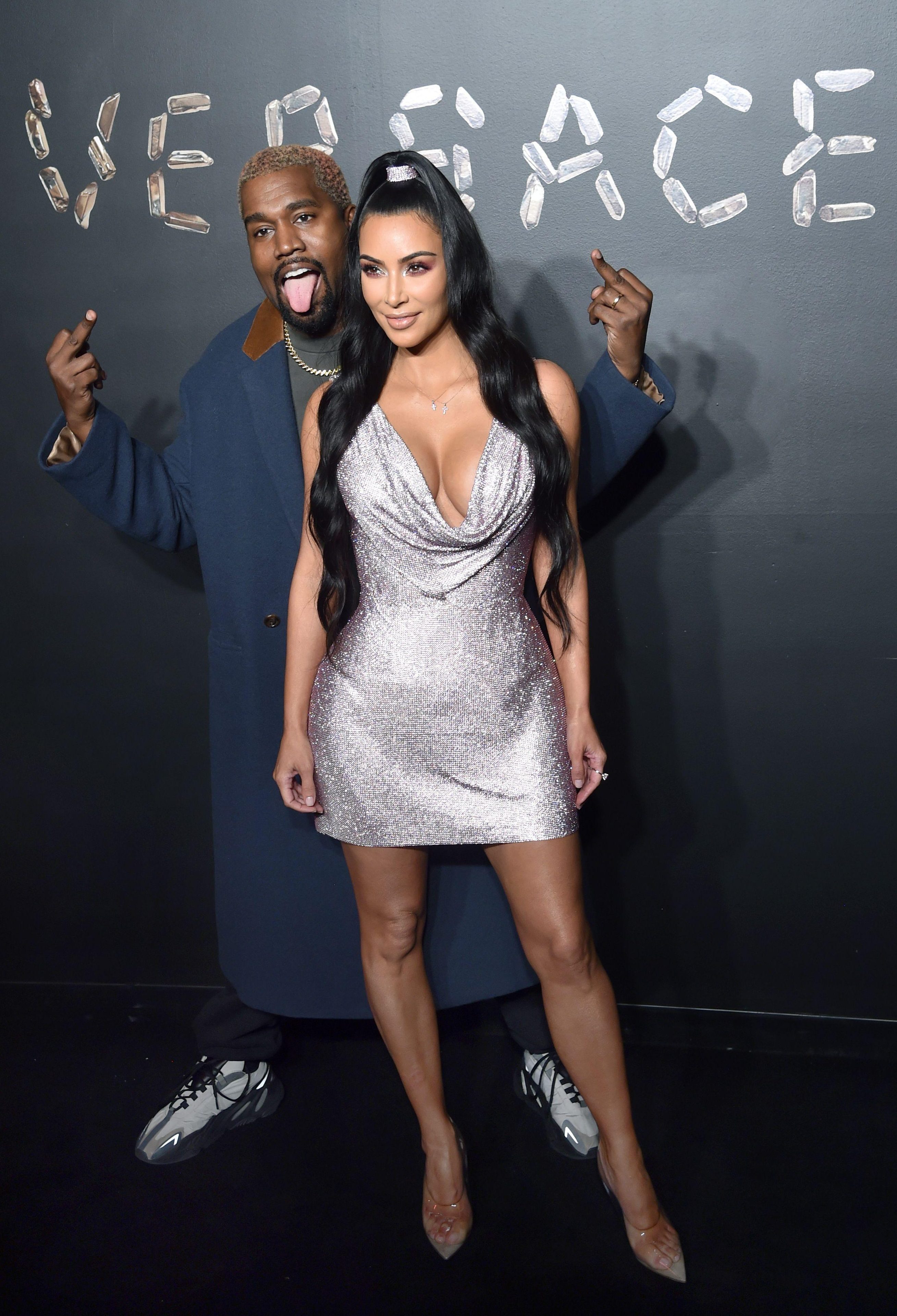 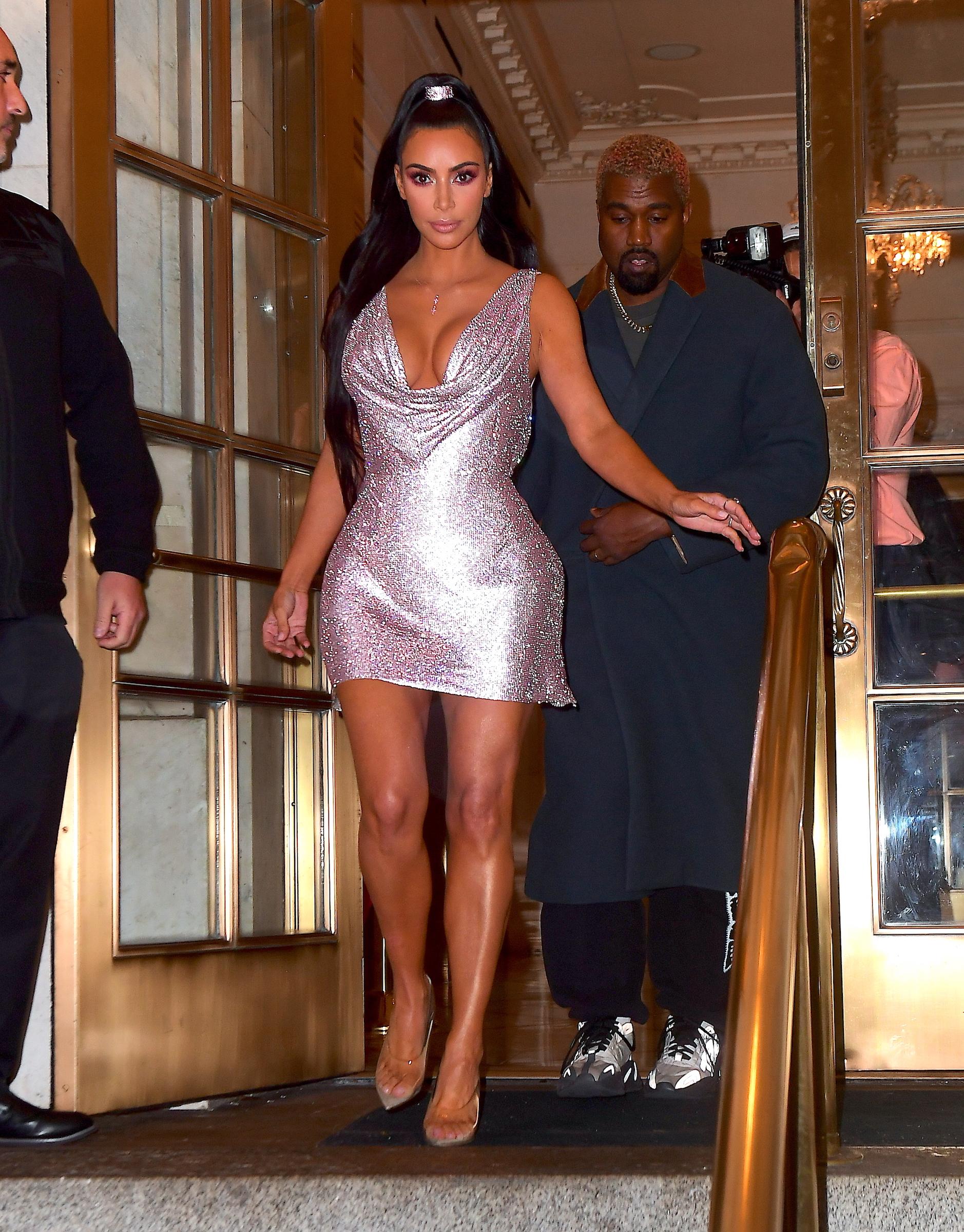 He wore a thick gold necklace and sported new look hair, which was dyed blonde with red patches.

She swept her hair into a high pony tail.

The show is Versace's first ever pre-fall runway show.

Today, Kim posted a pic of herself in a tiny figure-hugging dress on Instagram claiming Kanye has "dressed her up like a doll."

Earlier this month Kim had to defend herself against accusations she photoshopped her daughter on an Instagram snap to make her look thinner.

She and Kanye hired private firefighters as California wildfires swept towards their LA mansion.

US Congressman suggests Roger Stone may have lied about Assange