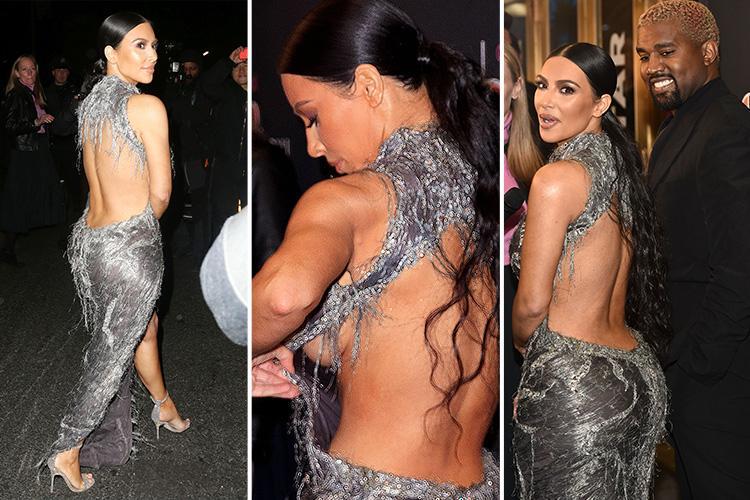 The 37-year-old, who is a Cher superfan, made sure all eyes were on her as she posed up alongside husband Kanye West at the Neil Simon Theatre on Monday. 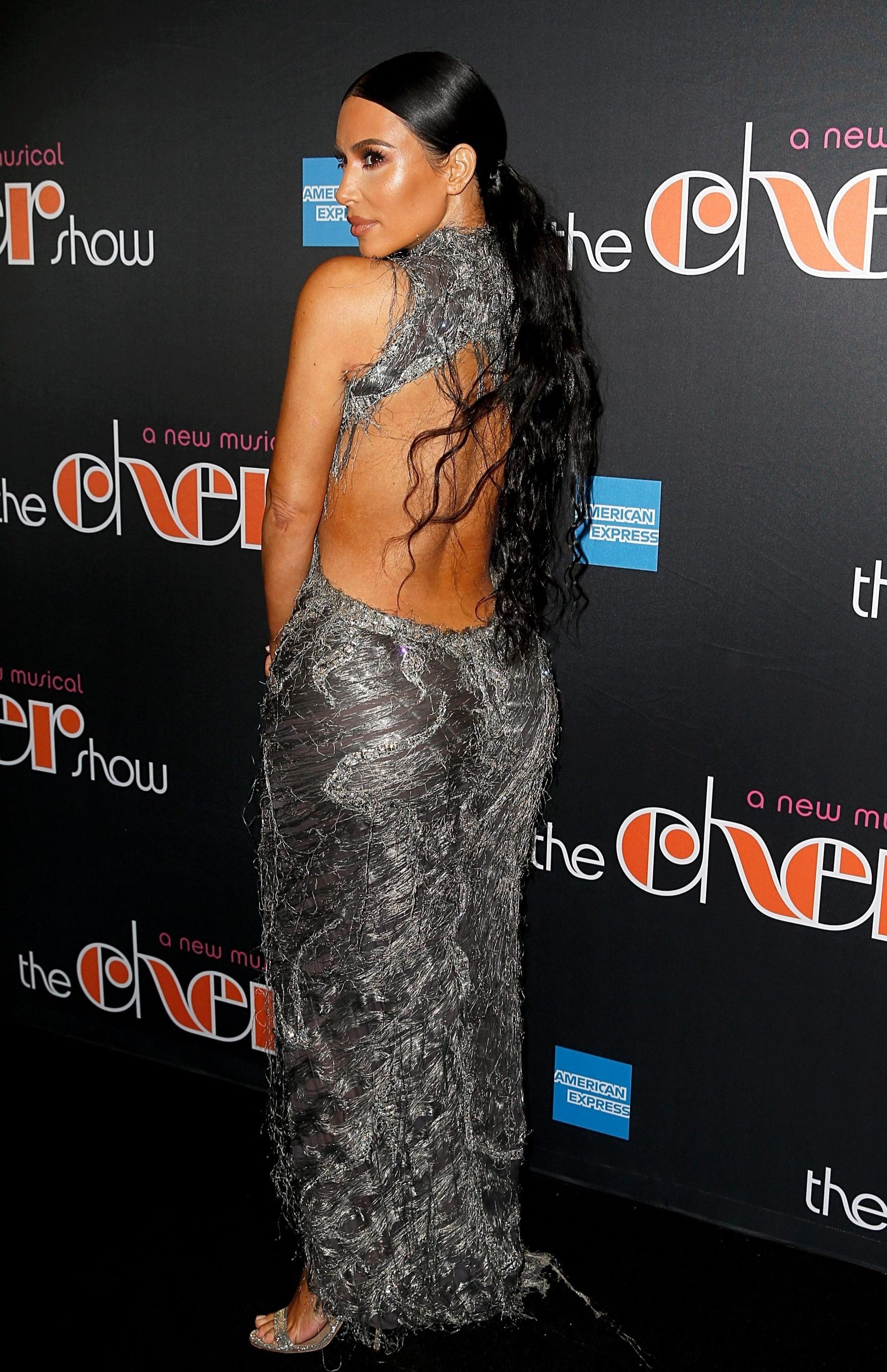 The stunning silver gown showed of the mum-of-three’s famous curves and in particular her bum thanks to the backless detail.

Kim has made no secret of her love for Cher over the years and has often dressed up as the style icon.

Her husband Kanye might not be such a fan though – as he was caught using his phone during the musical based on the Believe hitmaker.

The rapper was called out for his actions by Jarrod Spector – who plays Sonny Bono in the production.

He tweeted: "Hey @kanyewest so cool that you're here at @TheCherShow! 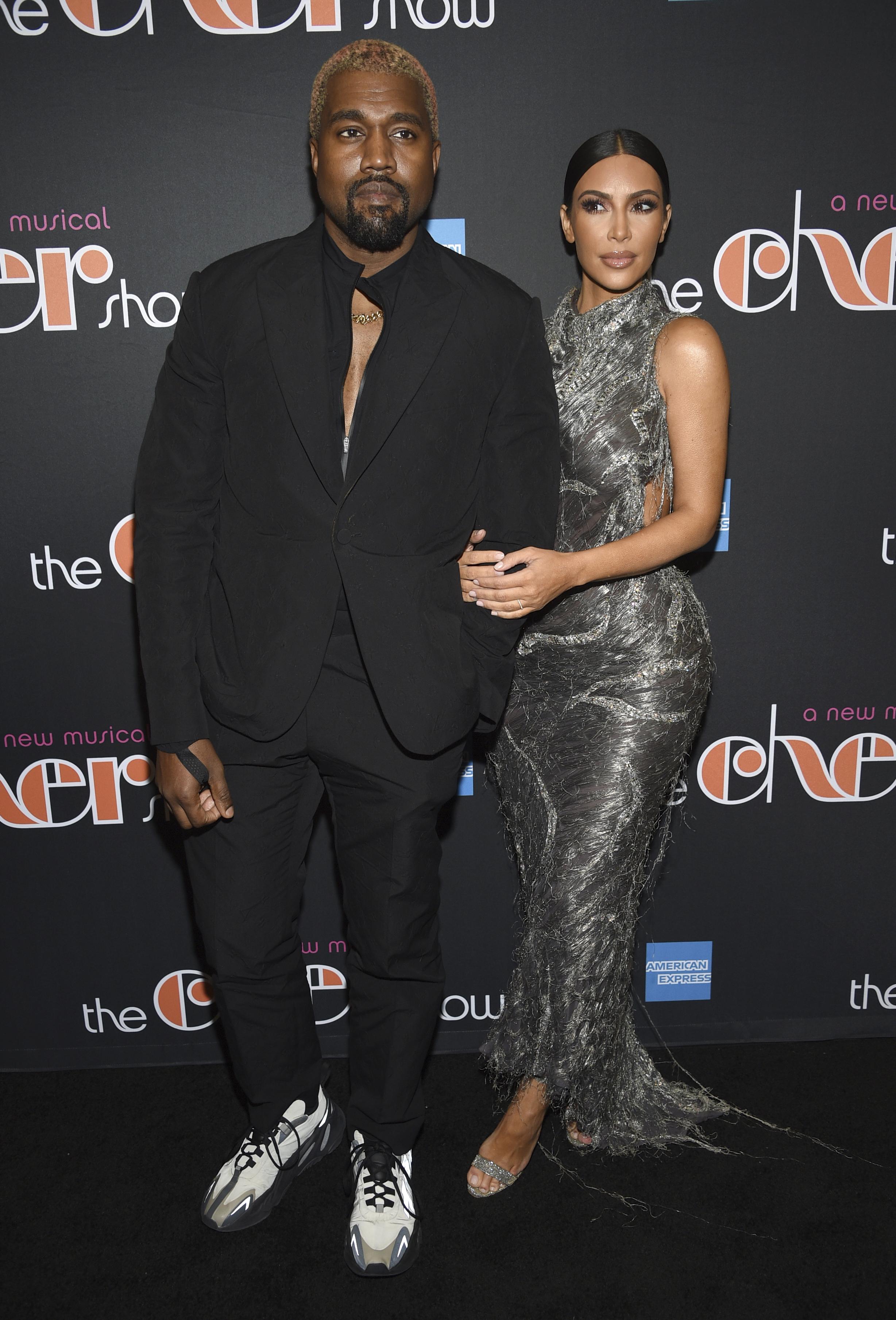 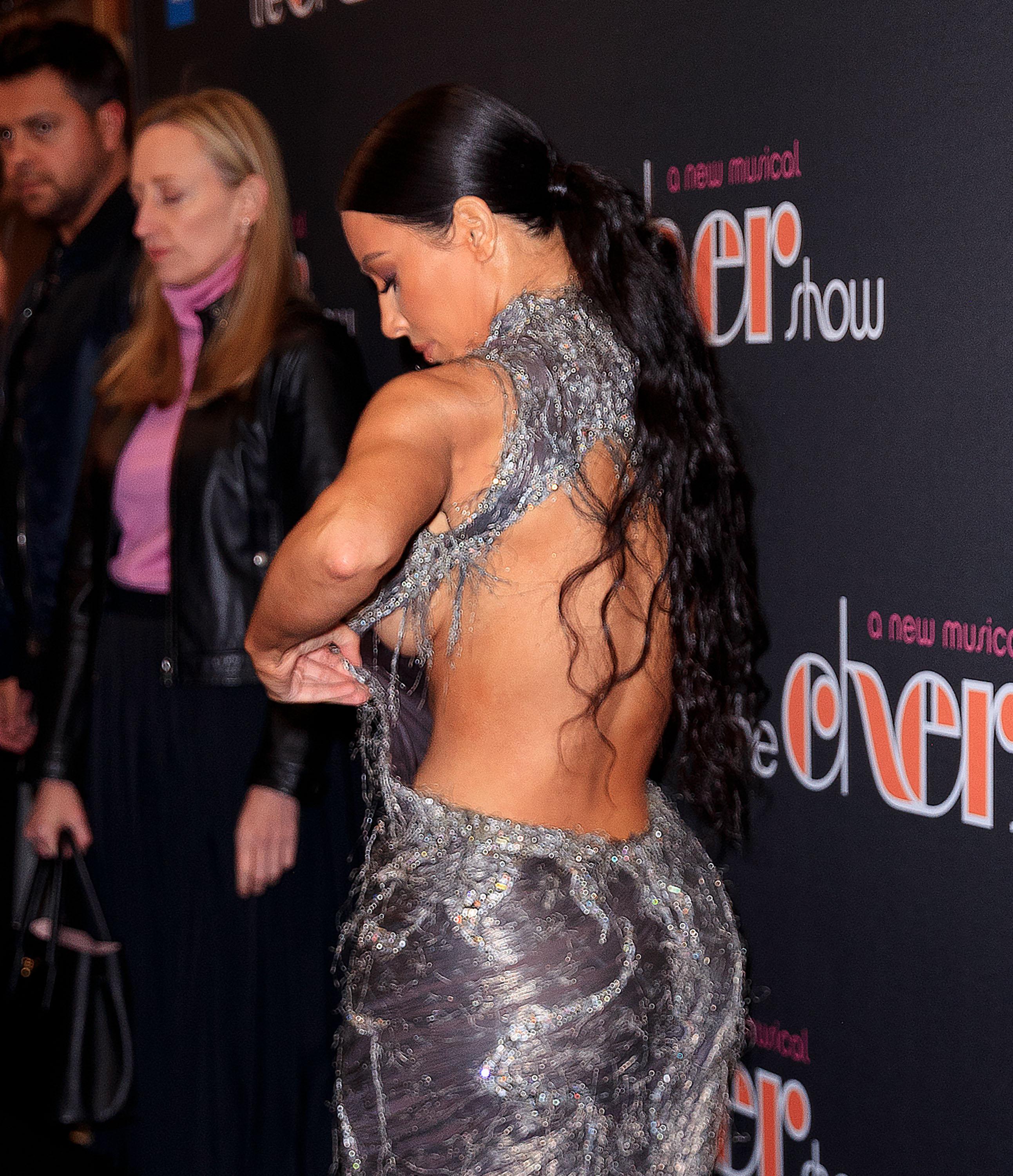 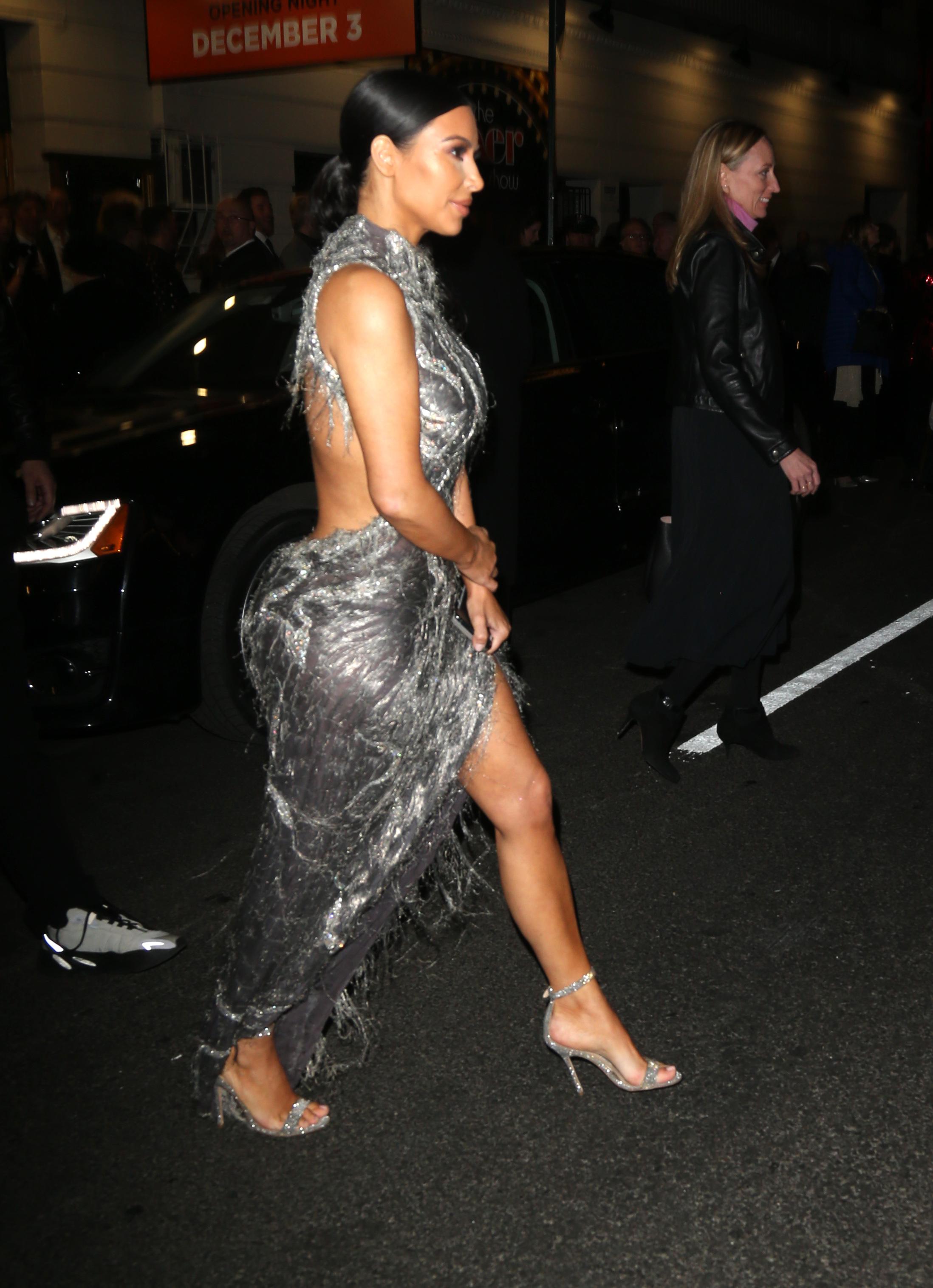 "If you look up from your cell phone you'll see we're doing a show up here. It's opening night. Kind of a big deal for us. Thanks so much."

Kanye took the criticism in his stride, and praised the show as he apologised for his "lack of etiquette".

He replied: "The dynamics of Cher and Sonny's relationship made Kim and I grab each other's hand and sing 'I got you babe' please pardon my lack of etiquette.

"We have so much appreciation for the energy you guys put into making this master piece." 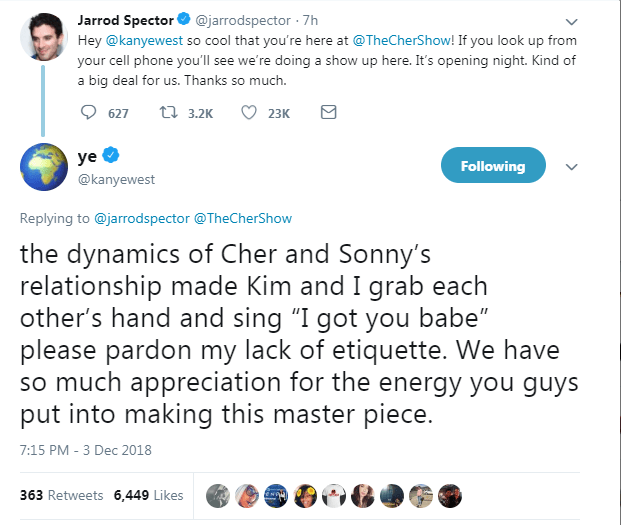 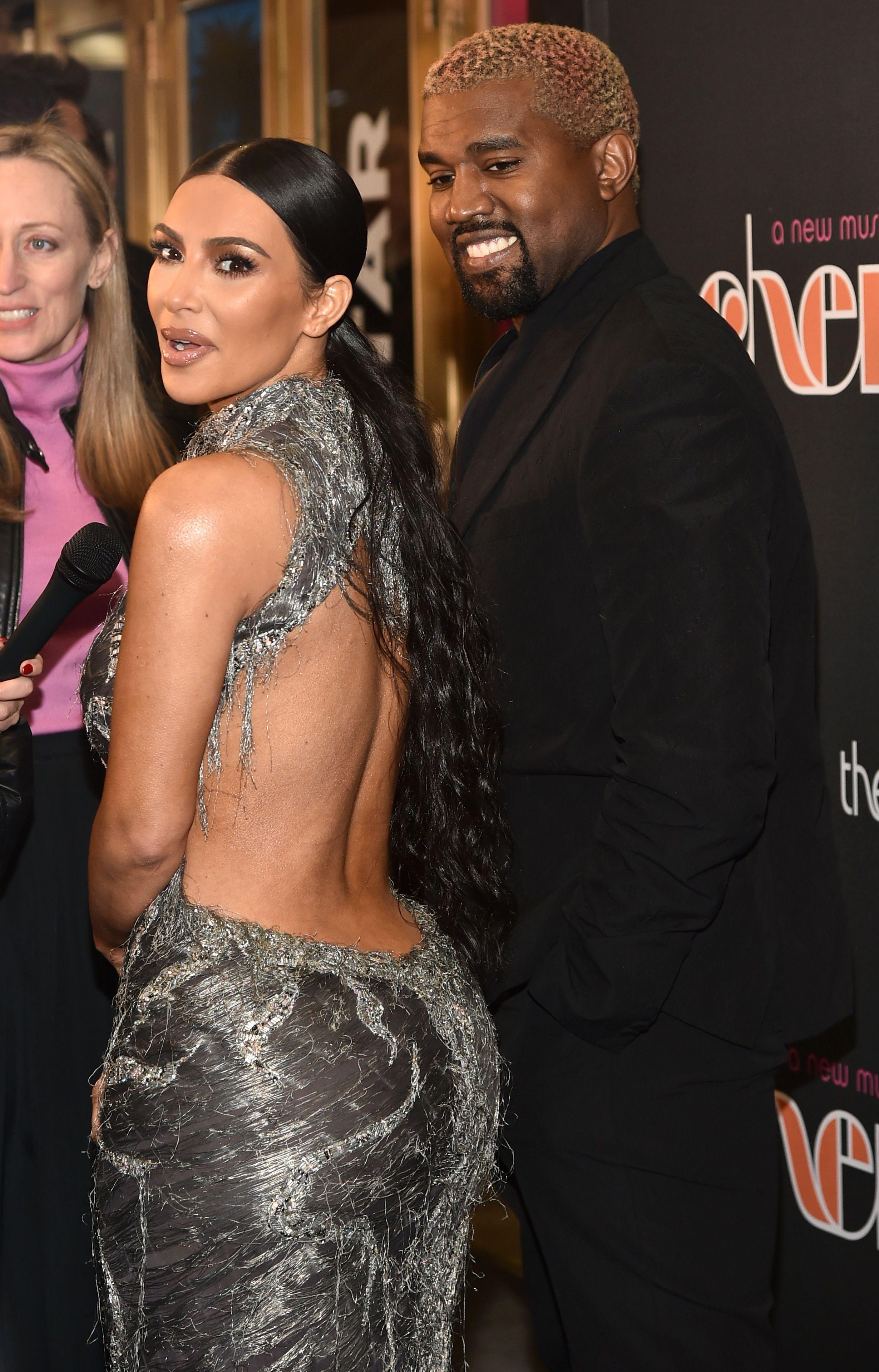 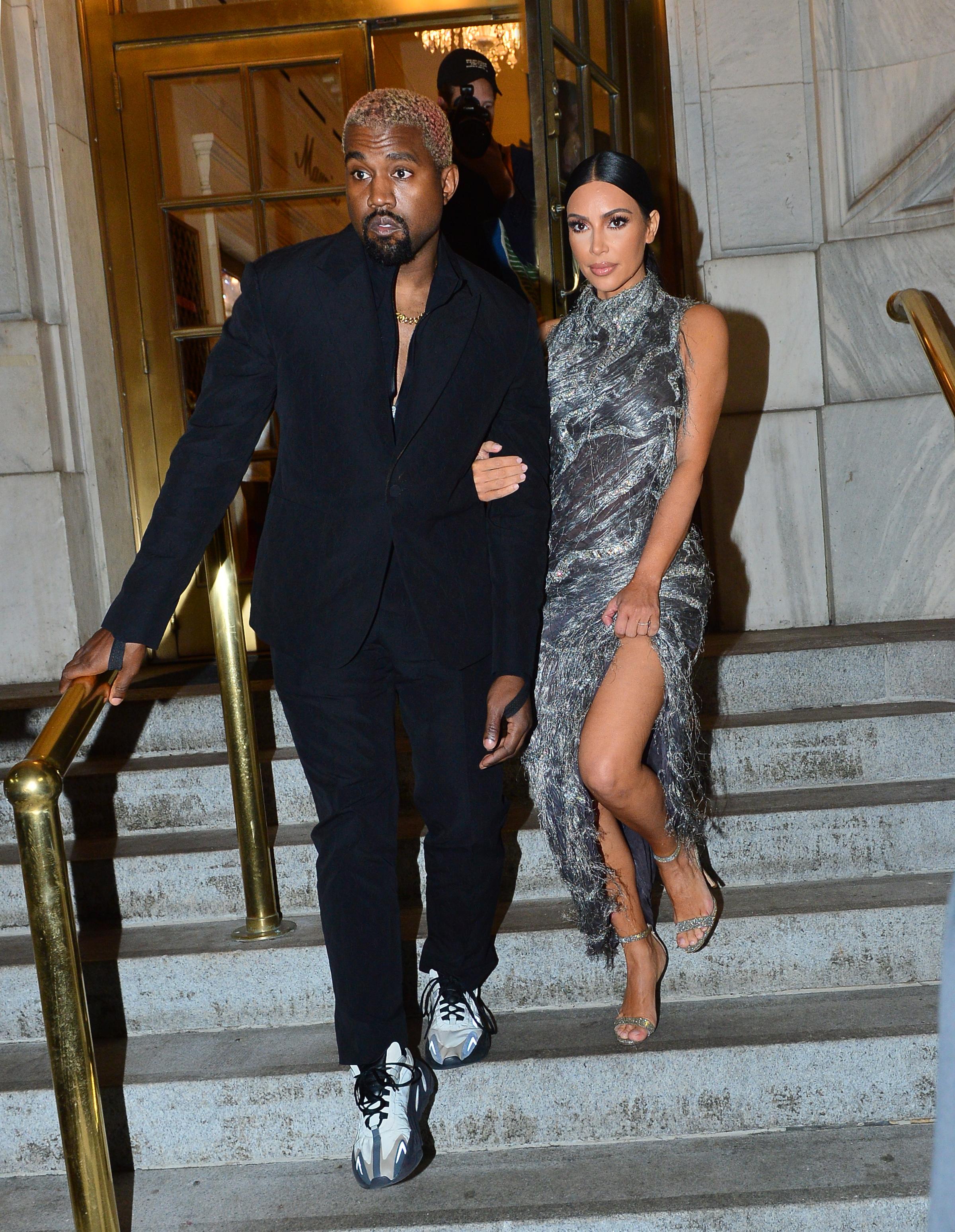 Meanwhile Cher,  72, admitted she is very "critical" and hard to impress, but she was very impressed by those who have key roles in the production.

She said: "I am the most critical person who ever drew breath," she said. "If they can impress me, they're doing good. The girls who play me have so much to do.

"The lady who plays my mom is great. That's a very important part. It starts the whole tenor of the project: How my mom treated me as a child. 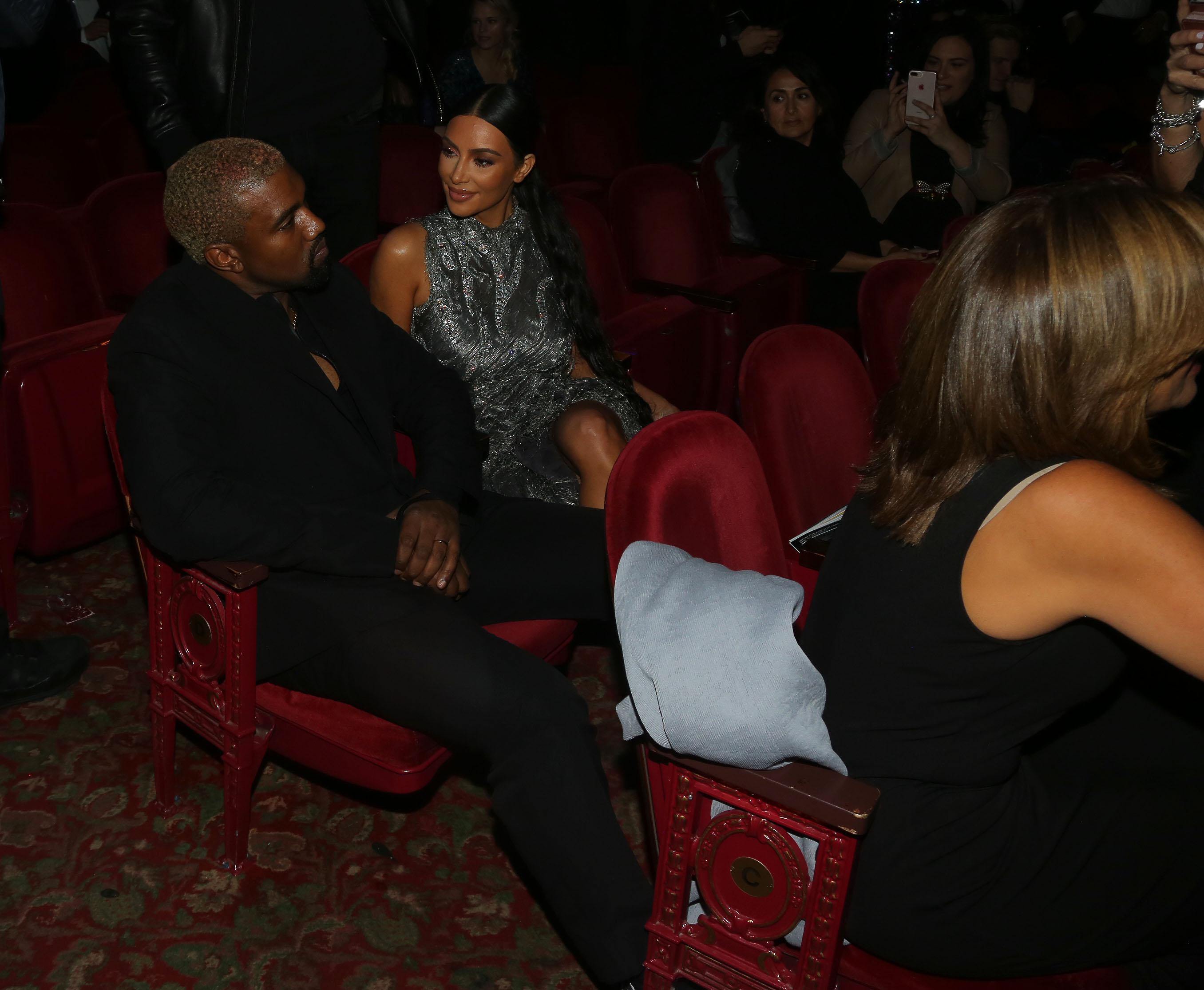 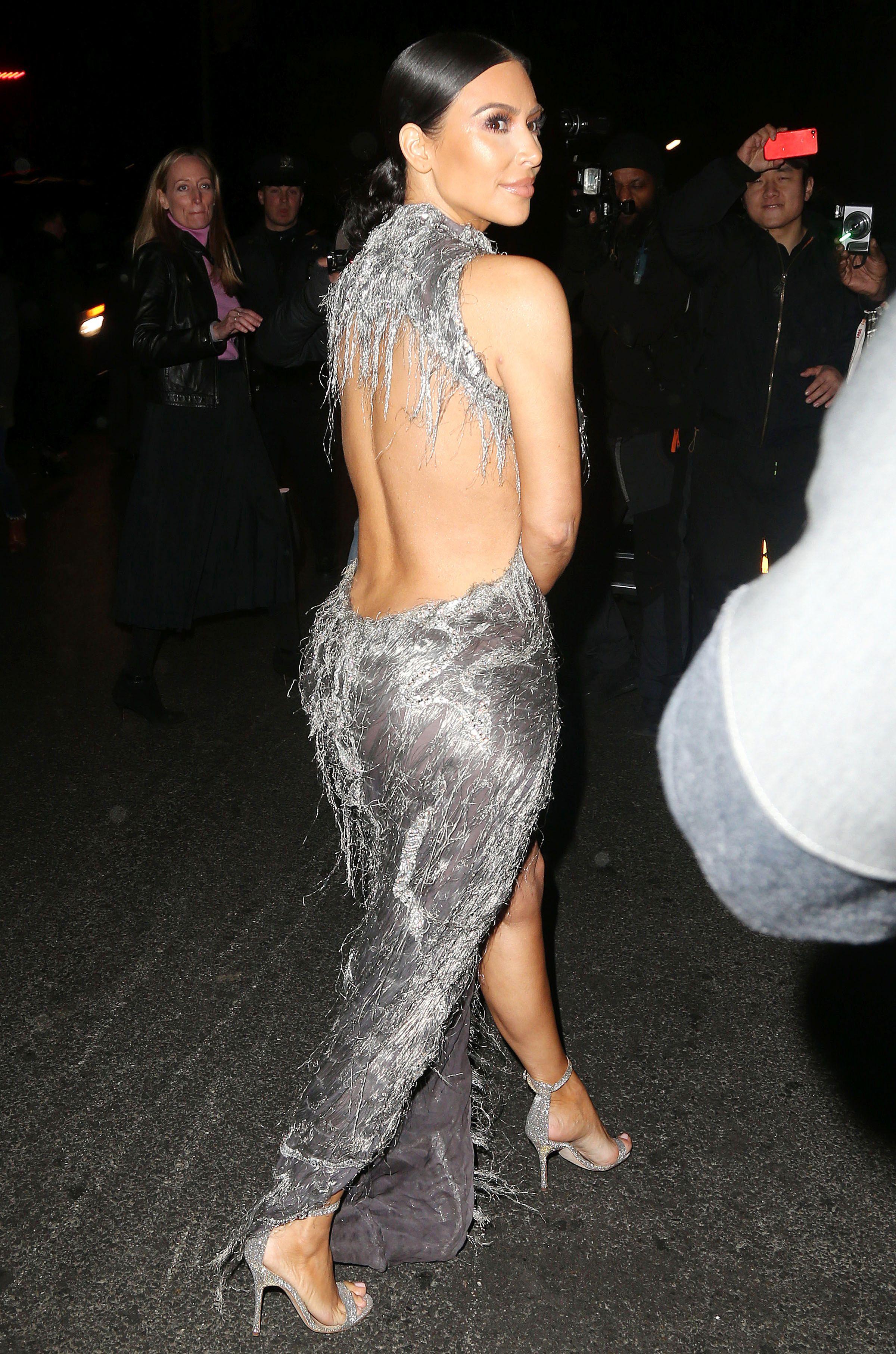 She explained: "The fights. The break-ups. The people who are lost. Everything that was hard in real life.

"But I really love it when all the girls are together. In art you are talented or you're not, so people are either talented or they're not, and these people are all really talented. And those songs are hard."

Girl, 16, dies after being hit by a lorry while walking near her home in Lincolnshire

How old is John Grisham, when did he write The Innocent Man and what's his net worth?
World News