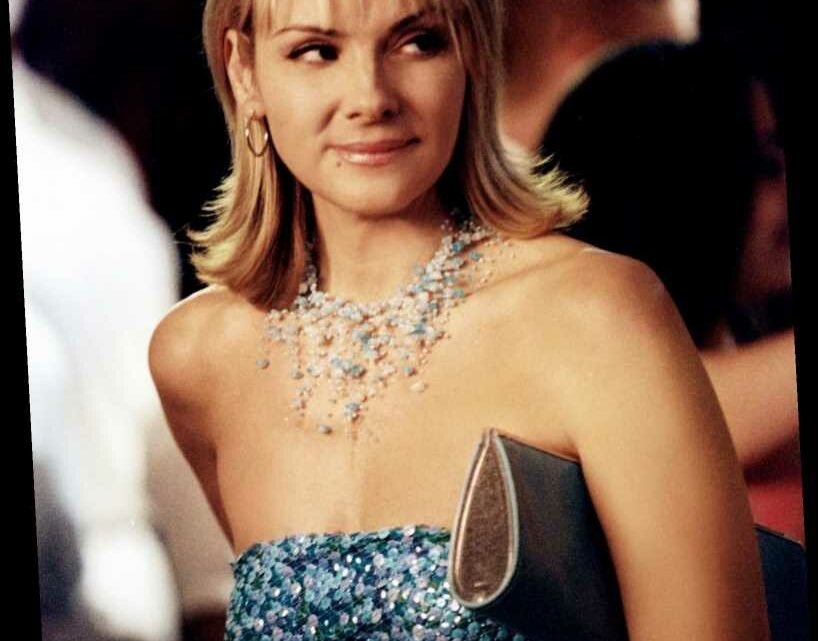 Kim Cattrall is opening up about her decision not to return to Sex and the City, just as rumors of a potential reboot of the popular franchise are bubbling up.

Cattrall, 64, appeared on the Women's Prize for Fiction podcast this week and said her time on the show “was a lot of fun and I loved it.” She also discussed the backlash she’s received over the years for declining to do a third Sex and the City film.

“I remember getting a lot of grief on social media for not wanting to do a film. It was astonishing some of the things people wrote to me — ‘I work in a bank and I don't like this person and I don't like the hours, and I don’t like this and I do it so you just do it!’” she said. “'Give me what I want. I do it. I'm miserable, you be miserable too.'”

Though she didn’t specify that she was discussing the SATC franchise, Cattrall, who currently stars on the Fox drama Filthy Rich, added that she feels “lucky” to be able to make her own decisions about the work she takes.

“I'm lucky enough to have choice, not that I haven't worked for it, but I have it,” Cattrall continued. “It's something I feel very lucky to have and I'm very protective of it. I wouldn't be any good doing something that I really didn't want to do.”

Her statements come amid reports that a long-awaited revival of Sex and the City may be happening as a limited series on HBO Max. According to Page Six, the series would see Sarah Jessica Parker, Kristin Davis and Cynthia Nixon reprise their original roles as Carrie Bradshaw, Charlotte York Goldenblatt and Miranda Hobbes, respectively.

Cattrall, who played Samantha Jones, is not expected to make a return and it is unclear if Samantha will be recast for the potential new episodes.

HBO Max did not immediately respond to PEOPLE's request for comment.

Fans have long sought another installment of the popular franchise, which originally aired as a TV show from 1998 to 2004, and scored two spin-off movies.

In October 2018, Parker, 55, announced that plans for Sex and the City 3 were officially dashed when Cattrall declined to return for a third movie.

“I went past the finish line playing Samantha Jones because I loved Sex and the City,” Cattrall told The Guardian last year. “It was a blessing in so many ways but after the second movie I’d had enough.”

Cattrall also claimed that she had allegedly faced “bullying” when she turned down the reboot. “I couldn’t understand why they wouldn’t just replace me with another actress instead of wasting time bullying,” she added. “No means no."

In September, Nixon appeared on Bravo's Watch What Happens Live where she shared her thoughts on who would be best to replace Cattrall.

The actress said her Ratched costar Sharon Stone would be a "totally amazing" pick to replace Cattrall as Samantha.

"But I've also heard many people say, including Kim Cattrall herself, that if we were to have a different fourth woman that maybe it would be a woman of color this time," the actress continued. "And I think that would be amazing as well."