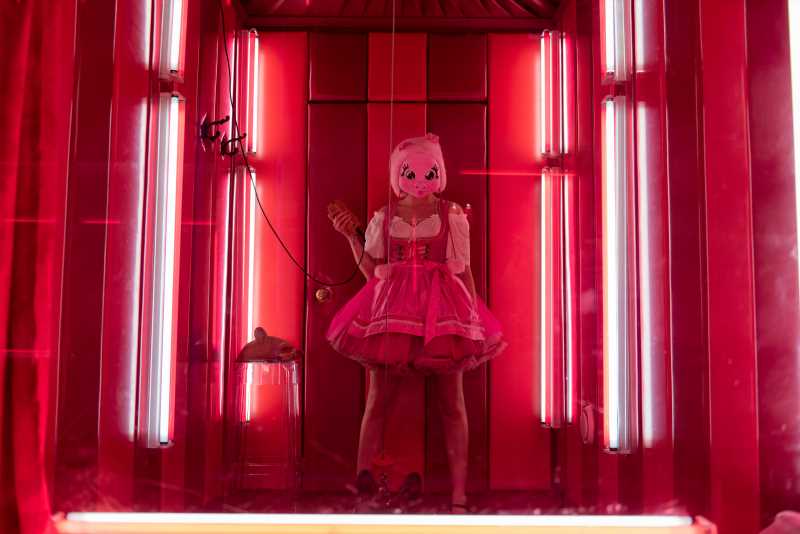 A review of “Desperate Times,” this week’s Killing Eve, coming up just as soon as I tell you which Doctor Who companion I fantasize about most…

Midway through “Desperate Times,” an irritated Niko suggests that their family’s new security guard is there to protect him and Eve from Villanelle. This is a logical assumption, and an accurate one, but Eve doesn’t want her husband to know how much Villanelle has taken over her professional and emotional lives. So she becomes obnoxiously defensive, insisting — as Carolyn did to her at the end of last week’s episode — that her job involves far more than the hunt for one assassin, and Niko is being silly for suggesting otherwise.

Niko wisely doesn’t buy into this attempt at gaslighting. But that argument — and the episode as a whole — hangs a lamp on an ongoing challenge for the series now that it’s meant to be around for at least three seasons (and probably more, based on how long, say, Orphan Black lingered). Killing Eve can’t just involve the two main characters making moves and countermoves at each other. It needs to have more potential stories, and to be able to occasionally lean on other characters, or it’ll be burnt out long before BBC America tells the latest showrunner to wrap everything up. But to this point, the series is just so much more compelling when it’s focusing on Eve vs. Villanelle.

“Desperate Times” is about the two women trying, with varying degrees of success, to take their minds off of one another. Eve, chastened by her screw-up with Konstantin, throws herself wholeheartedly into the search for The Ghost, and soon proves that her obsessive personality can be effectively applied to more than one female assassin. Villanelle, on the other hand, struggles to amuse herself performing a revenge killing in Amsterdam. Really, though, she’s just trying to attract Eve’s attention, and when Carolyn instead sends Jess(*) there to investigate, it sets Villanelle off on a dangerous, drug-fueled night at a club.

(*) I’m starting to get nervous about Chekhov’s Pregnant Belly whenever we spend too much time with Jess, given how dangerous this job is and how many of Eve’s colleagues have already been murdered by Villanelle. Hopefully, her pregnancy is just there as another of the show’s commentaries on the things women have to put up with that men don’t. But we’ll see.

There’s even an attempt to further expand the show’s fictional universe by following Carolyn to a meeting with her own inscrutable boss, Helen (Zoe Wannamaker), a scattered but intimidating woman with colorful socks and a can of Pringles(*). It’s actually one of the episode’s more purely entertaining scenes, not only for showing us a new, more flustered side of Carolyn, but for conveying the different ways that female power can present itself. There are moments where Helen seems utterly oblivious to what’s happening, but she is also unquestionably in charge of things, and Carolyn’s post-meeting anxiety felt entirely appropriate.

(*) Never has TV better conveyed the idea of stress-eating than when Helen tosses the Pringles can into the trash to prevent herself from having more, only to fish it out moments later and resume snacking.

For this hour, at least, Killing Eve manages to make the separation of the two leads nearly as compelling as their interactions. It’s hard to care much about who wants to kill everyone connected to Aaron Peel‘s father, and why. But the pursuit of The Ghost herself is fascinating because of how thoroughly Eve throws herself into it. Sandra Oh plays this kind of focused mania so well, and we see how reckless Eve becomes from the euphoria of doing the job well. When she chased Villanelle, she fell in love with her. The Ghost is a more abstract figure until Eve meets her as the assassin is dropping her kids off at school, so instead her attraction turns to, of all people, Hugo. She seems more than willing to let her sexist young colleague kiss her until they’re both saved from the hovering transgression by a text from Kenny. And even before the attempted kiss, there’s a flirtatious euphoria to their conversation inside the chicken shop. She doesn’t like Hugo, but she has to let these feelings out on somebody, and Niko is both out of the loop and rightly ticked off at her at the moment.

Villanelle, meanwhile, stages her most baroque murder yet, pairing a dirndl and a pig mask to publicly murder a cheating husband in front of a crowd of red light district tourists and the man’s vengeful wife. It’s visually impressive, but Villanelle feels nothing from it. Her night at the club, where she nearly strangles a woman to death for cutting in front of her in the bathroom, is even more reckless than what Eve’s up to with Hugo.

We conclude with our two leads hundreds of miles apart, each studying her reflection in a mirror. Eve is composing herself, feeling confident as she prepares to interrogate The Ghost while Carolyn observes her from the next room. Villanelle is crying, trying to make herself feel better about her current circumstances, and perhaps brainstorming a new plan to get with her current angel of the morning (as a German cover of the Juice Newton soft-rock classic plays).

For this week, Eve is doing much better at establishing a life beyond Villanelle than vice versa. Killing Eve as a whole will have to keep being diligent about doing the same for both women, even as it provides us with those periodic magic moments where their paths cross again.