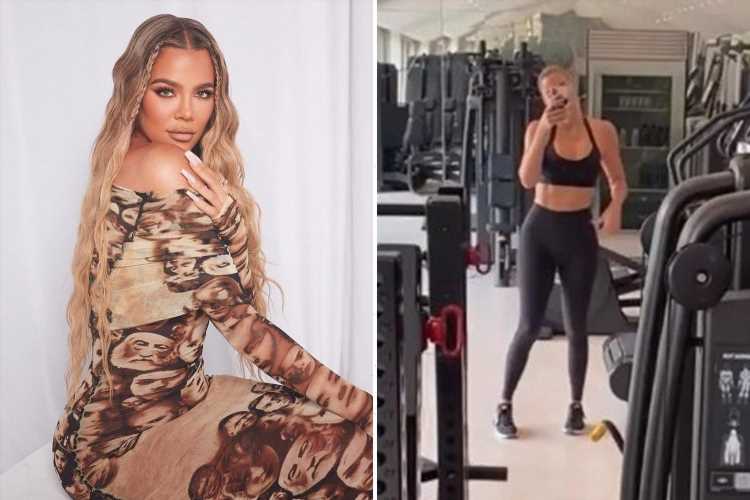 KHLOE Kardashian put all of her focus and attention on her fitness this week after being “banned” from the Met Gala this year.

The 37-year-old flaunted her strong abs and sleek stomach in a new workout video, wearing just a sports bra and tight pants. 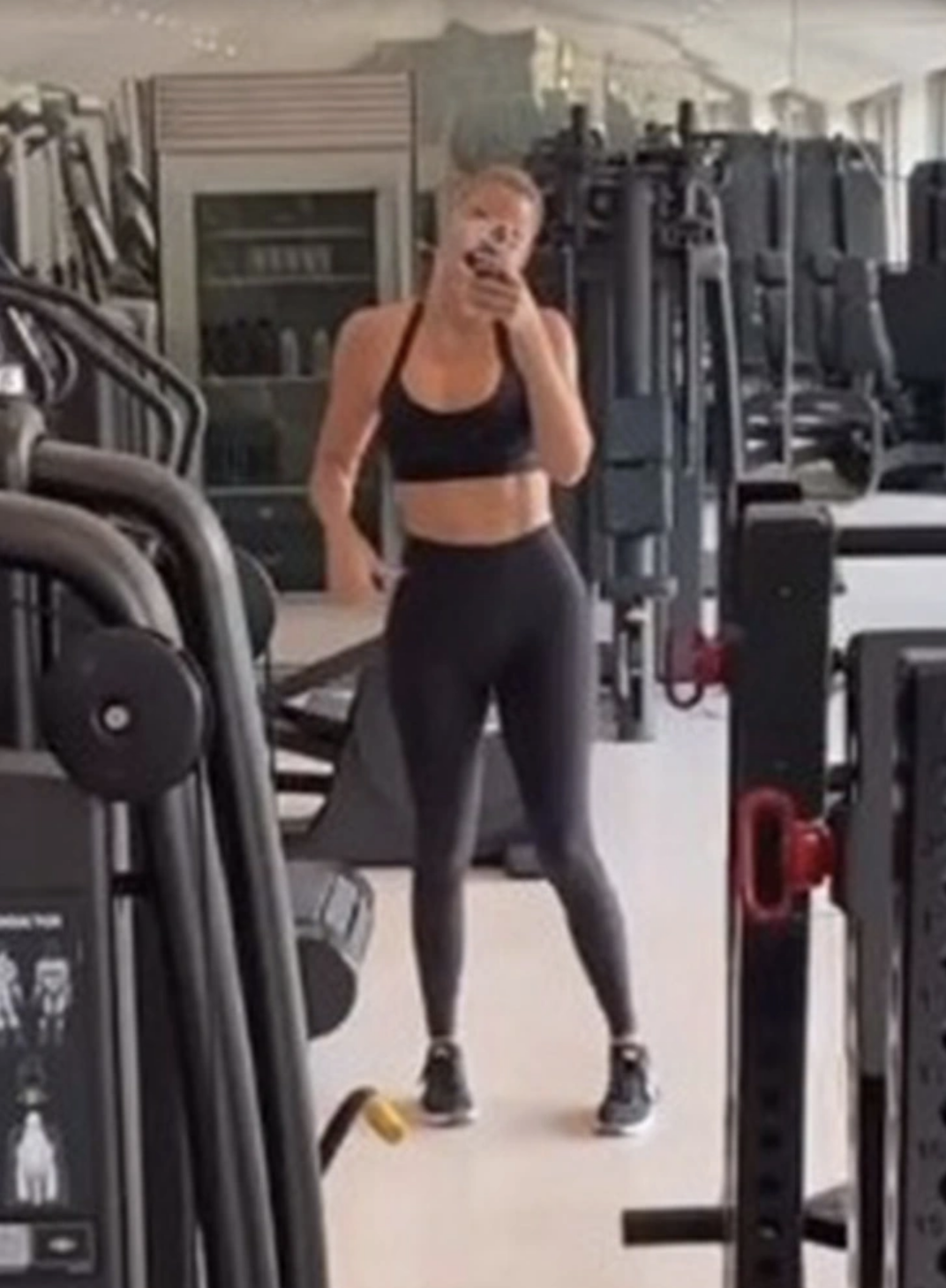 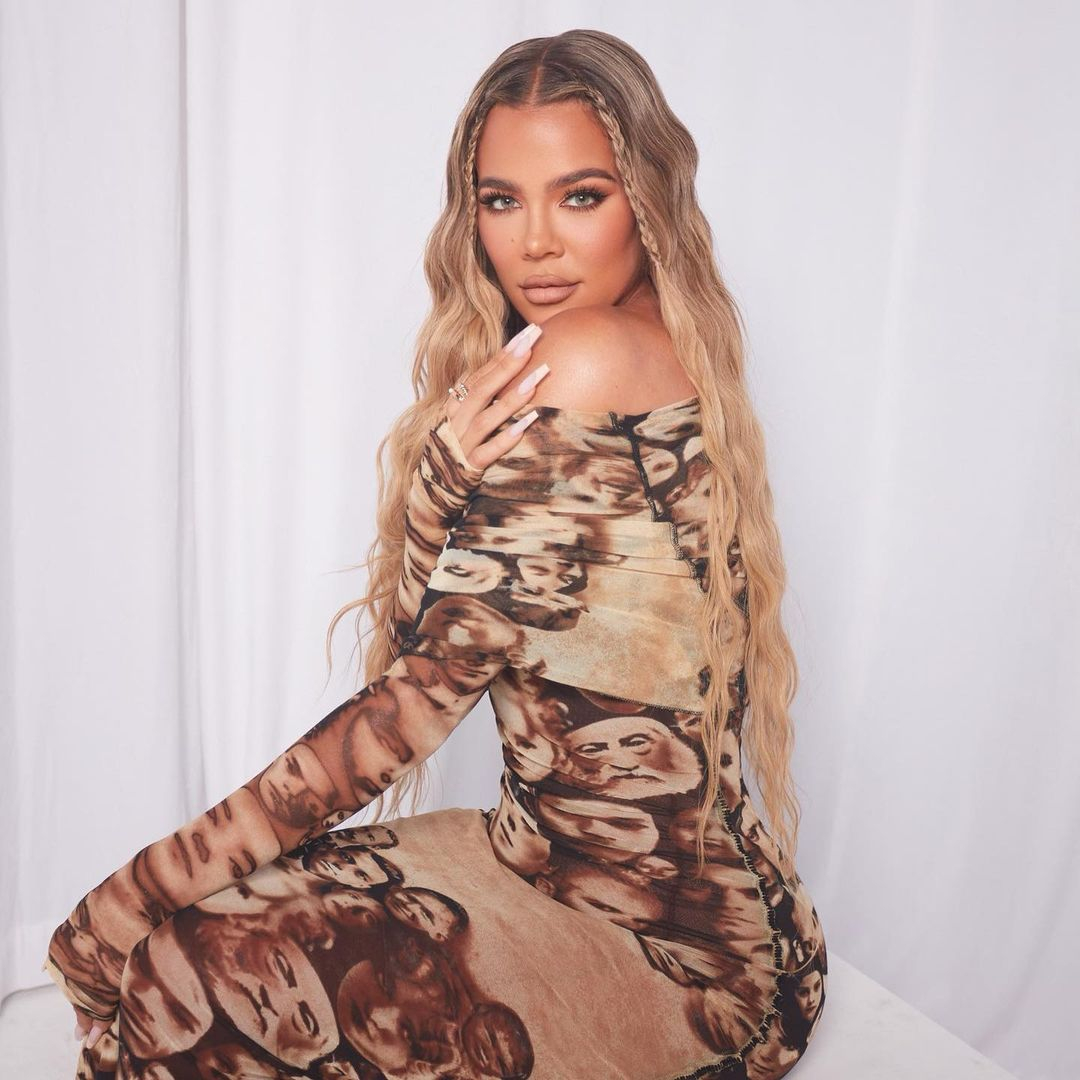 Khloe got an early morning sweat session in on Friday in her state-of-the-art gym.

She filmed herself as she walked up to the mirror-covered wall and stopped to pose for the camera to show off her incredible body from a few different angles.

The Keeping Up With the Kardashians star donned a low-cut black sports bra, high-waisted black workout leggings, and a pair of black sneakers.

To keep herself cool and focused, Khloe kept her hair out of her face with it tightly pulled back.

The extra attention toward fitness comes after Kim Kardashian, Kendall Jenner, and Kris Jenner attended this year’s Met Gala, but Khloe wasn't invited, after she was “banned” for being “too C-list,” sources claimed.

Neither she nor her older sister, Kourtney, were invited to the Super Bowl of fashion, and Kylie Jenner, who has attended in the past, opted out after recently announcing she’s pregnant.

Sources revealed Khloe was banned from the glamorous celebration as she is unable to compete with the host of modeling, film and music stars.

Despite not going, Khloe still supported her sisters' attendance and lavish outfits.

Khloe took to her Instagram Stories to upload a shot of half-sibling Kendall dazzling in her plunging sheer sequin gown with matching collar, and commented: "Ate that up."

She then added: "I'm not OK," alongside an image of the Victoria's Secret catwalk queen striking a pose on the steps.

Meanwhile, not forgetting elder sister Kim's striking full-face catsuit, the mom of one re-posted a series of images from her profile.

The 37-year-old was reportedly barred from the star-studded evening at the New York Metropolitan Museum of Art for not being famous enough.

Vogue's Editor in Chief Anna Wintour is said to regard the reality TV favorite as "too C-list" for the red carpet.

Now she's being labeled as as too "C-list" by her fans, as well, after repeatedly posting ads on her Instagram.

In her most recent post, the Keeping Up With The Kardashians alum posted a video alongside singing sensation Doja Cat.

The video, posted to her Instagram, was one in a series of sponsored ads for the hit mobile app, Candy Crush.

The duo showed off their candy colored nails as their voices were dubbed over with catchphrases from the game, including "tasty" and "delicious."

Many fans thought that Khloe's continuous sponsored posts were "cringe," with others claiming the reality star has fallen from fame compared to her siblings. 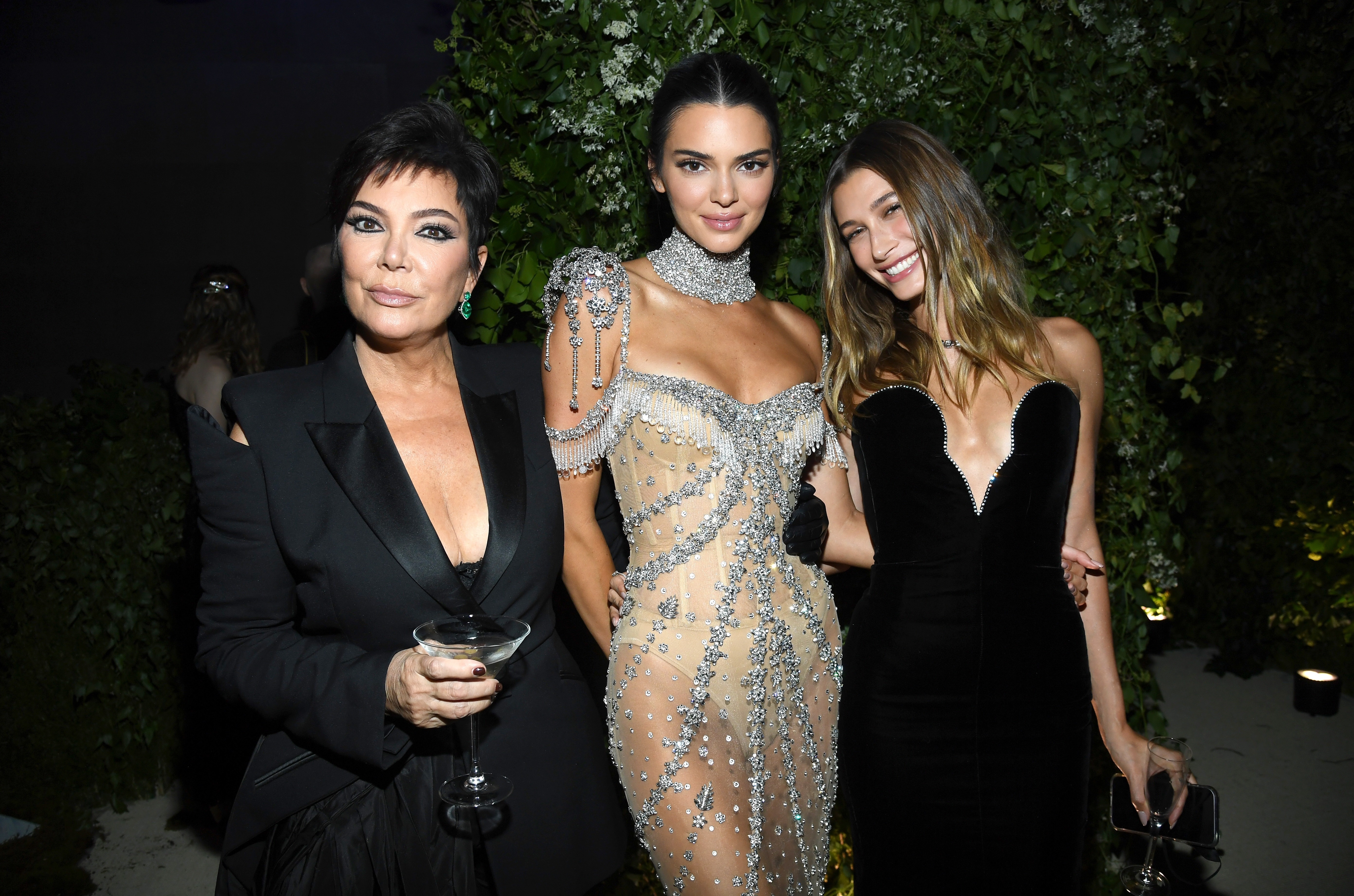 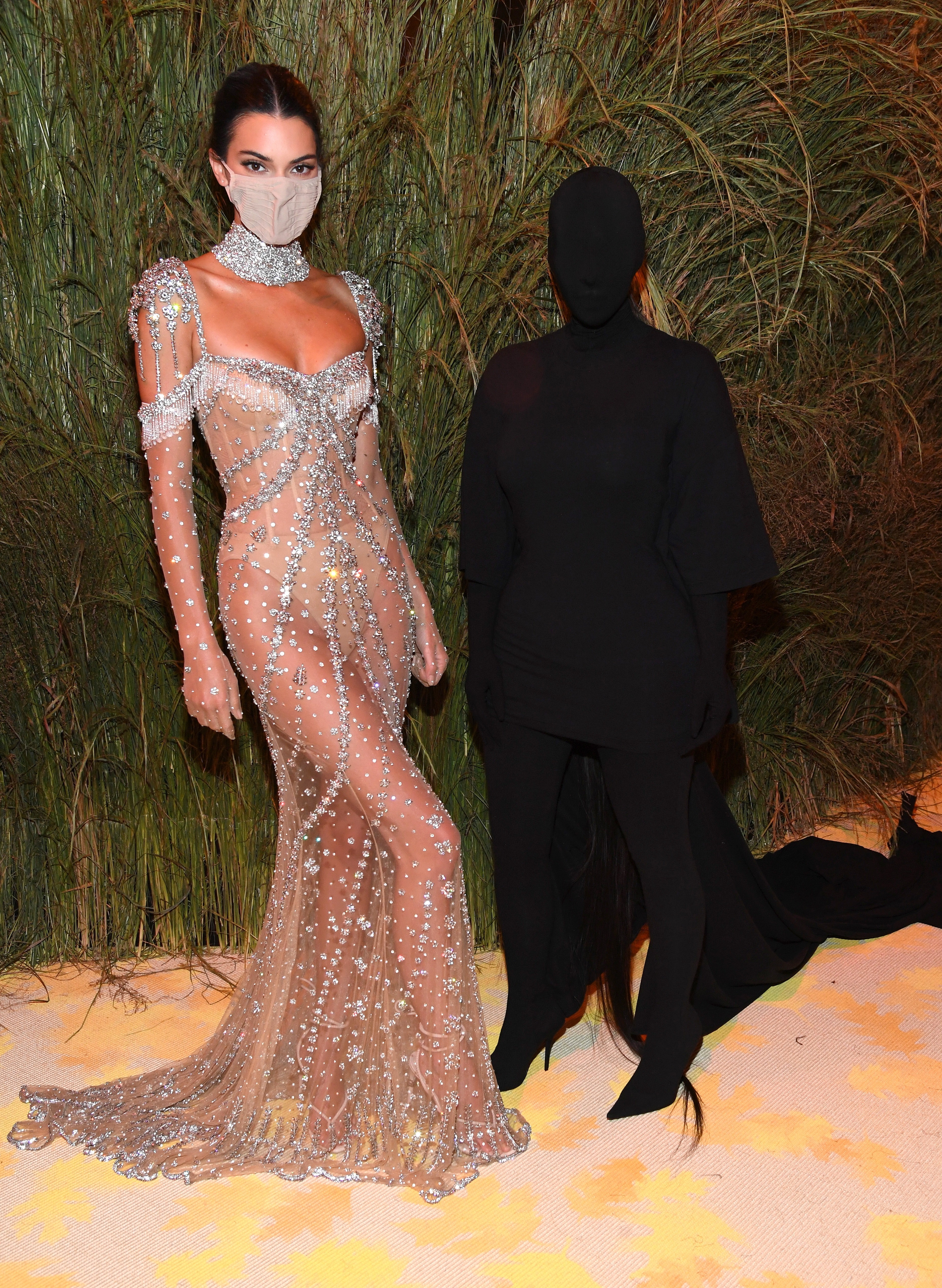 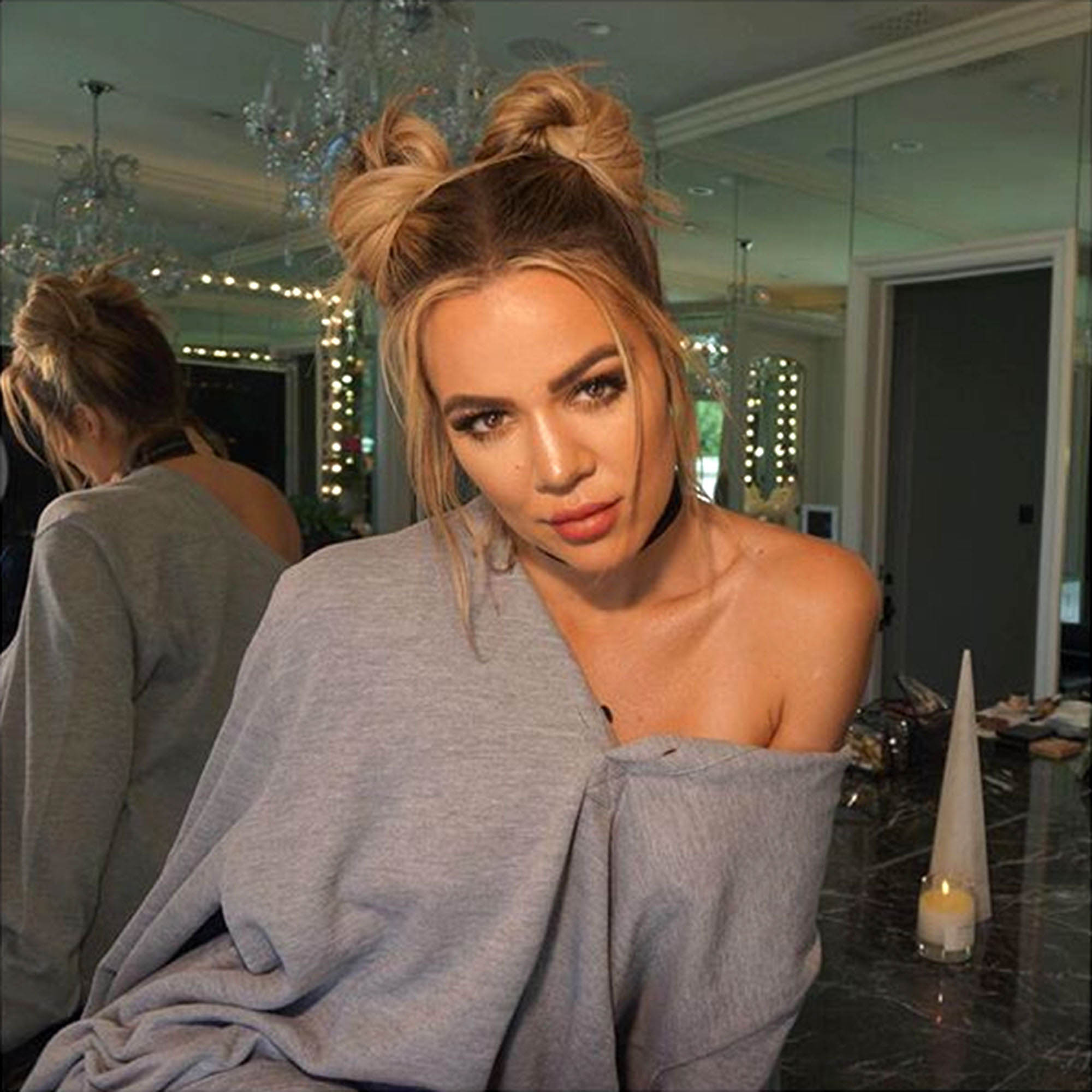 Who is Dean Berta Vinales and how did he die?
World News