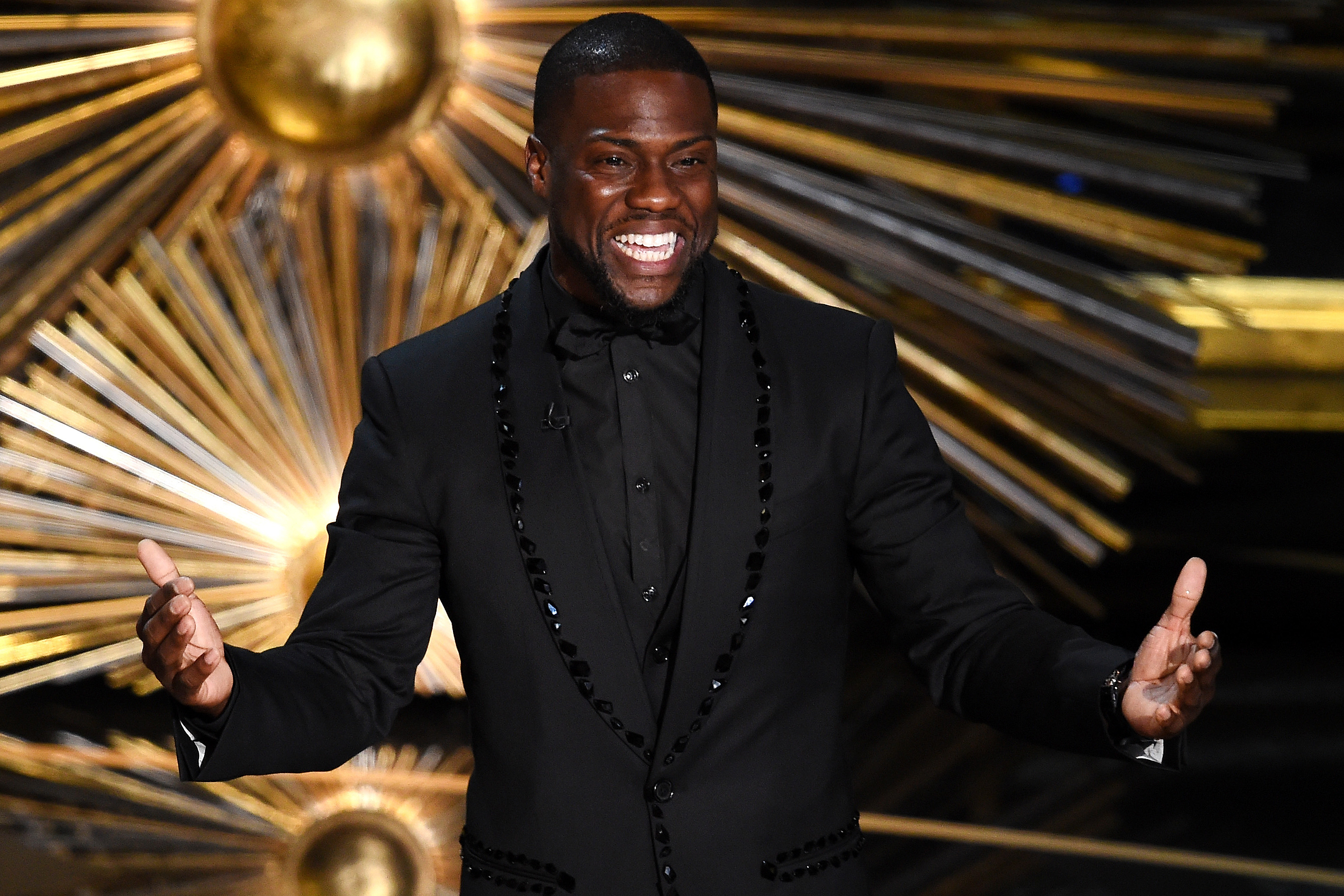 Kevin Hart Confirms He Is Hosting the 2019 Oscars: 'I Am Blown Away'

The 39-year-old comedian confirmed on Instagram Tuesday night that he is hosting the 2019 Academy Awards in February. Hart shared a photo of the iconic gold statue with a special message to his fans.

“For years I have been asked if I would ever Host the Oscars and my answer was always the same…I said that it would be the opportunity of a lifetime for me as a comedian and that it will happen when it’s suppose to,” Hart wrote in the caption.

“I am so happy to say that the day has finally come for me to host the Oscars. I am blown away simply because this has been a goal on my list for a long time….To be able to join the legendary list of host that have graced that stage is unbelievable,” he continued.

Hart added, “I know my mom is smiling from ear to ear right now. I want to thank my family/friends/fans for supporting me & riding with me all this time….I will be sure to make this years Oscars a special one. I appreciate the @TheAcademy for the opportunity ….now it’s time to rise to the occasion #Oscars.”

The Academy of Motion Picture Arts and Sciences also confirmed the news on Instagram with a photo of Hart on the Oscars stage.

“Meet our new host. Tune in. February 24,” the caption read.

Hart is following in the footsteps of Jimmy Kimmel, who hosted the awards show for the last two years, as well as Ellen DeGeneres, Neil Patrick Harris, Alec Baldwin, Steve Martin, Billy Crystal and Jon Stewart to name a few.

The Jumanji: Welcome to the Jungle star told Variety last year he would “definitely” host the Oscars, “just to say I did it in my career.”

The actor has recently starred in Night School opposite Tiffany Haddish, Girls Trip, and is currently filming The Secret Life of Pets 2.