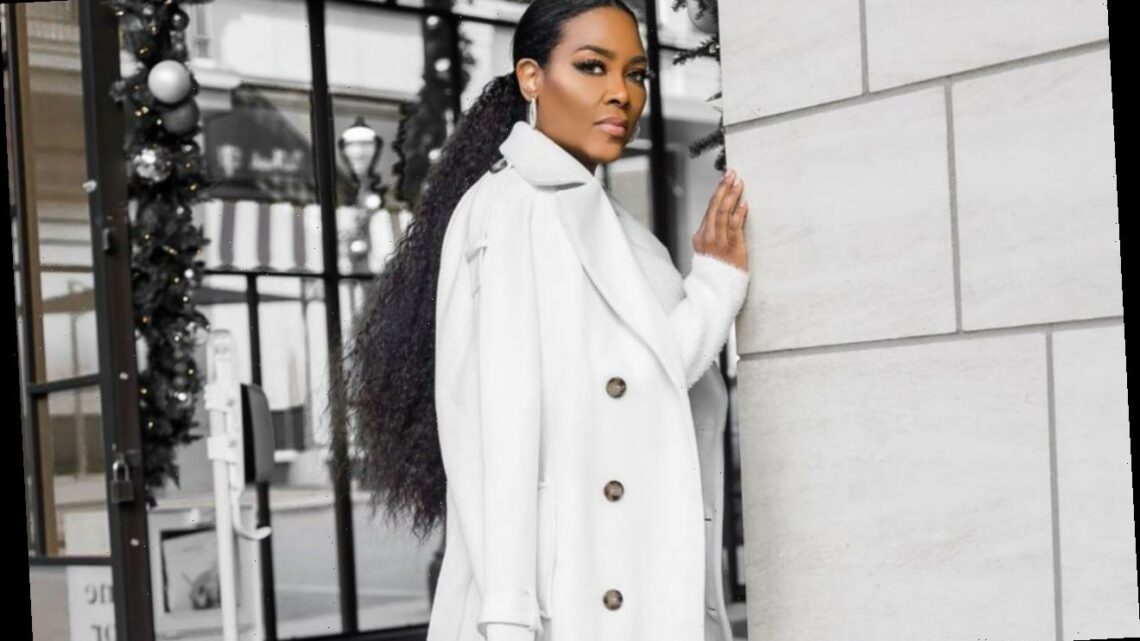 ‘The Real Housewives of Atlanta’ star is facing backlash for ‘cultural appropriation’ after dressing up as a ‘warrior princess’ to a costume party in the March 21 episode of the hit reality show.

AceShowbiz –Kenya Moore has expressed remorse for her offensive Halloween costume. Having come under fire for wearing a Native American headdress and costume in an episode of “The Real Housewives of Atlanta“, the reality TV star said she was “genuinely sorry,” leading Bravo to share hope it could serve as a teachable moment.

The 50-year-old issued her apologetic statement via Twitter on Tuesday, March 23. “I want to sincerely apologize for inappropriately wearing the Native American headdress as a costume,” she said. “I now realize that this was both disrespectful and insensitive and would never have done it if I had that knowledge and understanding beforehand. I regret it. When you know better, you do better. I am genuinely sorry.”

Also responding to the cultural appropriation controversy was the series’ network. “Bravo aims to have the highest standards of respect and inclusivity and we recognize that the recent episode of ‘The Real Housewives of Atlanta’, in which a cast member wears a Native American costume, did not uphold those values,” it said in a statement to the press.

“We had hoped it would provide a teachable moment, however in retrospect it is clear that the network did not address this properly given the gravity of the situation,” the network continued in its message. “We apologize to both the Native American community and our audience as a whole.”

Kenya faced backlash for “cultural appropriation” after dressing up as a “warrior princess” to a costume party in the Sunday, March 21 episode of “RHOA”. Some of her co-stars also took issue with her wardrobe choice. One in particular was Drew Sidora who stated in a confessional, “Kenya’s Native American costume is super problematic but I ain’t trying to ruffle no feathers for this girls’ trip.”

Drew went on, “It feels like I’m always the only one that sees the issues with Kenya Moore’s decisions.” Porsha Williams chimed in by stating, “Kenya is a Native American warrior. I thought we weren’t doing that no more. Like, I knew that this girl was crazy, but add lame to the list, add whack to the list.”

On Monday, March 22, a nonprofit initiative named IllumiNative condemned Kenya’s costume. “We are deeply disturbed by last night’s episode of #RHOA in which @thekenyamoore wore a Native American ‘warrior princess’ costume,” the organization stated on Twitter and Instagram. “Costumes that mock Native peoples, defame our traditions and cultures, and perpetuate negative stereotypes are racist.”

” ‘Playing Indian’ is a form of mascotry that is not just offensive, it is part of a long history of how Native peoples have been dehumanized,” the nonprofit further argued. “It is important that @bravotv, @comcast, @nbcuniversal, @bravoandy and @thekenyamoore apologize for the harm they have caused Native peoples and commit to ensuring offensive displays like this never happen again. Native people are not a costume.”