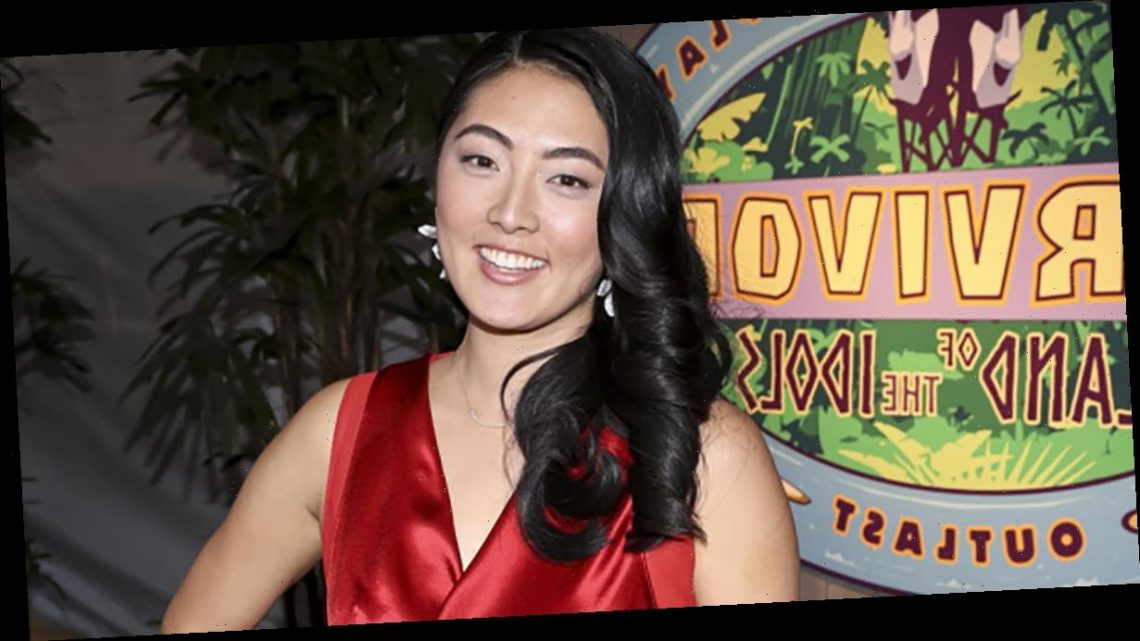 Kellee Kim Confronts Jeff Probst at Survivor Reunion, Says She Was 'Not Supported or Believed'

“You were right,” Probst told the contestant, who was voted out after she called out Dan Spilo for inappropriate touching, who was ultimately ejected 14 days later after another incident.

In an unprecedented season of "Survivor," the reunion show took a different approach for its second half, with contestant Kellee Kim alone on the stage with host and executive producer Jeff Probst.

Dan Spilo, who was ejected from the game for an undisclosed incident involving production crew after Kim called him out for inappropriate physical contact, was not present at all for the finale.

He went on to emphasize, "I want to acknowledge and apologize for your pain. You didn’t ask for it and you didn’t deserve it."

Kim had first confronted Spilo for unwanted touching way back in the season premiere for incidents that were caught on-camera. It became a continuing theme throughout the season and he was ultimately ejected 14 days later … but for an undisclosed incident with a member of the show’s production crew (reportedly another incident of unwanted touching).

"I think one of the things that has been the hardest was the fact that Dan remained in the game even after I spoke up," Kim told Probst. "And the reason why is not necessarily the injustice, it’s because I felt that I spoke up, and I was not being supported or believed."

In this era of #MeToo, one of the most important tenets of the movement is to believe women when they speak up. In this case, there was also corroborating evidence to support her claims. And yet she saw them weaponized against her by other women on the show and she was ultimately voted out.

Contestants were spoken to about respecting private space, and Dan was given a formal warning by production, but no one playing the game was made aware of that, nor the reason for them being told about personal space.

Speaking the feelings of so many women who’ve found themselves the victims of unwanted touching, advances or other sexual misconduct, Kim told Probst, "When someone goes through something like this, to not be supported and not be believed is really the hardest thing."

Probst conceded that production handled her allegations poorly when Spilo was only given a warning after she came forward to members of the crew about how uncomfortable the situation made her. "Your voice should have been enough," he said. "And it will be next time."

"I hope that this season of survivor isn’t just defined by inappropriate behavior or sexual harassment,” Kim said. “I hope that it’s defined by change. I feel like I can be really proud that I spoke up and I asked for these changes

Probst assured Kim and the show’s viewers that he and the production team have thought about how they handled this incident, and promised that "if it happened today, we would handle it much differently."

CBS and "Survivor" had previously laid out just how they planned to address Kim’s concerns and the pervasive issue that nearly derailed Season 39 entirely earlier in the week.

Beginning in Season 41 (Season 40 has already been filmed), the show says it will add another member to its staff, an "on-site professional" to handle confidential reporting of any concerns, as well as a "full range of reporting processes" players will be advised of before shooting begins.

Further, production is adding "new anti-harassment, unconscious bias and sensitivity training for cast, producers and production crew on location," as well as a new rule to the game "stating unwelcome physical contact, sexual harassment and impermissible biases cannot be brought into the competition and will not be permitted as part of gameplay."

They are also partnering with a "third-party expert in the field" to continue to evolve their processes and modify them as warranted moving forward. Finally, CBS has promised that the measures being implemented on "Survivor" to protect its players and staff will also be developed and implemented on all other CBS reality shows.