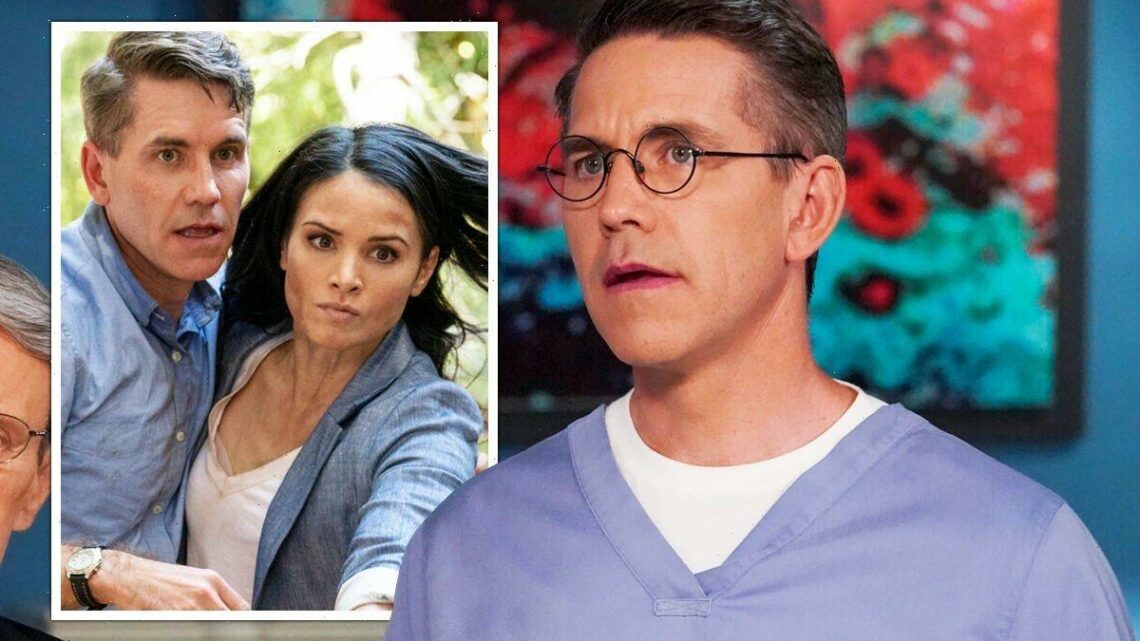 The long-running CBS drama has already been given the green light for its milestone 20th season, which will kick off later this year. During an intense closer to season 19, Birds of a Feather, NCIS star Brian Dietzen fielded questions from fans on the network’s official Twitter page to tease the next seasons of America’s most popular primetime drama.

Brian teased the smash-hit series could continue for at least another 20 seasons during his Twitter takeover.

NCIS has already been on screens for two decades but, after millions of fans tuned in to Monday night’s shocking cliffhanger, could they expect the series to continue for 20 more years?

NCIS fan Rudra Upadhyaya asked Brian: “Can we lock in another 20 seasons for NCIS?”

To which Brian joked in a video response: “Well, I am currently running the CBS Twitter account.

“Which, I think, legally means I am running CBS, at least until the end of the hour.

“So I’m hereby authorised to say yes, we are picked up for another 20 seasons.”

Sadly, Brian was unable to officially confirm whether or not NCIS is expected to run beyond its 20th season.

The series could certainly retain its popularity to warrant 20 more outings, as this year’s outing has racked up six to seven million viewers per episode.

However, Brian then clarified the series has so far just been renewed for one more season, so far.

“That’s obviously not the case at the end of the hour, so I think what we have to do is make a pact here,” he continued.

He went on to plead with the show’s legion of fans to keep tuning in, which will hopefully ensure the series remains on-air for many more years to come.

“And if we keep doing that then they’ll have no choice but to keep picking us up.

In the latest episode, Parker is forced to make an impossible decision when the FBI begins falsely investigating him for fraud.

Although he’s willing to turn himself in, the team realises if Parker is incarcerated they’ll never uncover what’s really going on with their mysterious foe known as the Raven.

He instead decides to pack up and go on the run, which will undoubtedly lead to a thrilling game of cat-and-mouse between Parker and the FBI to kick off season 20.

The next season will almost definitely not be the last, but Brian and the cast still seem keen to keep the lights on at NCIS HQ for quite a while longer.

NCIS is available on CBS in the USA. New episodes arrive on Wednesdays on Disney+ in the UK.

Crop-Tops, Cutoffs, and More of Kristen Stewart's Looks From the Cannes Red Carpet

'This Is Us' Season 6 Episode 18 Recap: The Series Ends With a Funeral and a Lazy Saturday in 'Us'
World News