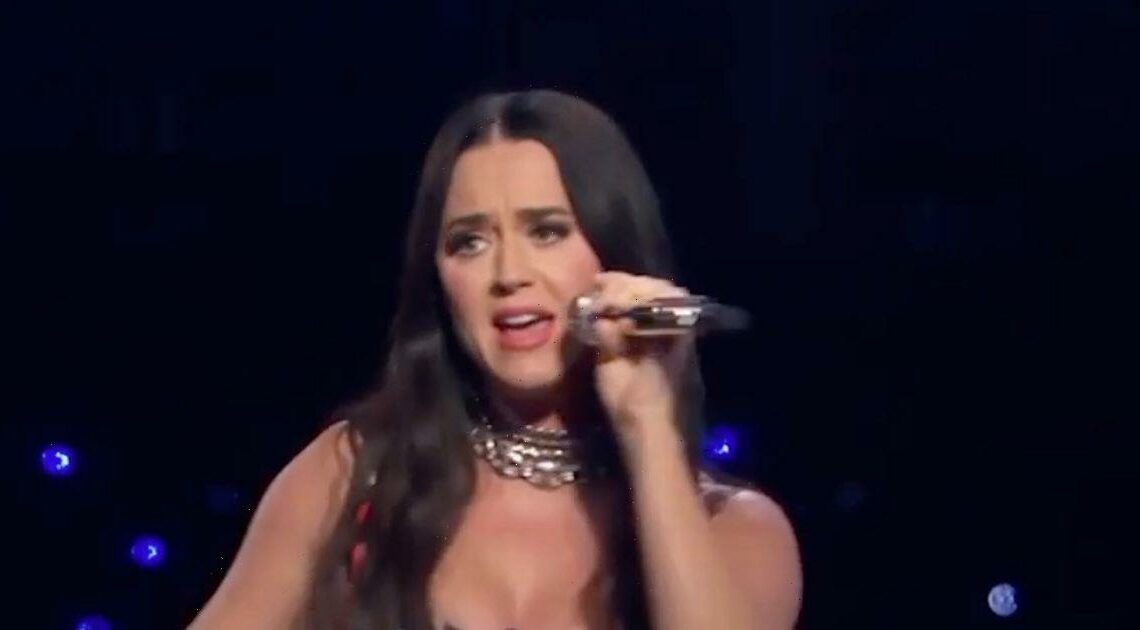 Katy Perry, 37, was forced to tape her leather trousers back together after a major wardrobe malfunction on American Idol.

The starlet swiftly recovered from her surprise wardrobe situation while singing Teenage Dream for the American Idol audience on Monday night (March 28).

During the latest episode she performed her hit 2010 song with co-hosts Lionel Richie, 75, and Luke Bryan, 45, and 134 contestants, as they kick off Hollywood Week’s genre challenge for episode seven.

Contestants chose which genre of music best suited them last season, and picked their own song to go head-to-head with other singers in their same genre.

In a clip of Monday night’s episode, Katy’s pants split across her behind in perfect comedic timing as she crouched down during some spontaneous dancing, bringing the lyrics “let you put your hands on me in my skin-tight jeans” a new meaning.

Viewers can clearly hear the unfortunate tear as it happens with co-host Luke exclaiming: “They busted!”

Lionel added: “The concert is officially over!”

An unbothered Katy laughed it off while hilariously walking off stage, and called for assistance, shouting: “Can I get some tape?”

Crew came to her rescue with Luke helping to tape the gaping split up, creating quite the fashion statement with bright neon yellow industrial tape in a large T-shape across her bottom.

While Katy’s pants were undergoing a makeshift repair, Lionel very aptly sung his song Stuck On You.

She has been an official judge of the show since 2017.

And she experienced yet another fashion faux-pas back in 2018, when she wore a sensational silver one-sleeved jumpsuit.

Katy couldn’t contain her laughter after contestant Maddie Poppe finished her performance with Colbie Caillat, as her outfit split down the back in the exact same place over her derriere.

The animated singer shouted: “I split my pants!” before jumping up to show the audience what had happened.

Lionel quickly helped cover her up for TV viewers, exclaiming: “Save the children!”

Once again, a crew member ran to help hide the tear and she could be heard saying: “Tape my butt.”

For more of the latest showbiz news from Daily Star, make sure you sign up to one of our newsletters here .