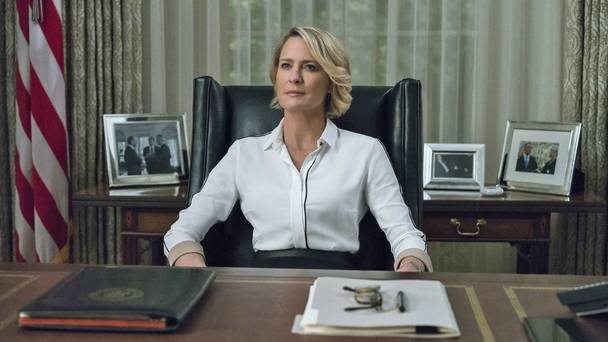 Anyone who has binge-watched an entire Netflix series in one sitting will know that the habit comes with health consequences. Insomnia, eye strain, lethargy – not to mention the 1,600 kcals of empty carbs consumed in the process. But what about its impact on society? Can binge-watching increase anti-social behaviour and stoke irrational fears?

That’s the question researchers asked when they examined the effect that original TV content, watched online, had on the way we perceive the world we live in.

They identified five of the most commonly binge-watched TV series on Netflix – House of Cards, Unbreakable Kimmy Schmidt, Marco Polo, Bloodline and Daredevil – and asked 366 students to monitor how long they spent watching these shows, and to rate their reactions to statements like “most people are kind-hearted” and “people just look out for themselves”. When the researchers examined the results, they found that the more of these TV shows the participants watched, the more likely they were to see the world as a mean and scary place.

The idea for the study stems from the ‘cultivation theory’ hypothesised by researcher George Gerbner in the 1970s. The more TV a person watched, posited Gerbner, the more likely they were to have a heightened sense of living in a ‘mean world’.

Of course, online platforms like Netflix, Hulu and Amazon Prime are far from the leading cause of what Gerbner called ‘Mean World Syndrome’. Granted, we are more likely to get immersed in these platforms for hours at a time, but we are just as easily influenced by fear-mongering news reports and social media hysteria.

Likewise, we all have irrational fears that we can easily link back to movies that affected us. Some of us imagine great white sharks prowling the murky waters when we should be enjoying a gentle paddle in the Irish Sea. Others envisage a swooping, squawking Hitchcockian bird attack led by Dublin’s formidable seagull community. OK, maybe that’s just me…

Mean World Syndrome, on the other hand, isn’t always that clear-cut. It can’t be linked back to one defining white-knuckle movie, but rather to the collective effect of tropes, stereotypes and any narrative structure – fictionalised or sensationalised – that relies on a big, bad villain.

Consume enough of these stories and you run the risk of developing a fearful, cynical world-view, with the following 10 key symptoms.

1. You’re not a survivalist per se, but you’d be lying if you said you hadn’t thought about the possibility of nuclear disaster/viral outbreak/zombie invasion and the steps you would take to protect your family and/or save Planet Earth.

2. While the rational part of your brain knows that the odds of your child getting abducted are exceedingly low, the emotional part overpowers all logic. That’s why you monitor your children’s GPS coordinates when they walk to the local shop and accompany your 13-year-old son to public bathrooms.

3. Every woman who works in a high-end boutique is a stone-cold bitch. You’ve seen Pretty Woman enough times to know how these things work.

4. When your passport goes missing, you assume it has been sold on the black market for an elaborate identity theft scheme. You eventually find it at the back of your underwear drawer.

5. As a general rule, you never send food back to the kitchen when dining out. Even if the pastry is burnt; even if the chicken is blue. You’ve heard all the horror stories about what servers do to customers’ food when they complain, and you’re not about to take any chances.

6. You don’t answer the door when home alone. Why would you when it’s either going to be a TV license inspector, a charity collector or a potential burglar?

7. You are deeply suspicious of pretty nannies, who are clearly out to seduce your husband or win the affections of your children. The same goes for beautiful Russian women: you’ve seen enough action-thrillers to know that they’re all wrong ‘uns.

8. You’re uncomfortable travelling in Mediterranean Europe, where you are fully convinced that every second person is a pick-pocket, scam artist or vampire.

9. You think everyone you meet is hiding a dark secret – especially your daughter’s science teacher who is no doubt running a clandestine meth lab.

10. In your world, all female bosses have cold hearts, frosty demeanours and enviable stiletto collections.

How do I watch Sky Sports Red Button and what Euro 2020 and Championship games are live on the TV channel?
World News