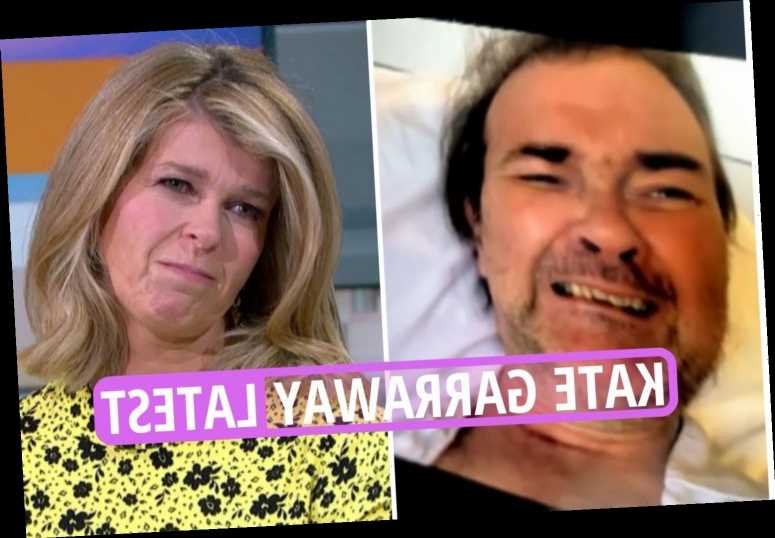 KATE Garraway shares her horror in tonight's ITV documentary as a stranger told her to dump her coronavirus-hit husband Derek Draper.

Derek, 53, contracted covid-19 last March and remains in hospital to this day, having spent much of the past year in a coma.

Kate has been documenting Derek's long, slow recovery in Finding Derek after coronavirus ravaged his body, causing his liver, kidneys and heart to fail.

In tonight's programme, the GMB star reveals how shocked she was by a stranger’s suggestion that she shouldn't stand by her gravely ill husband.

The 53-year-old presenter was completely blindsided when someone told her she could leave Derek because it “wasn’t what she signed up for”.

She said: "Somebody said to me the other day, 'You are allowed to say "this isn't what I signed up for" and get out'.”

In a teaser clip aired on the ITV show, Derek is also seen in floods of tears as Kate video calls her husband.

Kate's documentary – which airs tonight – will track Derek's fight for his life and how they plan to live their life afterwards.

As she reflected on the type of care her husband will need when he leaves hospital, Kate adds: "The truth is as much as I may think I have the answers all the time, Derek doesn’t need me. I'm not the person to care for him.

"I obviously will be there 100% completely if Derek needs me, but what he needs is specialist, professional, medical support ongoing – because there is a good chance that he can improve but we need to make sure the support is there now.

9-Year-Old Boy Hospitalized After Getting Bit by Shark on Vacation with Parents: 'Still in Shock'