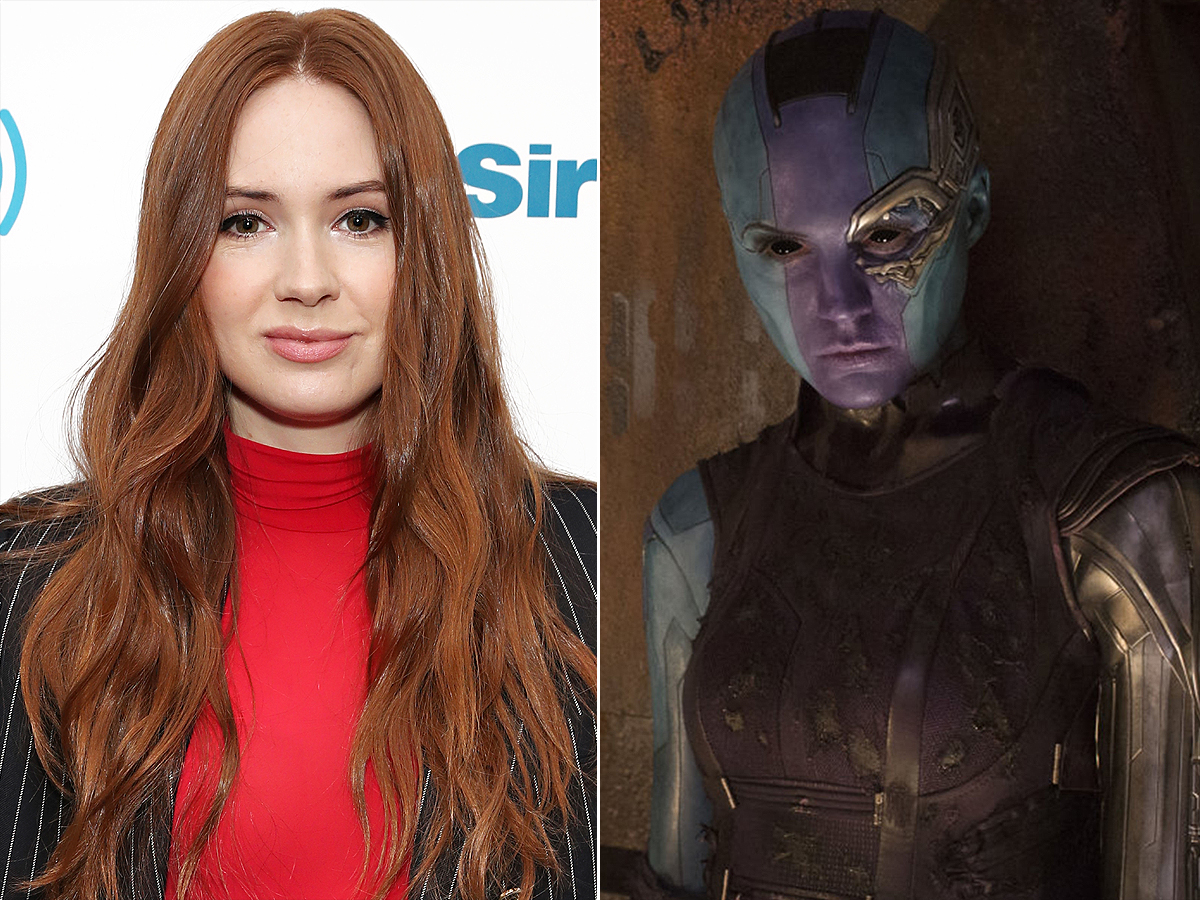 Karen Gillan is opening up about what to expect from the upcoming Avengers: Endgame.

The 31-year-old actress, who wrote and directed her new movie The Party’s Just Beginning, tells PEOPLE her character Nebula is facing some issues of her own after her father, the villain Thanos, wiped out half of the universe’s population.

“What can I say? Thanos is her dad and she is definitely going to confront some serious daddy issues,” says Gillan. “That’s for sure.”

While Gillan couldn’t say more on what fans can expect from the highly-anticipated fourth Avengers film — that wiped out several superheroes such as Spider-Man, Doctor Strange and Black Panther — the Scottish actress did address the upcoming Guardians of the Galaxy film and director James Gunn’s firing.

“Our director won’t be with us any longer but we are excited to continue the Guardians of the Galaxy story and keep delivering to the fans,” says Gillan. “That’s the most important thing. I don’t have any details as to when [the next Guardians film will come out] but there’s a script in existence.”

She cheekily adds, “I may have had a little teeny peek, but I can’t say anything.”

Gillan’s been busy working on more personal projects, writing the script for The Party’s Just Beginning and directing herself in the film that centers on her character Liusaidh dealing with the stress and heartbreak from losing her best friend to suicide.

When it came to directing herself, Gillan says “that was a very interesting experience.”

“Normally, I’m so used to having a collaborative focus where I can turn to someone for reassurance or bounce ideas or have conversations before trying it out,” she explains. “It’s ridiculous. I would give myself four or five options and then I would construct the performance and the edit.”

Gillan shares going from a big box office film such as Avengers to a smaller project wasn’t too different.

“I guess what it really boils down to is that your job is the same,” she says. “When you’re rolling and filming, it’s exactly the same. However, it’s all the stuff around it that changes so drastically. On my movie, it was very low budget so there were times where we had a skeleton crew getting exteriors and I’m doing my own hair and makeup so it was definitely a big difference than working on something where it can become a little more nice.”

She adds, “That was the one thing I loved so much: the freedom to just basically not wear that much makeup at all and to have that sort of experience.”

The Party’s Just Beginning is currently in select theaters and available On Demand.