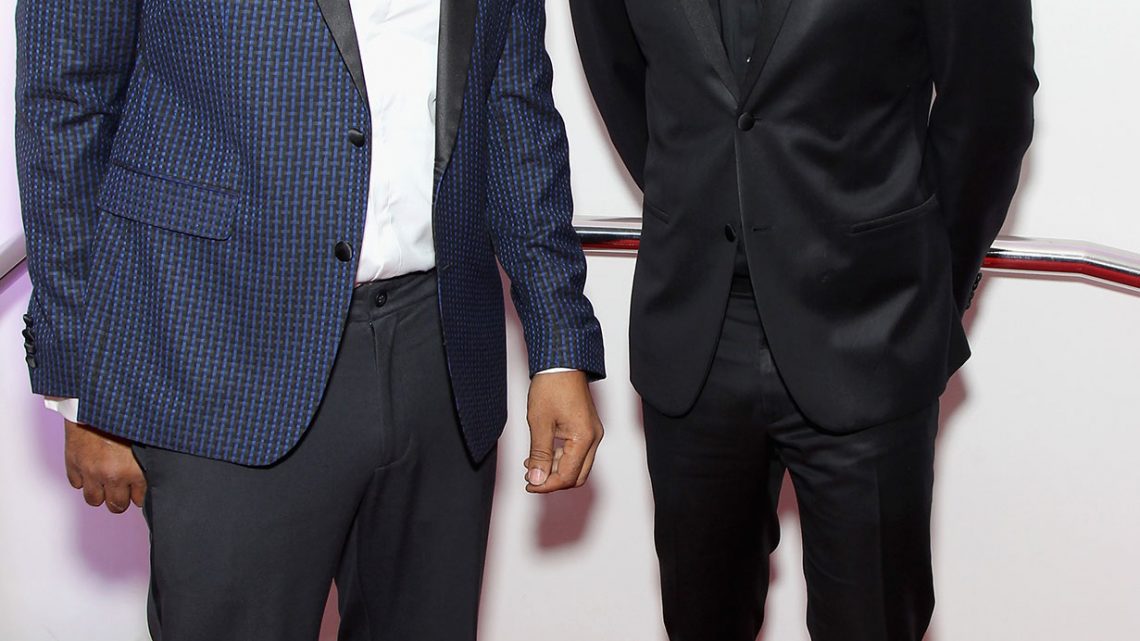 A man who was with Jussie Smollett after he was violently attacked in Chicago last week has spoken out.

Frank Gatson, reportedly Smollett’s choreographer and creative director in Chicago, told Extra he was with the Empire star the night of Jan. 28 and had picked him up from the airport upon his arrival from New York City.

“I was there with Jussie,” he said. “I’m the one who called 911, I am the one who took him to the hospital, and it was so scary man, that was a scary night, my stomach was numb.”

“I’m just glad I was the old man at his apartment when he got there,” he continued. “I was responsible. I said let’s call the cops, let’s go to the hospital, shout out to Chicago police, especially the sergeant that came and got things together and made us feel comfortable.”

Smollett was attacked at about 2 a.m. in Chicago on Jan. 29.

The Chicago Police Department confirmed in a statement that a member of the hit Fox show was involved in a “racially-charged assault and battery.”

“Two unknown offenders approached him and gained his attention by yelling out racial and homophobic slurs towards him,” the statement continued. “The offenders began to batter the victim with their hands about the face and poured an unknown chemical substance on the victim. At some point during the incident, one of the offenders wrapped a rope around the victim’s neck. The offenders fled the scene.”

Last week, Chicago Police spokesman Anthony Guglielmi released an update on the case, revealing that investigators have acquired footage that could lead to the arrests of the actor’s assailants. The police also released two photos of the persons of interest; however, the images did not show the individuals’ faces.

Guglielmi told PEOPLE he is optimistic that video evidence will surface to help authorities solve the crime.

Describing the details of the allegations as “heinous,” Guglielmi said police had widened their search of surveillance cameras — both public and private — in the area surrounding where Smollett said he was attacked.

“The victim goes to Subway just after midnight and on his way back, he was attacked by two men,” Guglielmi said. “They were masked and wearing black clothing. … They used a homophobic slur. They also used the N-word. They proceed to assault him, and they throw a chemical on him that may have been bleach, and put a rope around neck.”

Guglielmi said the actor returned to his apartment afterward and called his manager, who quickly made his way to Smollett’s home. “The manager goes to the apartment, and they agree to call police. The manager called us at 2:40 a.m.,” Guglielmi added.

Even before the incident, additional security had been hired for the Empire set after Fox Studios’ Chicago offices allegedly received a threatening homophobic letter addressed to Smollett, who is gay, last week.

The FBI, who has not responded to PEOPLE’s request for comment, is investigating that alleged letter, Guglielmi told PEOPLE.

Over the weekend, Smollett made his first public appearance since the attack, taking the stage at the Troubadour in Los Angeles for a scheduled performance during which he addressed the terrifying incident.

“There are so many words on my heart that I want to say,” he began. “The most important that I can say, to keep it simple, thank you so much. I’m okay… I’m not fully healed yet, but I’m going to. I’m going to stand strong with y’all.”

“I had to be here tonight,” he continued. “I couldn’t let those motherf—ers win. So I will always stand for love, I will never stand for anything other than that. Regardless of what anyone else says, I will only stand for love. I hope that you all stand with me.”

Clarifying reports about the attack, Smollett said “there has been a lot of stuff that has been said about me that is absolutely not true.”

“There are just a couple of points that I wanted to make really quick… I was bruised, but my ribs were not cracked,” he said. “I went to the doctor immediately — I was not hospitalized. Both my doctors in L.A. and Chicago cleared me to perform but said to take it easy, obviously. And, above all, I fought the f— back.”

Smollett has since returned to work on the hit Fox show.