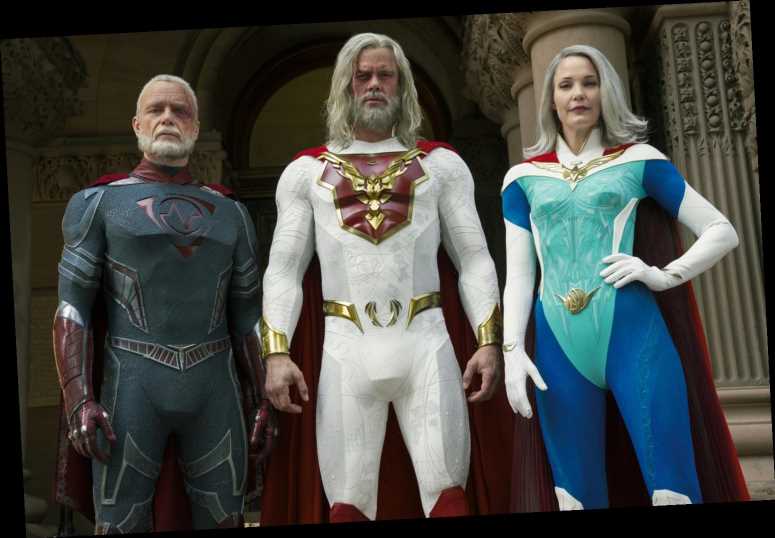 Netflix’s newest superhero group has a legacy to maintain.

On Wednesday, the streaming giant dropped the first trailer for its latest televised venture into the superhero genre, Jupiter's Legacy.

Starring Josh Duhamel and based on a comic book series of the same name from Mark Millar and Frank Quitely, the upcoming sci-fi drama follows a group of first-generation superheroes that are looking to their children to live up to their legacy after they've kept the planet safe for nearly a century.

The trailer opens with a flashback from when the superhero team first received their superhuman skills while exploring a mysterious island. Flashing forward to the present, the group has aged significantly as they discuss what they have and haven't accomplished over the years.

“Don’t you remember the island and what we had to do to earn these powers?” Bibb’s character Grace Sampson/Lady Liberty says in a voiceover as Duhamel’s Sheldon Sampson/The Utopian adds, “Ninety years. Ninety years, and what do we have to show for it?”

As Sheldon and Grace's son Brandon (Horton) hints at his father's absence over the years due to his role in saving the world, the aging superhero tells Brandon and his daughter, Chloe (Kampouris): "Everything you do is a reflection on this family. You have to be the ideal." Chloe then suggests that "no one can live up to the ideal, not even dad."

In the following scene, Sheldon says to Grace, "They're not even close to being ready, and I'm doing everything I can to keep this family from falling apart."

Several high-action sequences hit the screen as one of the heroes suggests that the team will "have to change" with the current way of the world.

Millar, who also penned the comics for Kick-Ass and Kingsman, landed a deal with Netflix in 2017 to turn his work under his Millarworld company into original content for the streamer. “There’s no more amazing place to be than Netflix right now and no better home for the Millarworld characters. It’s always exciting to see your work in print and amazing to see those stories turned into movies, but this is another level entirely,” he told Comicbook.com at the time. “Let me try to put it in perspective. A big movie studio makes around 30 or 40 hours of original material every year. Netflix has over 1,000 hours of original content this year alone and growing.”

He added, "Had we sold Millarworld to a typical studio we'd have seen some of these franchises trickle out over the course of the next decade."

Jupiter's Legacy premieres on Netflix on May 7.