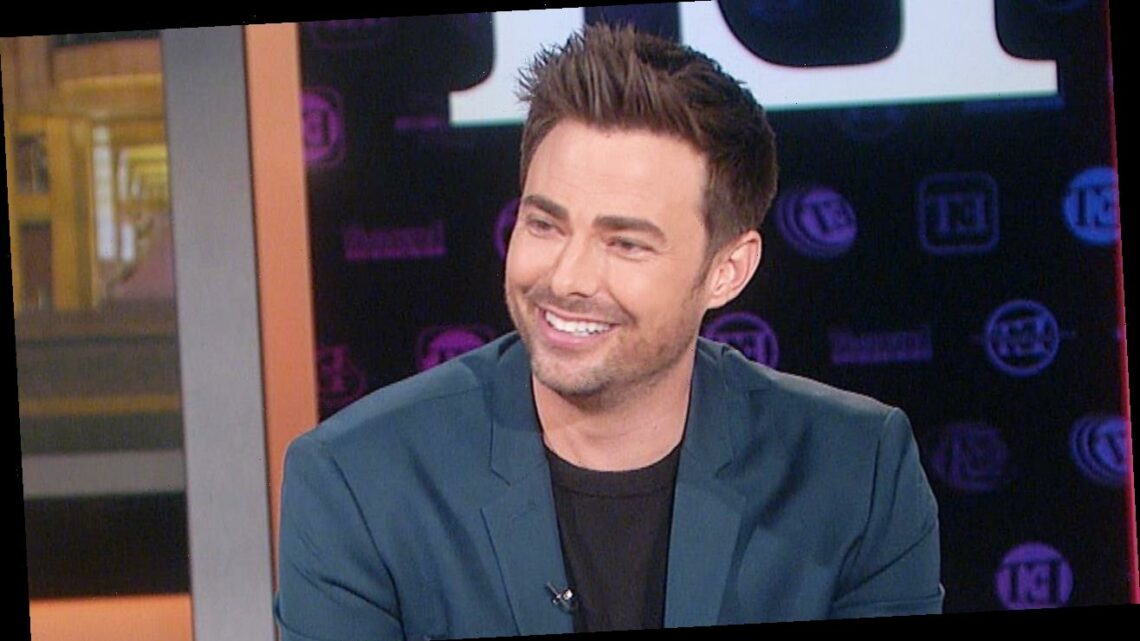 Jonathan Bennett is making history on the Hallmark Channel. The actor and Brad Harder portray the first onscreen gay couple in upcoming holiday film The Christmas House. Bennett, who co-hosted Tuesday’s ET, opened up about being “part of the progress.”

“This movie is so important because I’m part of the progress, and it feels good,” he told ET’s Lauren Zima. “I can only imagine what younger me would have thought seeing a Christmas movie with a storyline like this; two men in love, having a baby together. I think I would have been so excited, and I know I’m excited.”

“Representation is so important, and to represent this storyline on Hallmark Channel, it’s an honor to make a little history,” he noted.

The Christmas House follows Brandon Mitchell (Bennett), and his husband Jake (Harder), who make a trip home for the holidays as they anxiously await a call about the adoption of their first child.

Bennett said adopting is something that he and his partner, Jaymes Vaughan, have spoken about.

“We’re thinking about that for sure, especially shooting this movie it really spoke to me,” he said of expanding their family. “It’s almost like life imitates art. You get to set and you watch this couple in the movie going through the adoption process and there’s highs and there are lows in that and there’s everything in between. But during one of the scenes where we kind of have a little tiff, you see a couple come together and surround each other with unconditional love.”

“And that’s when I realized, ‘Wow, this movie’s so important because it’s showing that unconditional love that a couple has for each other when all they want to do is start their own family…and create more love for everyone,'” he continued. “That scene and having this in the movie definitely made me feel like maybe, I think, we might need to do that at some point.”

Above all else, Bennett couldn’t be more grateful to be part of this historic film for the Hallmark Channel, and hopes that people feel seen and part of the family.

The Christmas House premieres Sunday, Nov. 22 on the Hallmark Channel.