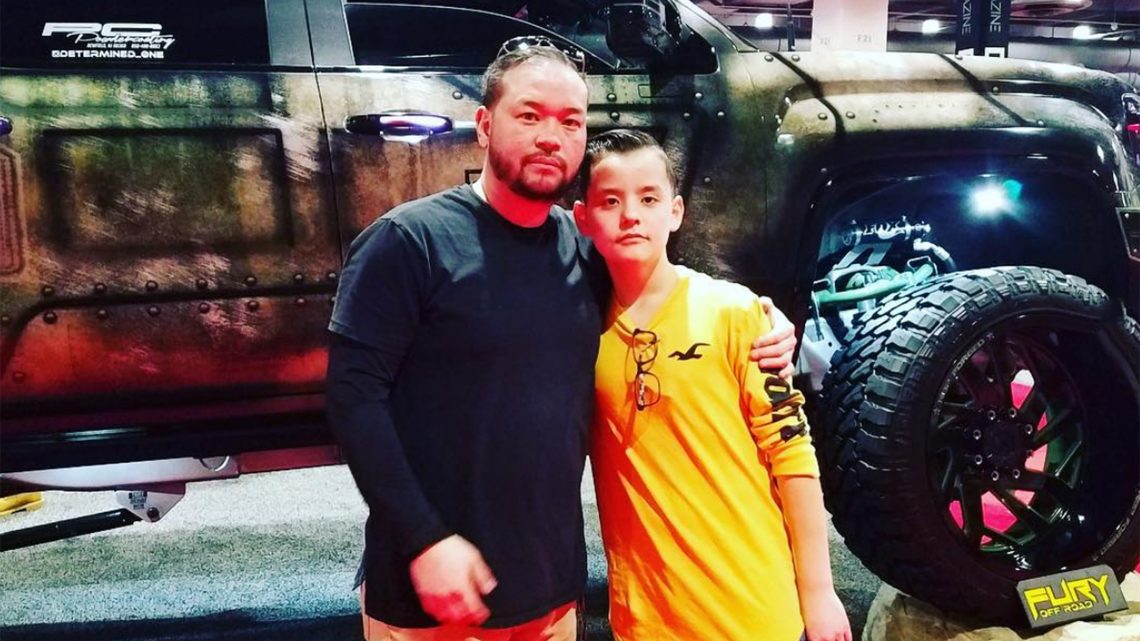 The former Jon & Kate Plus 8 star spent the weekend with 14-year-old Collin at the Philadelphia Auto Show, where the pair posed for pictures in front of a variation of vehicles.

In the first of a series of images shared on Jon’s Instagram, the 41-year-old father of eight had his arm wrapped around Collin as they stood in front of a lifted truck.

Also during the auto show, Collin was all smiles as he posed in front of a black sports car.

“Great weekend with Collin and Colleen, Philly Auto Show and The beach!!!!” Jon captioned the post.

Additionally, the duo hit the beach with Jon’s girlfriend of four years, Colleen Conrad, where they together snapped photos while standing on the sand in front of the ocean waves and nearby city skyline.

Along with his 14-year-old sister Hannah, Collin lives with his father.

Jon told reporters in December that he got temporary sole custody of Collin after the boy spent more than two years living away from his family in a program for children with special needs. He said he’s not in contact with the rest of his children with ex-wife Kate Gosselin: 14-year-old Aaden, Alexis, Leah and Joel and 18-year-old twins Madelyn and Cara.

The exes and their children gained fame from TLC’s Jon & Kate Plus 8, which premiered in 2007. But the Gosselins announced their divorce in June 2009, and Jon left the series.

PEOPLE confirmed in November that Jon and his attorney submitted papers to a Pennsylvania court on Oct. 24 requesting that Collin live with him, a decision he claimed would be in Collin’s “best interest.” In November, Kate and her lawyer reportedly did not show up to court after her request to postpone the hearing was denied. Kate previously told PEOPLE that she made the difficult decision to enroll her son in the program in order to help him reach his full potential.

To ring in 2019, Jon celebrated with Collin, Hannah and mother of two Conrad.