Johnny Vegas snaps at Sunday Brunch interruption ‘Why don’t you gaslight me?’

Tim Lovejoy and Simon Rimmer welcomed Johnny Vegas on to Channel 4’s Sunday Brunch this weekend. However, the presenters got more than they bargained for when Johnny began to cause chaos on the show. The presenters clashed with Johnny when the comedian began speaking about his interest in stop-motion animation, but was then interrupted by Simon hastily moving the conversation back to his cooking demonstration.

Chatting on Sunday Brunch Johnny began speaking about stop-motion animation and explained that his son had once been very interested in the filmmaking technique.

Speaking about his son, Johnny revealed: “I did an Aardman film, Early Man, and I took him to the studio.

“The minute he saw the complexity of what it takes to make 15 seconds of film he just went, you know, the panic set in,” the comedian explained.

Johnny continued: “There’s films out now where it looks like it’s stop-motion animation and it isn’t.

“So they’ve got computer programs now to make it look like you know Wallace and Gromit, but actually every bit of it is, you know, computer,” Johnny explained. 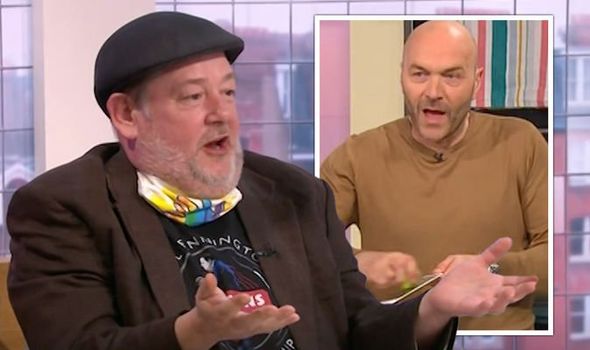 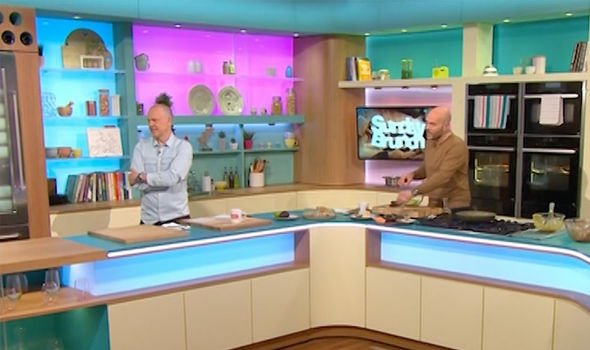 Simon attempted to quickly move the conversation back to his cooking, saying: “Alright, so what we’ve done is the sauce that we made before…”

But, Johnny interrupted him, clearly objecting to the swift subject change: “Oh alright, come off what I’ve chatted about like that as if I’ve just ruined the party!”

“Lets go back to grating a lemon,” Johnny said, impersonating the TV chef. 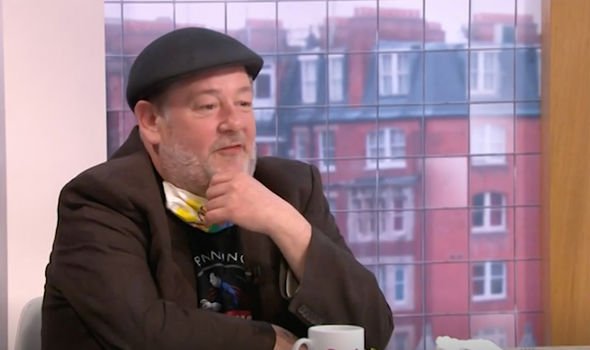 However, Simon hit back at the comedian making reference to the fact Johnny had been on rival show, James Martin’s Saturday Morning, the day before.

“You were flirting with James Martin yesterday,” Simon pointed out.

“We said this, we want to be free to see other chefs,” Johnny joked.

Simon laughed off the remark and attempted to once again continue with his cooking demonstration.

Simon continued: “A bit of lime juice into there and then just give this a bit of a chop. So this is just going to give us a bit of lightness, a little bit of fruitiness…”

“Yes and while you’re doing that why don’t you gaslight me?” Johnny snapped at the presenter.

It seems many viewers were not impressed by Johnny’s behaviour on Sunday Brunch, as some fans took to Twitter to express their annoyance with the star.

On viewer wrote: “Every time I’ve seen Johnny Vegas on TV he talks over absolutely everyone #sundaybrunch”

A third viewer agreed, saying: “Does Johnny Vegas keep talking on the off chance that he may say something funny?… #SundayBrunch”

Johnny also caused chaos on ITV’s James Martin’s Saturday Morning this weekend, when his phone went off live on air.

Instead of quickly turning his phone off, the comedian chose to begin reading out his texts to the viewers.

Sunday Brunch airs on Sunday at 9.30am on Channel 4.