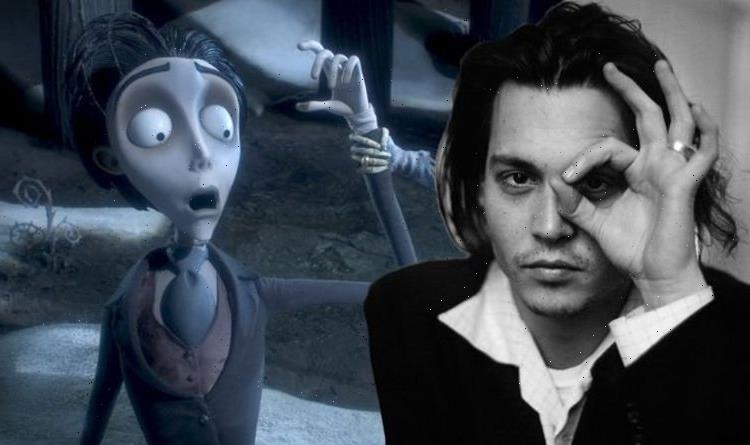 City of Lies: Johnny Depp stars in trailer for 2018 film

Johnny Depp is best known for playing Captain Jack Sparrow in the Disney franchise Pirates of the Caribbean, but before that he spent a lot of time working with famed abstract director Tim Burton. Not only was he the titular hero in the director’s seminal picture, Edward Scissorhands, he also played Willy Wonka in his 2005 Charlie and the Chocolate Factory reboot. In the same year, Depp played Victor Van Dort in Burton’s animated love film Corpse Bride.

Although Depp was eager to sign up to Burton’s new film, he explained how the character was a huge draw as well.

He said in 2005: “Well, he felt like a guy that I knew. When I read it, he didn’t feel all that dissimilar from other characters that I’ve played for time.”

A lot of this, he revealed, came down to his own attributes.

Victor is a nervous man doing what his parents tell him in order to just get through life.

Depp explained: “It was just the base emotional feeling. A bumbling, deeply insecure nervous character… a lot like me in life.”

Depp expanded on this notion in another interview, where he was asked about any similarities he had with Victor. He replied: “Yeah, the feeling of failure, I suppose, the feeling of being inept, unable to be understood.

“That’s a pretty consistent theme in a lot of people’s lives. It’s like Victor, kind of, represented in the same way Edward Scissorhands of not feeling comfortable of feeling in life, that universal feeling we all drag around with us for the rest of our days.”

Depp has always been an actor who welcomes the more intricate characters in cinema.

The aforementioned Edward Scissorhands showed him dealing with a great deal of internal turmoil.

Similarly, in Charlie and the Chocolate Factory Depp’s Willy Wonka faced his own mortality.

The actor went on to explain how the animated nature of Corpse Bride was also a factor for him joining the film.

Depp said: “Especially since having my first child, I’ve been watching nothing but animated films now. I’ve really developed a respect and love for them.”

The Ed Wood actor also praised his director, adding: “But more than anything, what drew me to this was Tim. We were just commencing Charlie and the Chocolate Factory and he said: ‘Hey, I’ve got this other thing, Corpse Bride, maybe take a look at it.'”

Depp continued: “So I read it and loved it, but it somehow didn’t occur to me that we were going to be doing it at the same time.”

He also explained how he would finish filming Charlie and the Chocolate Factory in the day before going to record Victor’s voice lines in the evening.

Because of this extremely rushed schedule, Depp was forced to improvise on Victor’s distinctive voice.

He recalled: “I thought it was going to be like months down the road so I would have some time later to prepare for the character.”

Depp laughed: “So you could imagine my surprise when, as I was very, very focused on Wonka, Tim arrives on set and says: ‘Hey, you know, maybe tonight we’ll go and record some of Corpse Bride.’

“I didn’t know what the guy was going to sound like or anything. Good fun though!”