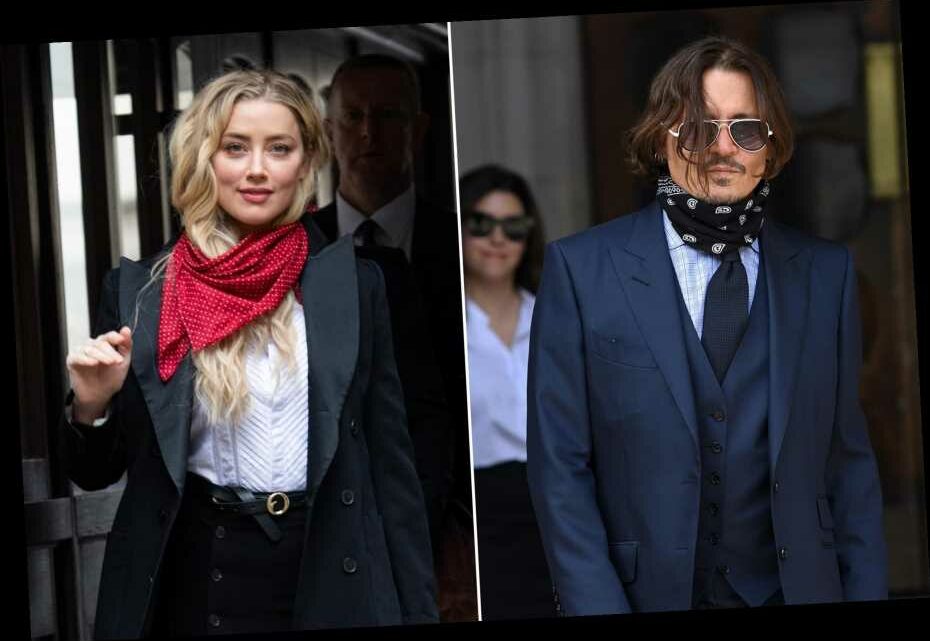 Months after the conclusion of the court case, the judge overseeing Johnny Depp’s lawsuit against a British newspaper that claimed the actor was abusive toward ex-wife Amber Heard decided in favor of the publisher of The Sun, putting an end to a headline-dominating legal battle that cast a public light on a dysfunctional marriage once obfuscated by non-disclosure agreements.

The U.K.’s High Court ruled in the favor of News Group Newspapers and Dan Wootton — The Sun‘s executive editor — on Monday. Judge Andrew Nicol said that the paper’s claims that Depp was abusive toward Heard were “substantially true,” according to CNN. “I have reached these conclusions having examined in detail the 14 incidents on which the defendants rely, as well as the over-arching considerations which the claimant submitted I should take into account,” Nicol said.

Representatives for Depp and Heard did not immediately respond to Rolling Stone‘s request for comment.

At the heart of the trial was The Sun’s April 2018 claims that Depp was a “wife-beater,” an accusation that the actor denied but the tabloid argued was “entirely accurate and true.” In the United Kingdom, the onus to prove the veracity of a printed claim is placed on the publisher, and the trial saw News Group Newspapers enlisting Heard herself to testify on the alleged abuse she suffered during her three-year marriage to Depp. However, Depp’s legal team argued it was Heard who was the abusive half of their volatile relationship.

“From the big points to the small points, Ms. Heard has proved herself to be a wholly unreliable witness, and, frankly, a compulsive liar, and I don’t say that lightly,” David Sherborne, Depp’s lawyer, said during closing arguments (via BBC). “At its very core, we say it demonstrates that she is the abuser, not Mr. Depp. He is no wife-beater.”

News Group Newspapers lawyer Sasha Wass said during closing arguments: “Having heard all the evidence in this case and all the supporting evidence of the incidents of violence, we suggest that there is no doubt that Mr. Depp regularly and systematically abused his wife. The characterization that he is a wife-beater is entirely truthful.”

Wass added that Depp, a member of the supergroup Hollywood Vampires, “was surrounded by a clique of aging, male rabble-rousers with alcohol and drugs shared together,” and that this was “destroying his life, his career, and his health.”

At a press conference following the conclusion of the London trial but prior to the judge’s verdict, Heard said: “It has been incredibly painful to relive the break-up of my relationship, to have my motives and my truth questioned, and the most traumatic, intimate details of my life with Johnny shared in court and broadcast to the entire world … I stand by my testimony and I now place my faith in British justice.”

During the trial, both Depp and Heard accused each other of substance, physical, and psychological abuse, including an alleged marriage-ending incident where Depp found someone had defecated in his bed; “I was convinced that it was either Ms. Heard herself or one of her cohorts involved in leaving human feces on the bed,” Depp testified, calling the incident “a fitting end to the relationship.” Heard denied the allegation.

In May 2016, a month after the feces-in-bed incident, their marriage came to a public halt when Heard filed a restraining order against Depp, claiming the actor threw a cellphone at her face like a “baseball pitcher.”

Heard — who faces a separate lawsuit filed by Depp over her accusations against him in a Washington Post op-ed — said in a statement following her restraining order that she suffered “excessive emotional, verbal, and physical abuse from Johnny, which has included angry, hostile, humiliating, and threatening assaults to me whenever I questioned his authority or disagreed with him.” Heard later detailed 14 alleged instances of abuse prior to the actor’s trial against The Sun.

However, at trial, Depp and his legal team painted Heard as the abusive one, including one incident in 2015 where the actor lost the tip of his finger after she allegedly hurled a vodka bottle at him; at the time of the injury, Depp said he damaged his own finger in a bifold door, but his bodyguard testified in court that Depp told him at the time, “She’s just cut my finger off.”

In testimony, Heard admitted to throwing pots and pans at Depp as well as punching him on one occasion, but in those instances, it was either in defense of herself or — in the punching incident — her sister. Depp also accused Heard of having affairs during their marriage, including his belief that she was seeing her ex-boyfriend, Tesla CEO Elon Musk.

The trial also featured witness statements on Depp’s behalf from the actor’s ex-wife Vanessa Paradis and former girlfriend, Winona Ryder. “I was so absolutely shocked, confused, and upset when I heard the accusations against him,” Ryder said. “I do not want to call anyone a liar, but from my experience of Johnny it is impossible to believe that such horrific allegations are true.”

Depp’s lawyers argued that Heard’s allegations and The Sun’s “reputation-destroying, career-ending allegation” have done irreparable damage to the actor’s career, including being responsible for Disney dropping Depp from the long-running and extremely lucrative Pirates of the Caribbean franchise. “He has never hit a woman in his entire life — period, full stop, nada,” Depp’s lawyer Sherborne said.

The Mandalorian fans thrilled as Star Wars legend finally makes debut in season 2 – but did you spot him?