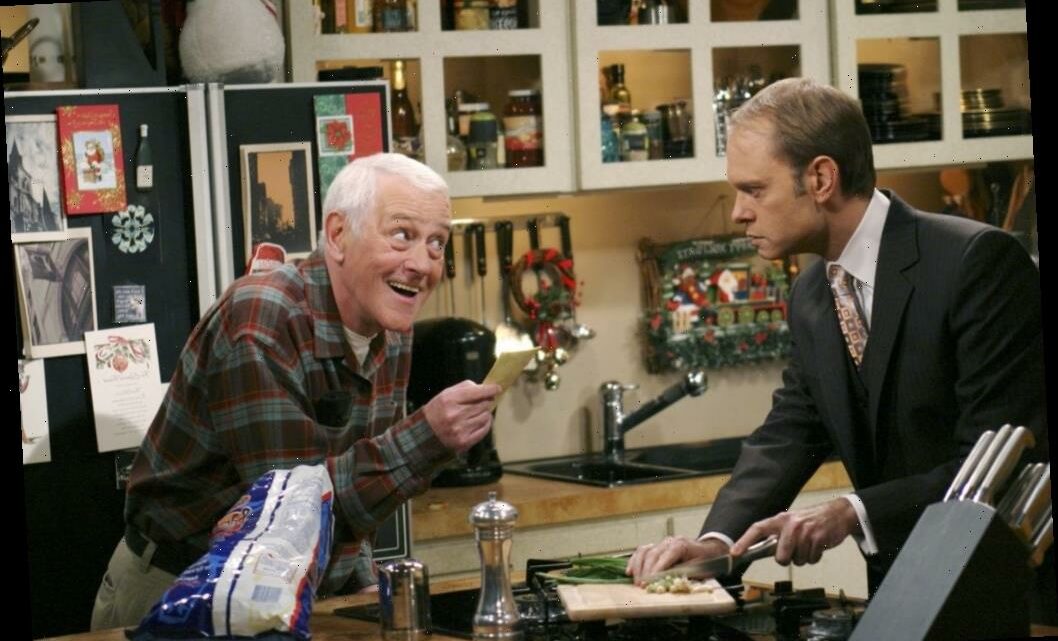 John Mahoney may be best known for portraying Martin Crane on Frasier during the 1990s and early 2000s. That was far from his only role, though. Mahoney had a long list of acting credits before he took on the part of Martin. He even appeared in Cheers the year before he landed his iconic role on Frasier. However, he did not portray Frasier’s father.

Casting John Mahoney as Martin Crane was a no-brainer

Mahoney was the perfect contrast to Dr. Frasier Crane and Dr. Niles Crane. Fans mostly agree that they couldn’t envision anyone else in Martin’s role, and neither could executives. Apparently, Mahoney was a shoo-in for the part before he even met with the production team. Ken Levine, the creator of Frasier, explained that Mahoney was “pre-approved” by top NBC executives.

In a blog post, Levine explained that during the planning phase of the series, the writing team batted around the names of different actors. When Mahoney’s name came up, Warren Littlefield, then the president of NBC, explained he was “pre-approved”. In short, if Mahoney was available, he didn’t even need to audition. Reportedly, the same was true for David Hyde Pierce, who portrayed Niles.

John Mahoney appeared in the 11th season of Cheers

While most fans know Mahoney as Martin Crane, a retired Seattle police officer, he played a much different role on Cheers. Instead of acting as Frasier’s father, Mahoney portrayed Sy Flembeck.

In the episode, “Do Not Foresake Me, O’ My Postman”, Sam and Rebecca agree to run a marketing campaign to compete with another local bar. They don’t have much money to dedicate to the cause, so the advertising company they hired places Sy on their account. Sy is considered a lazy jingle writer who has crafted every ad to the same tune during his tenure at the agency.

According to IMDB, the episode was the fifth episode of the show’s 11th and final season. It first aired on October 29, 1992, just one year before Mahoney was cast as Martin.

While Mahoney’s appearance on Cheers as a completely different character may seem strange, it’s even more bizarre when you realize he wasn’t the only Frasier actor to show up on the sitcom in its final season. Besides Mahoney, Peri Gilpin made an appearance in Cheers.

Gilpin, who portrayed Roz Doyle on Frasier, appeared in the 21st episode of season 11. According to Fandom, Gilpin played a reporter who shows up at Cheers to interview Woody Boyd. Gilpin’s appearance, just like Mahoney’s, was for a single episode.

'Dexter': This MCU Hero Turned Down a Role In the Showtime Series