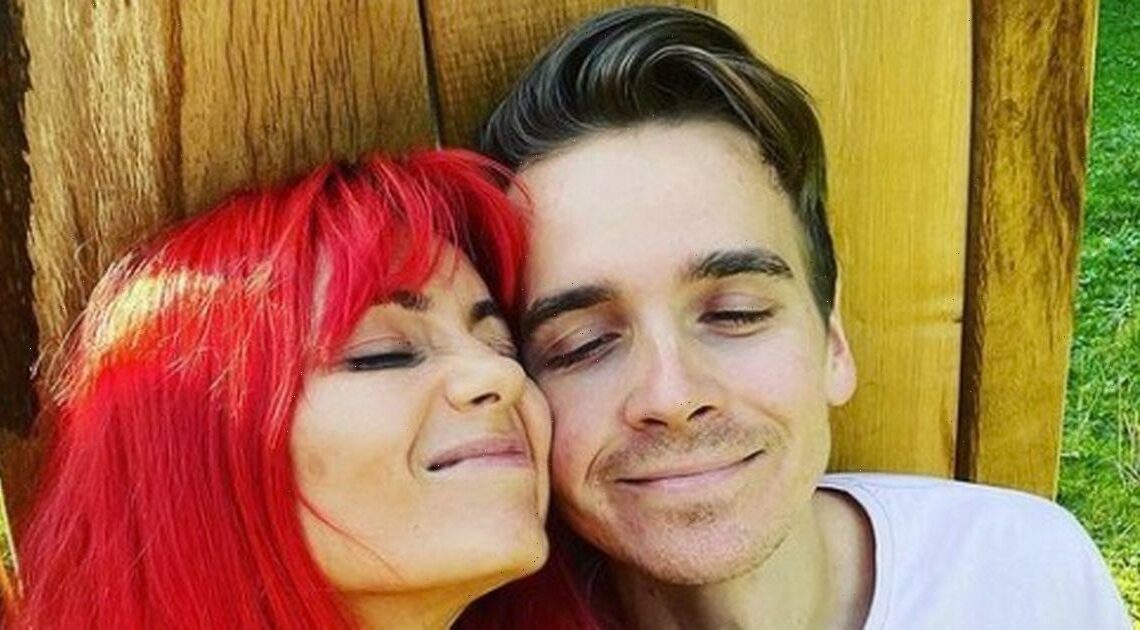 Joe Sugg has shared a sweet message to girlfriend Dianne Buswell after she and Robert Webb left Strictly Come Dancing.

Comedian Robert, 49, revealed on Wednesday 13 October that he had no choice but to leave the BBC programme for the sake of his health, admitting he had "bitten off more than he could chew", two years after having open heart surgery.

Taking to Instagram after Robert and Dianne's exit was revealed, Joe, 30, who appeared on Strictly in 2018, shared their announcement to his Story.

He penned: "Will miss seeing team Dirb on the screen! Wishing you all the best Robert."

It comes after Dianne broke her silence over her celebrity partner Robert quitting the show on Thursday.

Dianne shared a heartfelt statement, wishing him a "speedy recovery" after looking back on their journey together on the dance floor.

Sharing a variety of photos of them together behind-the-scenes of the Strictly competition, Dianne told her 855,000 followers: "Sadly the legacy of Buswell and Webb has come to an end.

"Even though this was short lived, I have had such an amazing time dancing and working along side Robert from our wacky cha cha to that serious tango, Robert showed he could do it all."

Speaking about his health, Dianne, who recently hosted a surprise birthday party for Joe, went on: "Although I know we had more up our sleeves Robert’s health is by far the most important part in all of this and I’m wishing him a speedy recovery."

She continued by thanking fans for their support as she added: "Thank you to every body who supported us this series it means the absolute world [red heart emoji].

"You will still see flashes of my red hair in the background as I’ll be there cheering on all the amazing couples," followed by a praying hands emoji and a black heart emoji.

Prior to this, Robert shared a statement to announce his withdrawal from the competition, where he explained he has "ill health".

"Two years ago I had open heart surgery and although I believed I was fit enough to take on Strictly and its demanding schedule, it became clear that I had bitten off way more than I could chew for this stage in my recovery," he told his legion of followers.

Robert continued: "I had begun to feel symptoms that led me to seek an urgent consultation with my heart specialist, and it was her view that it would be better for the sake of my health to step back from the show."

He finished his statement by sharing how proud he is of the three dances he performed with Dianne, before adding: "I couldn’t have wished for a more talented partner or more patient teacher, and it’s a measure of Dianne’s professionalism and kindness that I was able to get as far as I did."

Stay up to date with all the latest on Strictly Come Dancing by signing up to OK!'s daily celebrity newsletter.

Family of missing woman uses TikTok to plead for help

Selah Marley Is Ready To Be A Mom — Well, Almost —EXCLUSIVE
World News