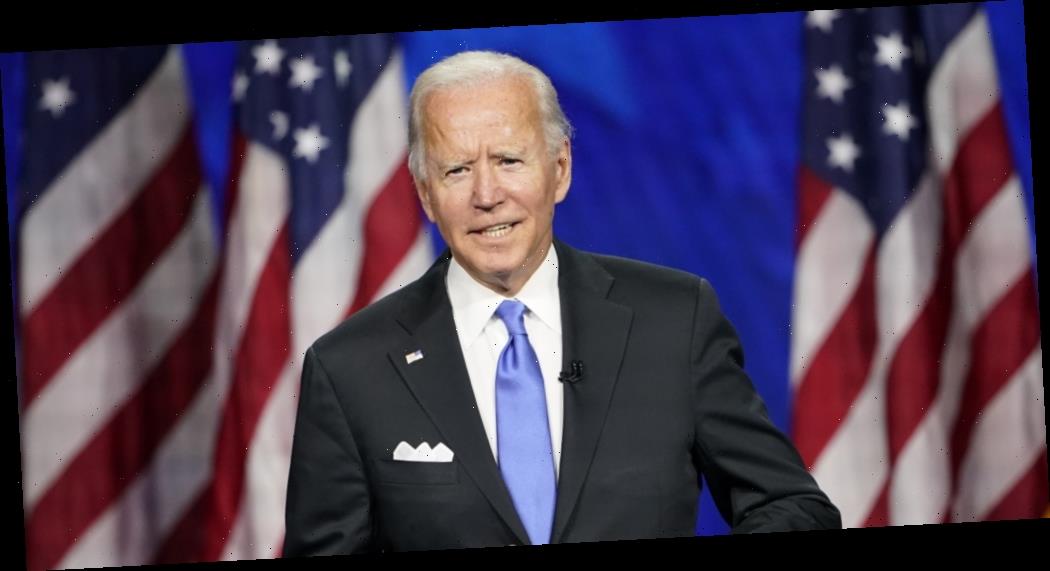 That was the  motto of the video that introduced Joe Biden on the final night of the virtual Democratic National Convention, and showed just how the COVID-19 forced transformation of a national tradition could produce something in many cases more intimate.

Far from the cheering crowd of delegates that have characterized American political conventions for decades, the former vice president’s big night was the culmination of finely tuned narrative for what is shaping up to be the first small-screen campaign.

And as much as the ex-Veep focused on the failures and cruelties of the past four years, Joe Biden did not actually say Donald Trump’s name once in his acceptance speech – another unconventional move in a what has been termed an “unconventional convention.”

As on previous nights in the partial live and partially pre-recorded event, the quiet of the near empty Wilmington, Delaware ballroom was much more the tone for Biden’s moment.

“On this summer night, let me take a moment to speak to those of you who have lost the most,” Biden said. “I know how it feels to lose someone you love,” a reference to the loss of his wife and daughter in an auto accident in 1972 and his son Beau in 2015.

“I know that deep black hole that opens up in your chest. That you feel your whole being is sucked into it. I know how mean and cruel and unfair life can be sometimes.”

The night’s moderator, longtime Biden friend Julia Louis-Dreyfus gave the night some refreshing bits of humor (albeit some jokes were flat or incongruous to other segments). Biden’s had the line of the night, as he should have, the fictional Veep and POTUS wasn’t far behind. “If we all vote, there is nothing Facebook, Fox News, and Vladimir Putin can do to stop us,” quipped moderator Louis-Dreyfuss in the first hour of Night 4, which FNC barely covered.

Additionally, in a emotionally entrenched production, performances by Common and John Legend were among the standout from the Democrats’ riches of musical supporters. Bruce Springsteen’s words Rise Up, used in convention transitions, may be ringing in our ears for the near future.

Like Marvel vs. DC presentations and sneak peeks at Comic-Con, the real legacy of this week’s Democratic Convention will be in what the GOP try to pull off next week in their own virtual convention. There was some of that gathering previewed by Donald Trump in a rambling counterprogramming appearance on Fox News’ Hannity earlier in the night, and in an angry tweet he sent out as his rival was speaking.

“RIP: traditional conventions. This one has been quicker and more dynamic than any convention in my lifetime,” wrote Lis Smith, the former adviser to Pete Buttigieg’s campaign.”The days or rote speeches to adoring insider crowds and bored TV audiences are over.”

Gone as well was the balloon drop, in favor of fireworks, as the Bidens and Harris and her husband, Douglas Emhoff waved from an outdoor stage in Wilmington after the ex-VP’s speech.

They waved not to cheering crowds but to cars filled with families. Which might be emblematic of what makes a wining strategy in 2020, it certainly made for good TV.

Please Explain podcast: the race we should never have won
World News