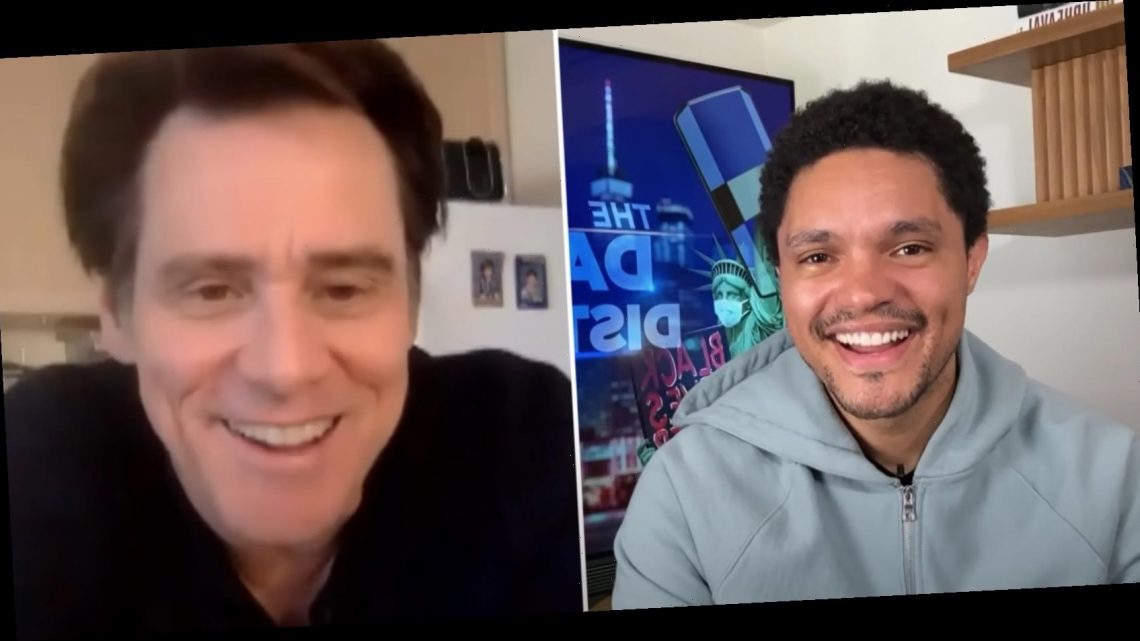 Trevor Noah opened his Daily Show interview with Jim Carrey with an odd question: “Can you explain what you have written?”

Noah had just finished reading Carrey’s new book, Memoirs and Misinformation, and was confused as to whether the contents of the book were truthful or not. And as is his typical style, Carrey didn’t have a totally straight answer.

“Best to approach everything I do as something that could be completely untrue,” he said. “And yet, there will be parts of it, there will be things in it, that will be absolutely authentic. OK, maybe that’s a blanket statement — you should trust me sometimes. But in this case, this was the best way to get my truth out there, and to say everything I needed to say, and do it in a way that is completely entertaining.”

Noah asked Carrey about one of the book’s main themes, persona, which has played a huge role in Carrey’s career as an actor. And Carrey didn’t hesitate to highlight the burdens of persona if you let it take control of your life.

“If it gets big enough, if it gets powerful enough, it’s something you have to drag around with you,” he advised Noah. “When you show up, you have to be the socially concerned, politically adept person. You might be happy to be that at certain times, but not all the time.”

Carrey dedicated the book to his late brother, who died last year from aplastic anemia, a condition he lived with for most of his life. “He wore it like a champion,” Carrey said. “This guy never complained, he never said, ‘Oh my god, I can’t do things because of this.’ He was on death’s door from the time he was four years old until he was 60, and he raised a beautiful family, and created gorgeous opportunities, and had a beautiful aura around him.”