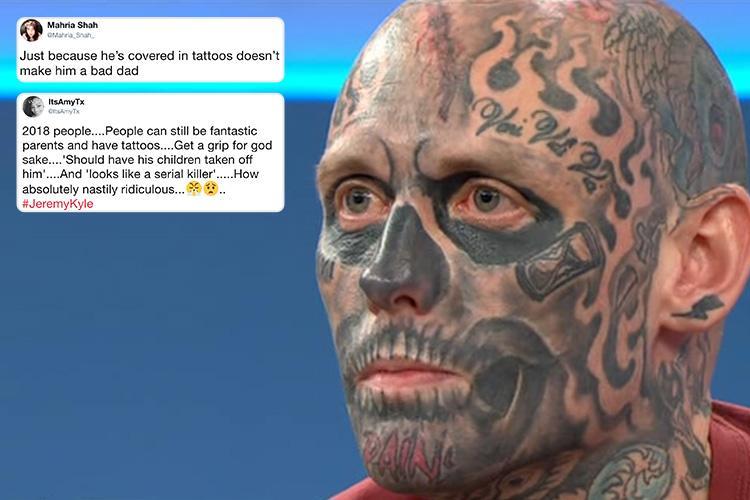 The ink-loving chef has already coughed up a £26k on tatts and he's not finished yet. 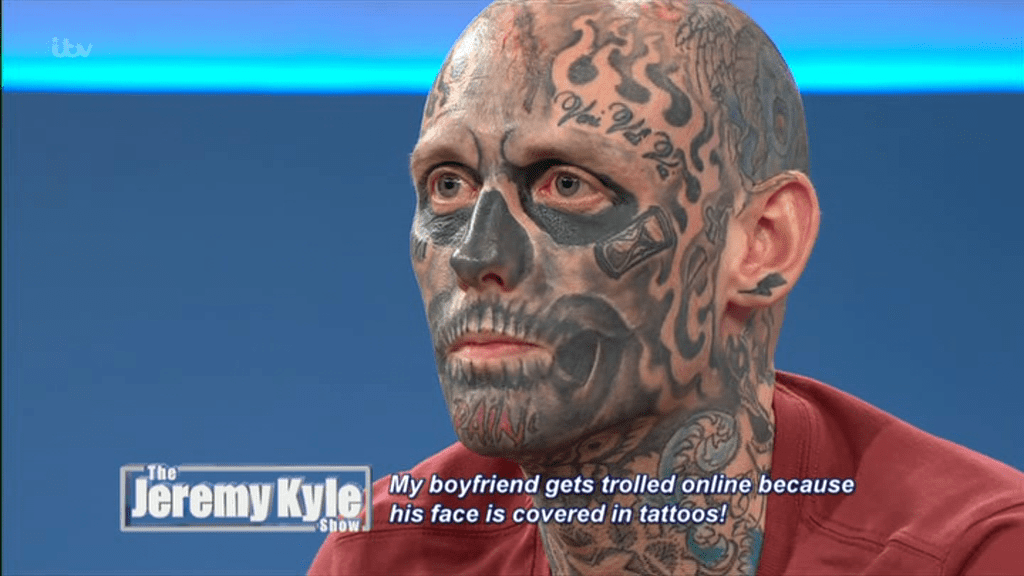 Chris joined his partner Ruth on the show to talk about how his passion for inkings have made him the target of online trolls.

The chef has even been accused of being a "freak show," "attention seeker" and "serial killer" off the back of his physical appearance.

But despite the abuse Chris is now planning to get his privates inked.

Chris explained to Jeremy that he first got the body art work as a "coping mechanism" and form of self expression while his daughter Jessica was unwell. 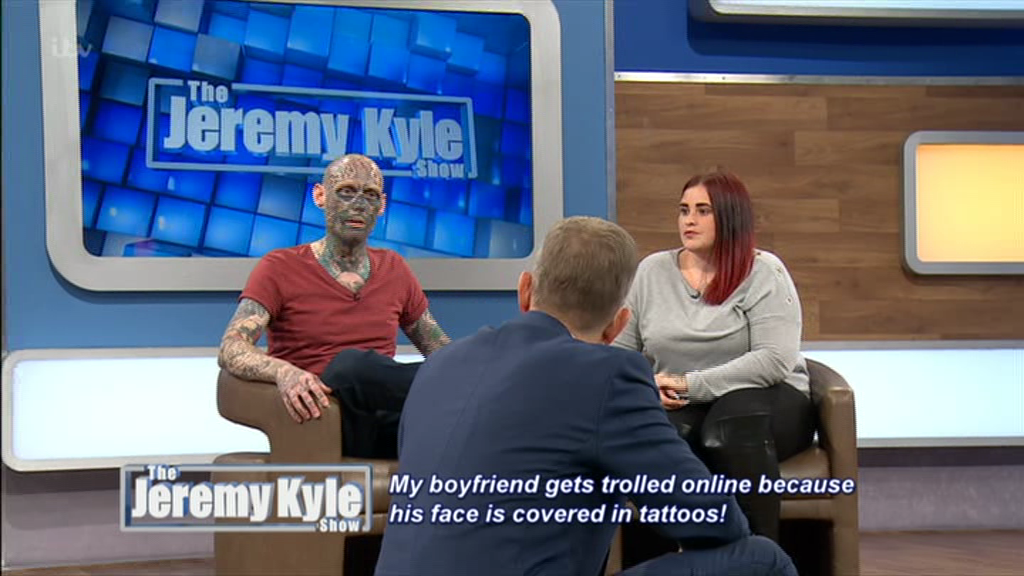 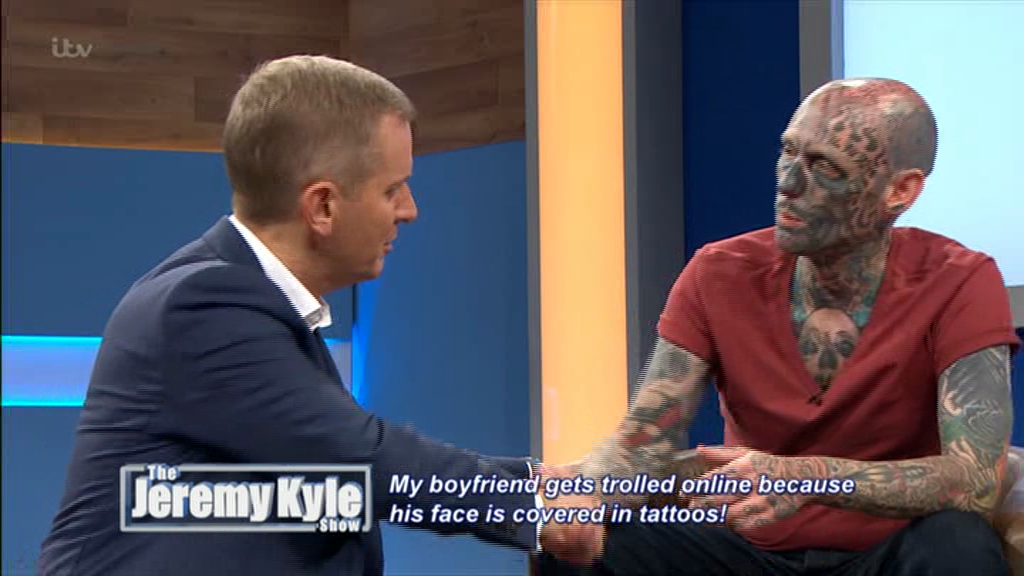 He explained that while dealing with his young daughter in hospital he turned to the hobby as: "I’m a father, I’m supposed to protect my daughter.

"She was induced early, she's there in hospital covered in tube, I’m not even able to help her.

"What am I supposed to do?

"Tattoos don't make me a bad person or a bad dad.

"If anything they've made me a better person." 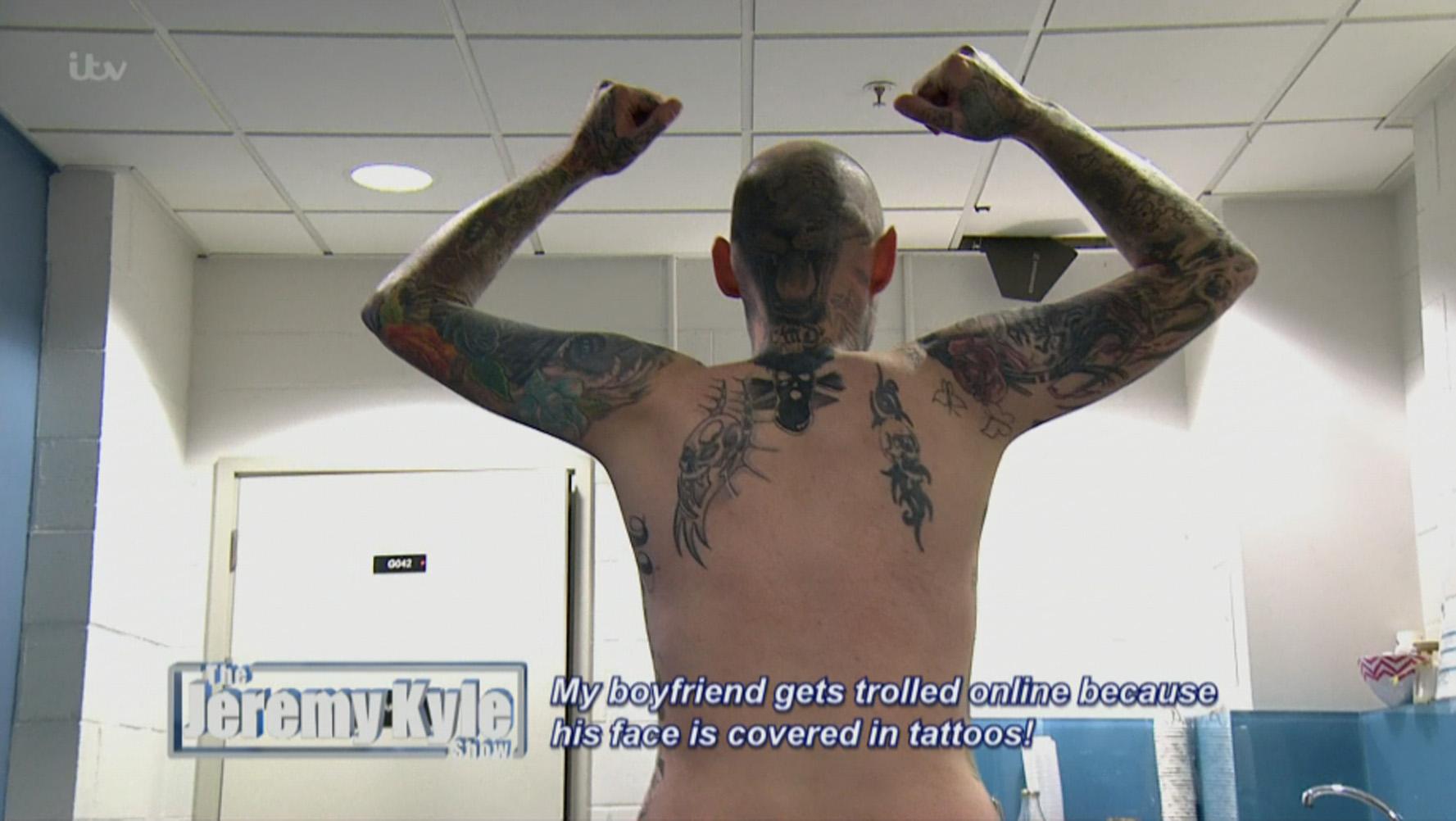 And he even promised that he'd get all his tattoos removed if they affect his daughter.

His partner Ruth described him as a "brilliant daddy" and Jeremy reassured him that he's a good dad too but that he can't be surprised that people judge him as he's putting himself out there.

The host then confessed that he'd learnt one thing from meeting him, saying: "If I'd seen you in the street I wouldn't have thought that you could have spoken so eloquently about the situation and I salute you for that."

And it seems some viewers were equally open-minded about the inkings.

Many rushed to Twitter to defend Chris and his "art form" and slam "such judgemental people."

One questioned: "Why are we asking a guy why he didn’t think about getting abuse before getting the tattoos? Why aren’t we shaming the people who are bullying him?"

Another claimed: "It’s no one else's business if he wants to be covered in tattoos."

And others slammed judgmental trolls as "absolutely nastily ridiculous".

One viewer defended Chris's lifestyle choice as "An art form.

But Chris hasn't been deterred, he explained that he plans to: "Get a big, massive traditional Japanese piece on my back, a Japanese dragon.

"And I will get my privates tattooed as well."

He continued: "I want to have both my bum cheeks completely covered in Mario pieces.

"So I'll have the good Marios, and the bad Marios."

We pay for videos too. Click here to upload yours