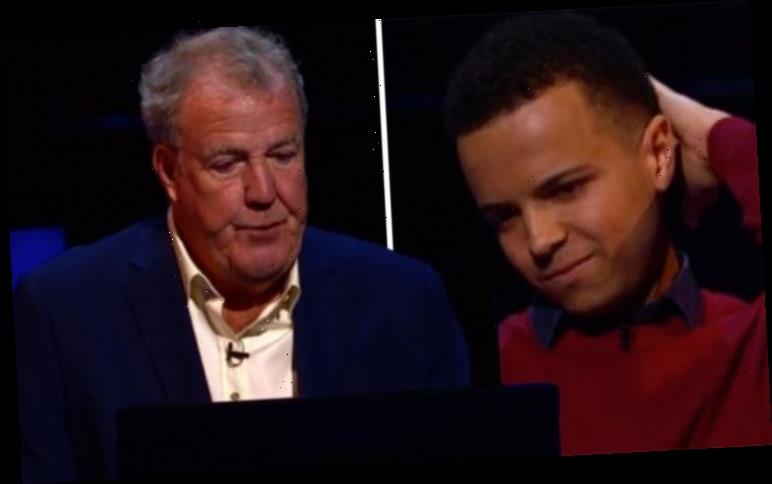 Jeremy Clarkson cuts off Phone a Friend guest in awkward clash: ‘Not bothered!’

Who Wants to Be a Millionaire has seen a number of members of the public walk away with some big amounts of cash already since returning to ITV earlier this week and tonight was no different. But when player Saul became perplexed by one question, he decided to use his Phone A Friend lifeline. However, Jeremy Clarkson soon cut off his guest after he appeared to become bored with what he was saying.

The ITV quiz show saw another batch of players take to the chair this evening.

Sadly for him, player Saul was not the £1million winner tonight and soon used up all his lifelines.

One question he struggled on, in particular, saw him use one of his two Phone a Friends, after he was asked: “As the crow flies, which of these Spanish holiday destinations is closest to Gibraltar?”

But Saul wasn’t sure of the answer, leading him to call his friend Michael in the hope of assistance. 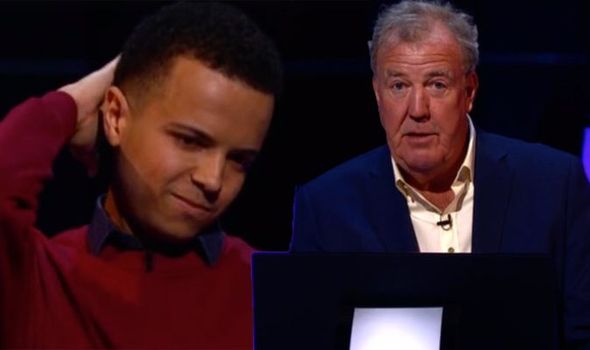 Jeremy introduced himself over the phone and went on to quickly ask the guest how he was,

However, becoming bored he soon cut him off mid-sentence, telling him: “I’m not that bothered, I was just being polite.”

Fans also picked up on the slightly awkward moment, soon taking to Twitter.

One shared: “#WhoWantsToBeAMillionaire So Jeremy just replied “very well” when asked how he was ….what a BORE.”

“Someone tell Jeremy Clarkson that you’re not obliged to be rude to people #WhoWantsToBeAMillionaire,” added another.