Home » TV & Movies » Jeremy Clarkson climbs on tractor & yells 'have a drink, have a drive' at launch of new beer… but Kaleb went for a cider

Jeremy Clarkson climbs on tractor & yells 'have a drink, have a drive' at launch of new beer… but Kaleb went for a cider

SCRAMBLING atop his famous Lamborghini tractor beer in hand, Jeremy Clarkson proclaimed: “Have a drink, have a drive, see what you can find!"

The Clarkson’s Farm star had finally achieved his childhood ambition of hosting a "p*** up in a brewery" to mark the launch of his new lager Hawkstone. 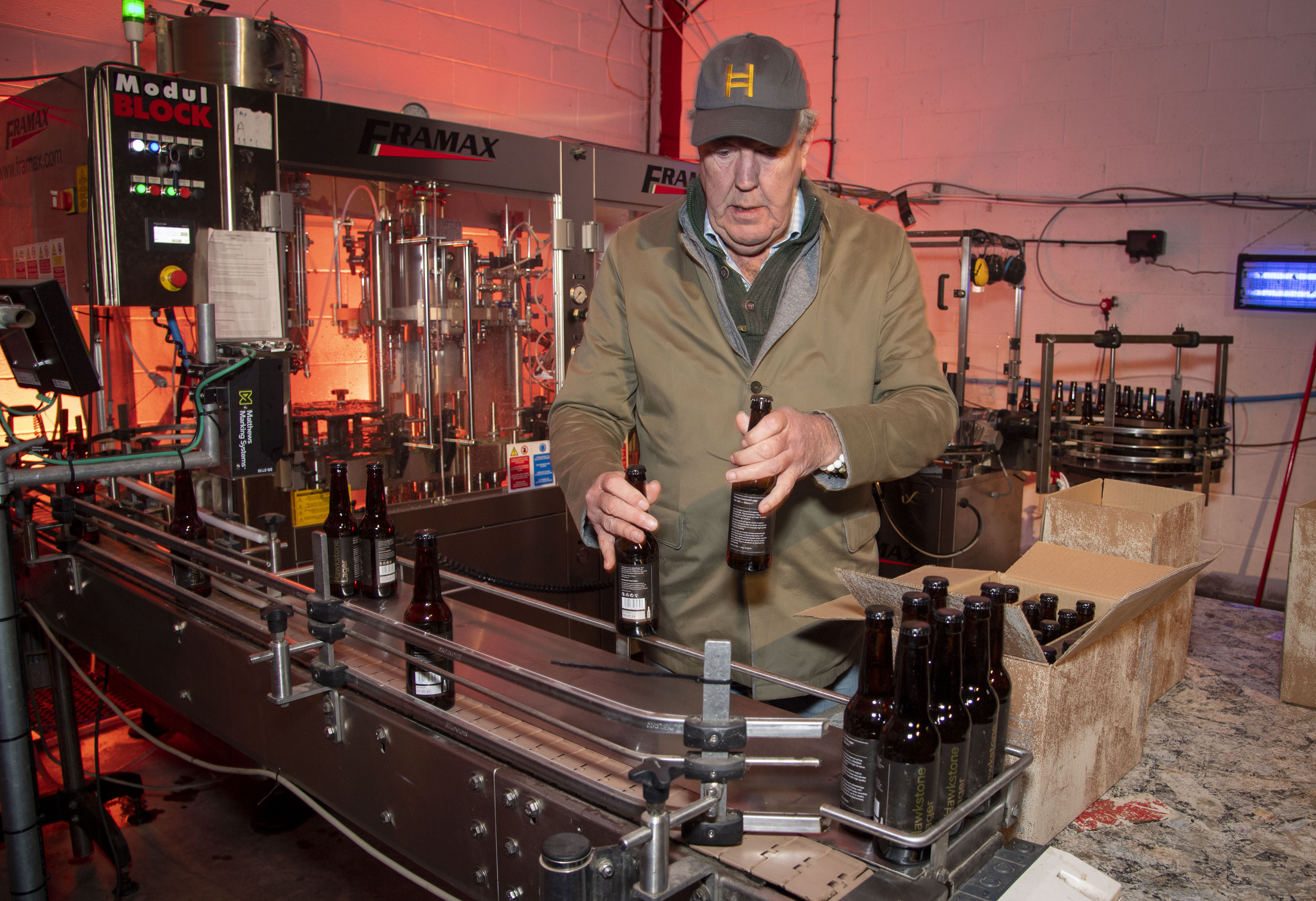 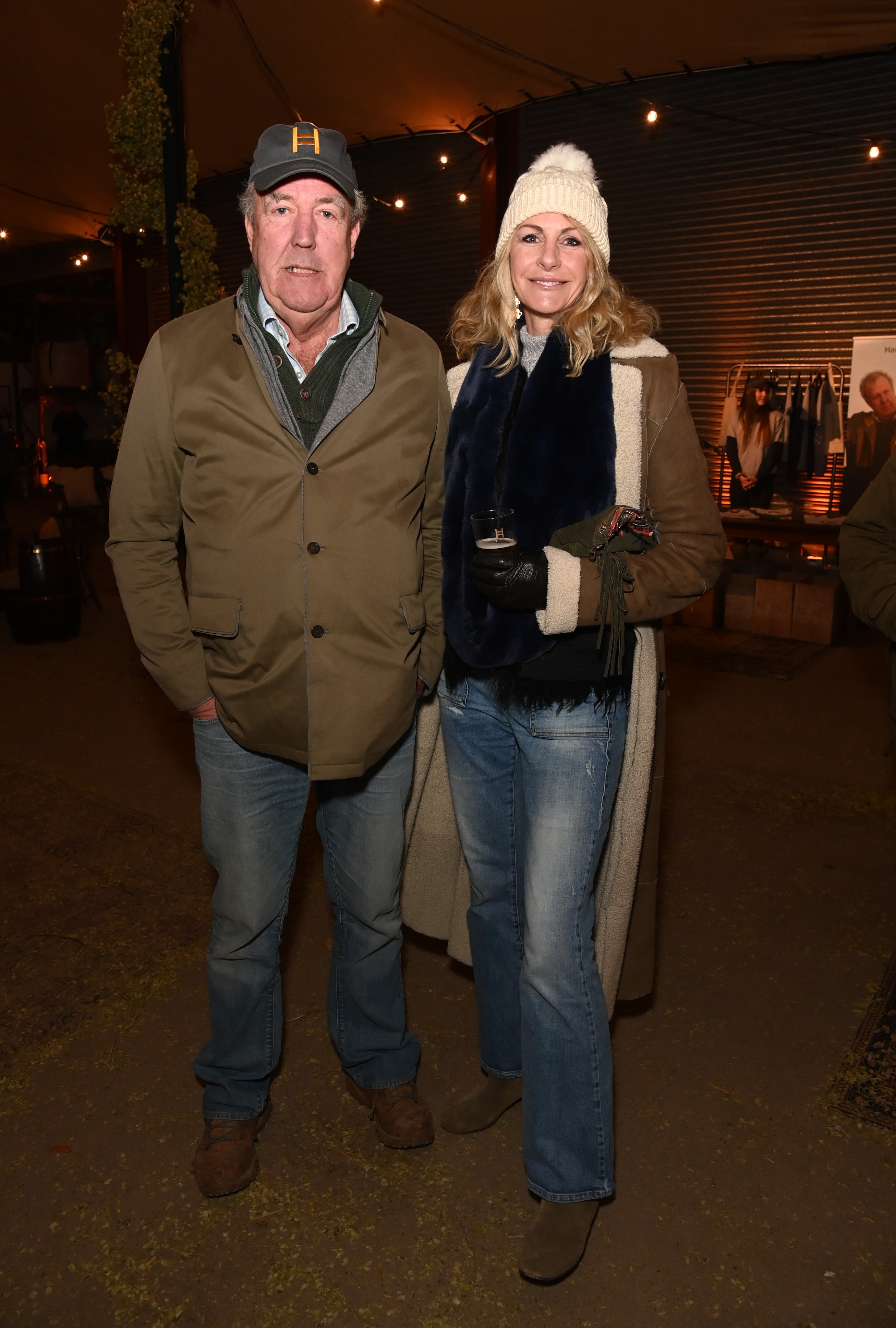 And he invited The Sun to get a behind the scenes glimpse of the bash which served up plenty of cold brews, pizza made using his beer and saw merry guests dance to Fleetwood Mac and The Beatles.

The petrol-head had a lot to celebrate, with his brew now the top selling lager on Amazon after just one day on the site.

Jeremy grew the barley for the blend on his Diddly Squat farm in the Cotswolds – but credits his farm manager Kaleb Cooper, 21, with much of the beer's success.

He said: "He really was the one who put all the work into growing the barley – we did it together but he obviously knows what he's doing."

But the feeling is not quite mutual.

Asked if Jeremy, 61, excelled as a barley grower, Kaleb admitted: "No. I wouldn't say that.”

And he bucked the trend by being the only guest drinking cider.

The party was held at the Cotswold Brewery Co near Cheltenham, which has teamed up with Jeremy to brew the beer.

The venue had been transformed into a fairy light festooned winter wonderland. A tap room served up Hawkstone on draft and waiters circulated with ice-cold bottles.

I was lucky enough to try the concoction and enjoyed it immensely.

The beer has a hint of citrus and is just hoppy enough to remind you that it’s a good brew without being overpowering. 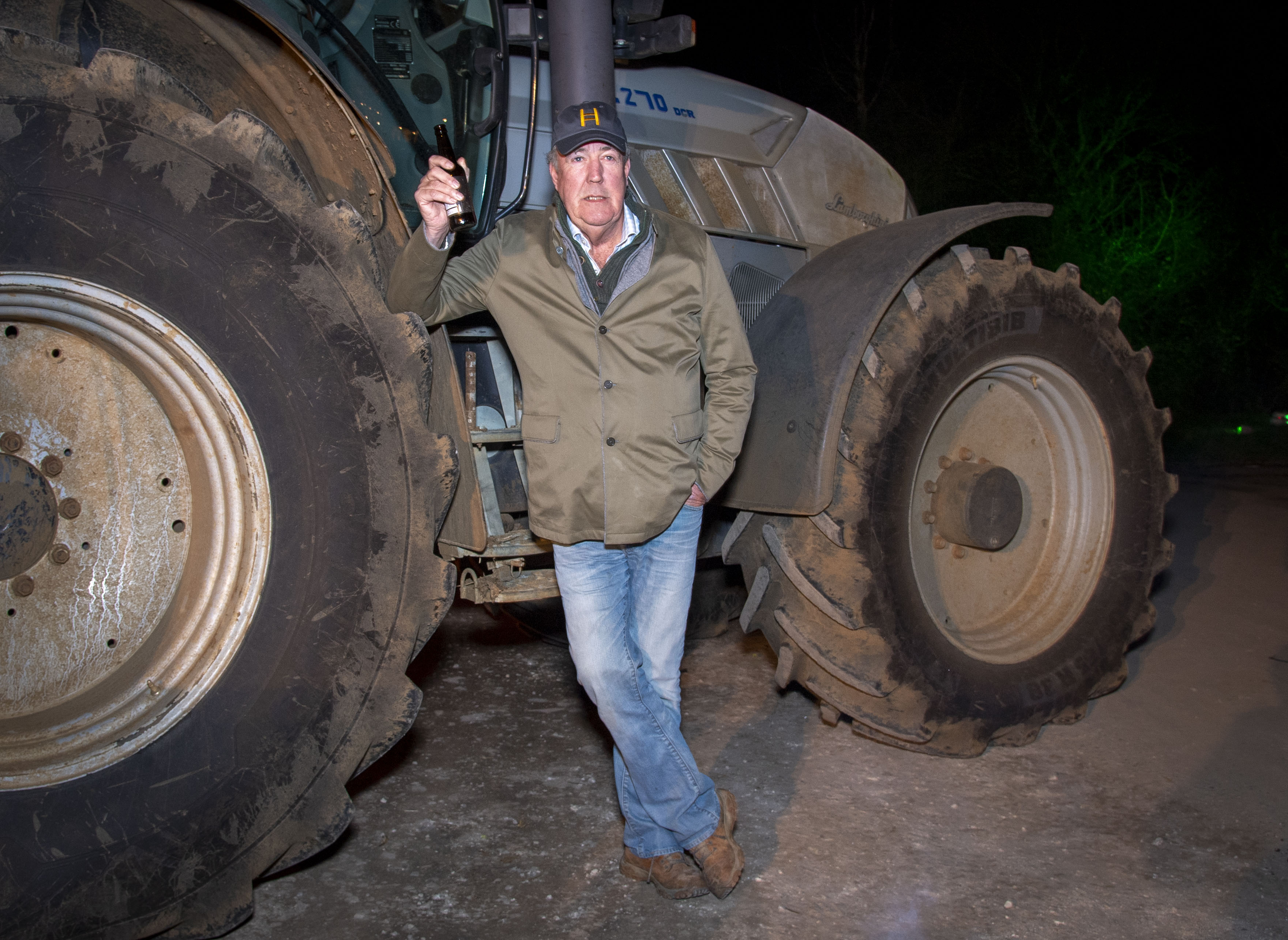 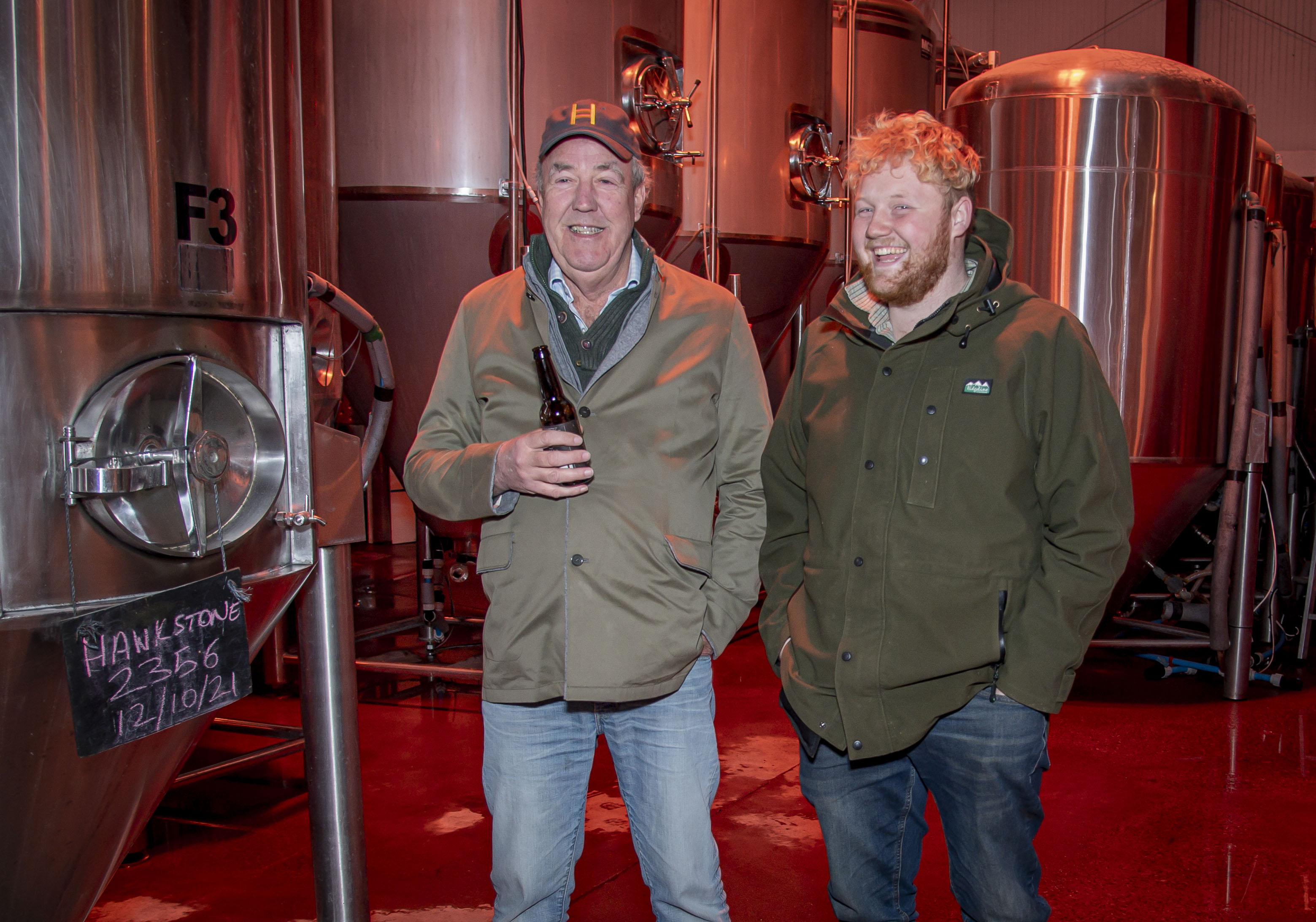 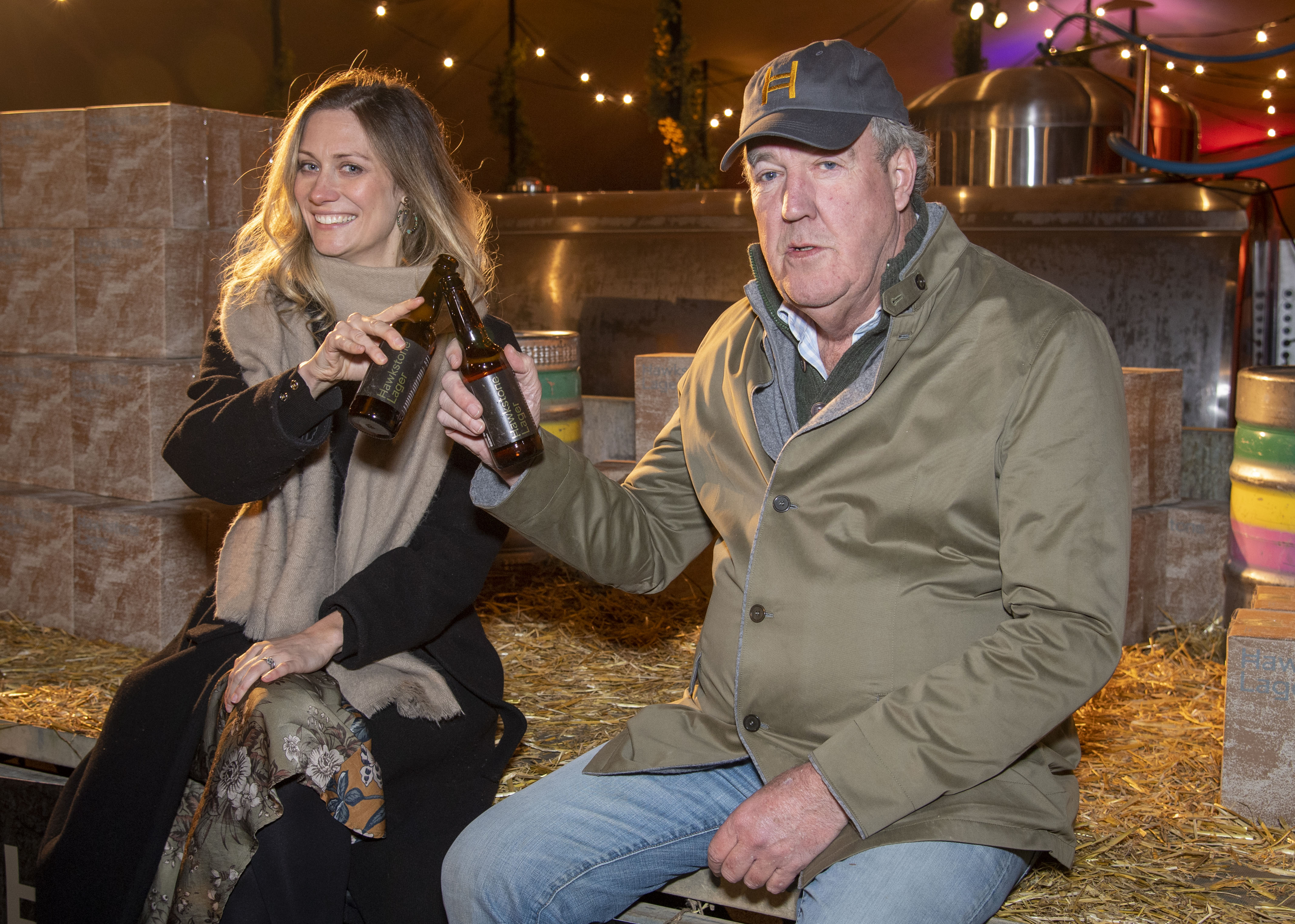 With punters getting a taste for the stuff, the Cotswold Brewery’s "master brewer" Richard Keene put Jeremy through his paces by putting him on packing duty.

But Jezza struggled to keep up the pace with the beer bottling machine, muttering in an affected Johnsonian style, "forgive me, forgive me," as the bottles stacked up.

Richard told The Sun that the project had been a “labour of love” over the past year.

He said: “It just worked because we were both so passionate about wanting it to be a great beer.

“It takes around six weeks to create – a day to brew, 10 days to ferment and four weeks lagering.”

The process is equivalent to laying down a fine wine – producing a smoother beer.

The invite list included the great and the good of the local farming community, including Blur bassist turned cheesemonger Alex James.

The 53-year-old is delighted for his old chum, saying: "The success of Clarkson's Farm has been incredible and I'm so chuffed for him."

Foodie Alex – who makes his own Britpop cider from his nearby farm – added: "I'm really impressed by the brew, it's delicious." 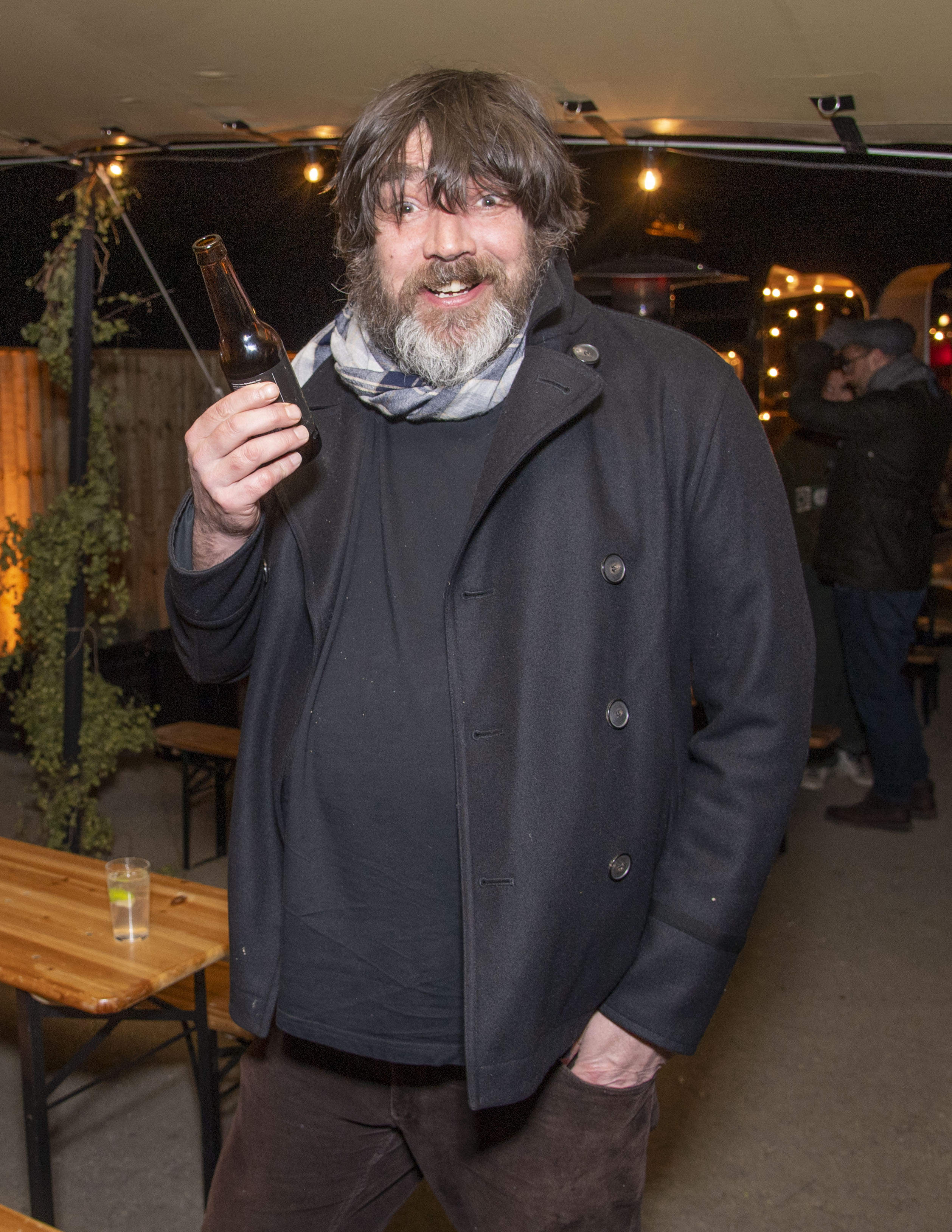 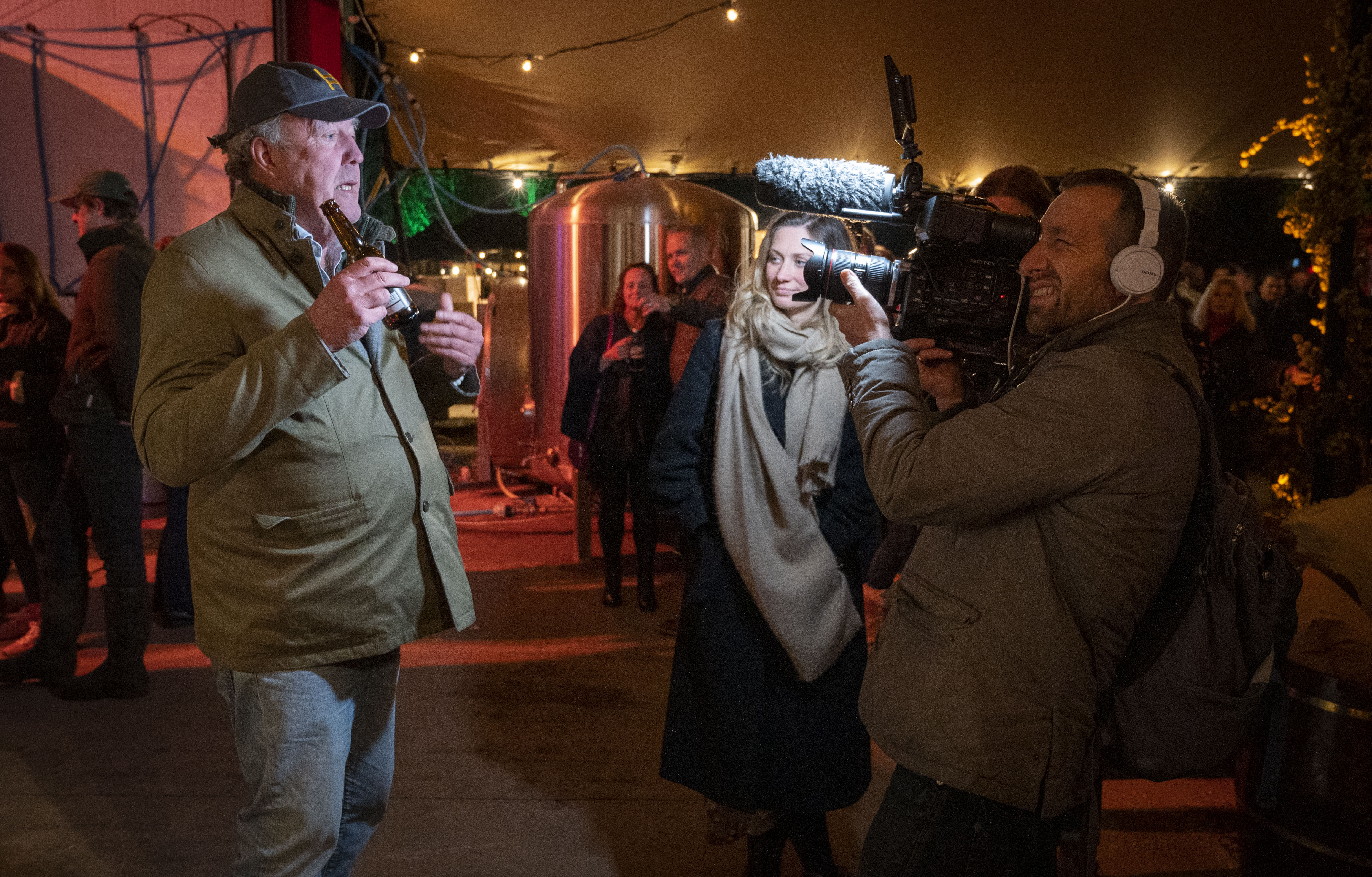 Other members of the Clarkson’s Farm cast were in attendance including his glamorous partner Lisa Hogan, 49, and Diddly Squat’s resident grown up “Cheerful Charlie”.

Jeremy joked that he considered paying for celebrity guests, saying: "We were discussing this. If you have to give celebrities money for turning up, they have to wear a badge with how much money they’ve been paid.

“I had to walk round with a badge at a one magazine launch party with £10 on it. I met Harry Enfield, and he had a badge with £50 on it. He got paid more than me!"

After creating his own Hawkstone brew, Jeremy was shocked to discover the disparity between the £205 per tonne he was originally paid for his premium barley, and the £580 per tonne it costs by the time it reaches brewers.

The star's next mission is to attempt to secure fairer deal for barley producers – perhaps involving the setting of a farmers’ co-operative. He held a round table with other farmers to discuss the issue.

Jeremy said: "I had to do all the growing, I had to take all the risk, I had to fertilise it and spray it and look after it, and then somebody just picks it up in a lorry and then adds £375 to the price?

“Jesus. That’s how badly off farmers are these days."

'My son said make it strong as possible'

The Grand Tour star admitted the "hardest part" of creating his own blend was deciding how strong to make it.

Jeremy said: "My son said, 'Make it as strong as possible, I haven’t got very much money, so I want to go out and get as pissed as possible for the smallest amount of outlay.'

“Gerald, my dry-stone waller and head of security at the farm, when he goes to the pub he likes to drink eight pints, so he likes a low-alcohol beer. So we’ve gone for 4.8. A nice in-between number.”

Guests were able to soak up the stuff with a specially made pizza from Dough Wood Fired Pizza.

Jay said: “Jeremy’s done a thing so we decided to do a thing as well. It might be one of our best creations yet.”

You can now buy Jeremy’s beer here on Amazon.

This Black Friday Sale Has Ugg for as Little as $25, and It Could Be the Last Big Ugg Sale of the Year
World News