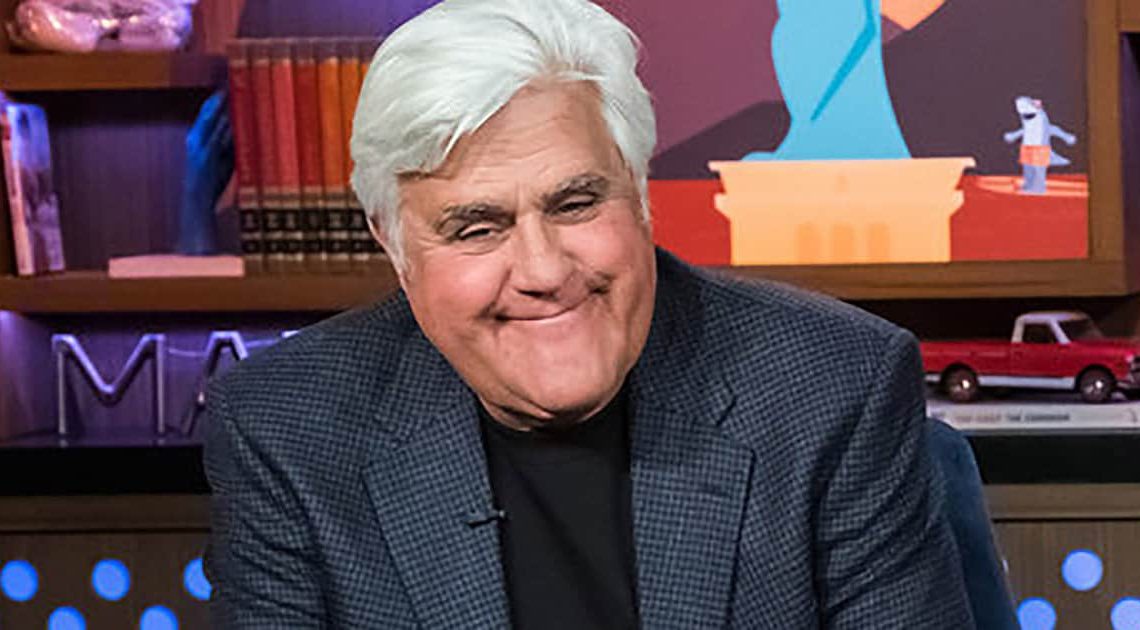 The former “Tonight Show” host drops by “Watch What Happens Live” where he offers a suggestion to improve Andy Cohen’s show, too.

Jay Leno was fearless in talking about past drama with late-night hosts David Letterman and Conan O’Brien during his appearance on "Watch What Happens Live."

The former "Tonight Show" host was at the center of two dramatic tenure shifts during the "late-night wars," beginning when he was selected over Letterman to take over for Johnny Carson on "The Tonight Show," leading to Letterman’s switch to CBS.

Later, when Conan O’Brien took over for him, Leno and NBC launched "The Jay Leno Show" ahead of "The Tonight Show" before the network ultimately gave O’Brien the boot, sending him to TBS, and re-positioning Leno as "Tonight Show" host until his retirement in favor of Jimmy Fallon.

As things have settled now in the late-night arena, it’s hard to remember just how chaotic it was during both of these time periods, and Leno took the brunt of the abuse in both situations. So how does he feel about both men now? And what about that weird non-feud he had with Howard Stern? Plus, Leno offers a suggestion about Andy Cohen’s show.

Cohen got into a brief discussion about Letterman by asking Leno if he’d been invited to appear on Letterman’s Netflix interview show. He said he hadn’t been invited, but "Sure, I’d go on."

He said that they last spoke toward the ends of their respective shows. "The idea that we– We don’t hate each other," he said. "The media makes a big thing about it."

He went on to explain the differences in their styles and what he loves and appreciates about Letterman. "When I started, Letterman was a great wordsmith, but he’s kind of a hesitant performer. I was a very loud, boisterous performer but I wasn’t that good of a writer," he said.

"So I would watch him and go, ‘Oh man, how’d he put those sentences together.’ And he’d watch me back, ‘How can he be so confident on set.’ So I think we sort of took from each other a little bit."

He had a similar note about himself when asked what his favorite memory of Johnny Carson was. According to Leno, Carson would come see him perform live sometimes long before he started even guest-hosting "The Tonight Show."

"He gave me a great note. He said, ‘You know, you’re a great performer, but the jokes … just not strong enough," Leno said. Critics of his tenure at NBC would tend to agree. "He said, ‘What you should do is write your jokes out, go up one night and read them as flat and as boring as you can and if it gets a laugh, then you got a funny joke."

Conan O’Brien and Howard Stern both came up during Andy Cohen’s patented "Plead the Fifth." To his credit, Leno did not bow out of any topic, revealing that Bill Clinton refused to appear on "The Tonight Show" — it was probably all the jokes — before digging into candid answers about his former colleagues.

One answer that probably won’t sit well with Leno detractors is his response when asked if he would do anything at all differently during the 10 months Conan took over "The Tonight Show." Leno quickly responded, "I can’t think of anything I’d do different."

The comedian was seen as attention-seeking and disrespectful to O’Brien for launching a similar show in the time slot right before him, but Leno said now, as he said then, that this wasn’t his call.

"Look, they’re ratings based shows," he explained. "It’s not your decision. People act like it’s your decision. ‘Well, you know, I think I’ll go back.’ The network makes these decisions."

As for that likely ongoing non-feud with Howard Stern, Leno revealed that the secret is that he simply never engaged. "I didn’t get into the feud because you’re not going to win a feud with Howard," he said. "Howard’s good. If you start that feud, boom, you’re down. So you just let it roll and you’re fine."

He said he’s actually a fan of Stern’s to this day and still listens to him. And if he happens to be talking about Leno, he listens even harder.

One of the things Leno praised about Howard Stern was his interview skills. When a caller asked him what he was thinking about his first time on "Watch What Happens Live," he had a similar sentiment for Cohen.

"I’m a big fan of you. I think you’re really good," Leno said. "I think you’re a good interviewer and I think this show should be an hour."

He went on to envision how he would frame an hour-long "WWHL" by saying, "I think you should do the first half-hour the fun thing and the second half-hour like kind of a serious talk." Cohen joked that he’d totally take it up with Bravo, but if he was willing to extend his show, we imagine the network would be down for it.

He practically does enough content for that already with his "Aftershow" videos. It would be interesting to see Cohen abandon the breezy flow of the current show for longer segments that dig deeper. Did Jay Leno just spark the evolution of "Watch What Happens Live"?

view photo gallery
2019 Academy Awards: And the Nominees Are …