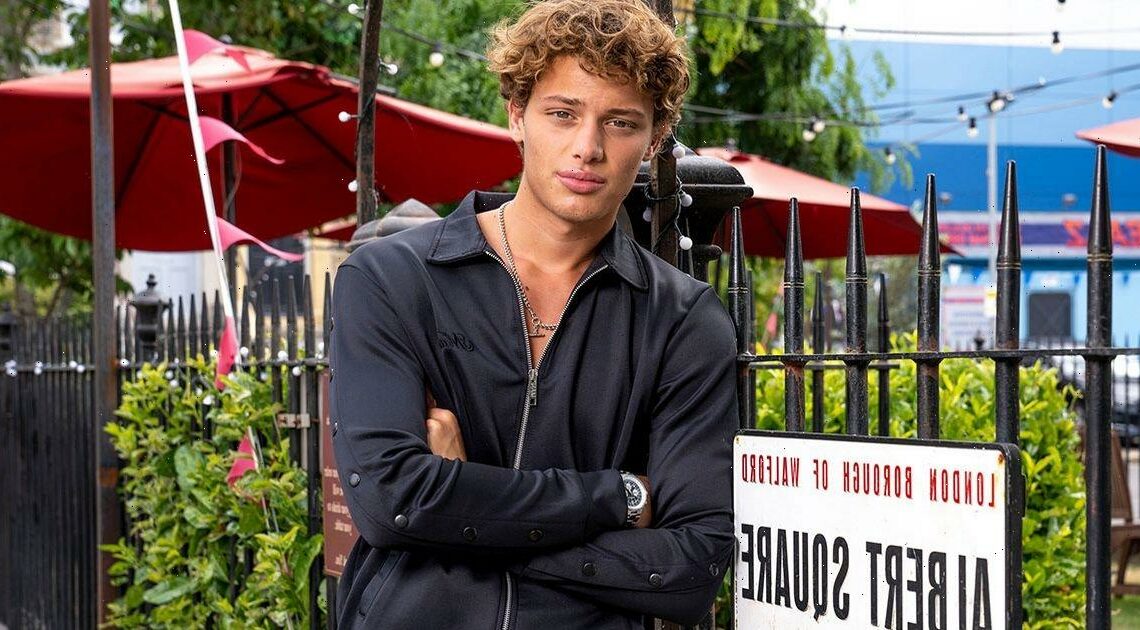 Bobby Brazier, son of the late Jade Goody and TV personality Jeff Brazier, has announced he will be joining the cast of EastEnders.

Filming has already begun for his debut acting role in the family favourite soap, though an exact date for when he will appear on our screens is yet to be confirmed.

He will reprise the role of a character from over 15 years ago, who at the time was played by child actors Alex Kilby and Tom Kilby.

Here is everything we know so far about Bobby and his role in the soap.

Who is Bobby Brazier?

Aged 19, Bobby is the eldest son of Jade Goody and Jeff Brazier, and is a social media personality.

He was born in Harlow, Essex, on June 6 2003, and has one brother named Freddy who was born a year later.

Bobby has 110,000 followers on Instagram, and uses the platform to showcase his passion for meditation and fashion.

Who is Bobby playing in EastEnders?

Bobby will be playing Freddie Slater, son of Maureen “Little Mo” Slater, a character returning after leaving the show in 2006.

Freddie was last seen in Walford in May that year when he and Maureen, played by Kacey Ainsworth, left to start a new life.

He will return to Albert Square aged 18, and fans cannot wait to see how he will fit back in with his fellow East-Enders.

Freddie’s origin story tackled difficult issues, as he was conceived when his mother was raped by Graham Foster, played by Andrew Scarborough.

Graham was sentenced to four years in prison and vowed to see his son after release, however this never happened in the show.

The soap's executive producer Chris Clenshaw said: “Freddie Slater is a chaotic 18-year-old with a sensitive soul. A modern-day lad who’s in touch with his spiritual side. He’s philosophical, accepting, but full of mischief and makes mistakes.”

Has Bobby always been an actor?

This is Bobby's first acting role, but he has a successful modelling career and social media following.

Speaking about the role, he said: “I’m really excited to be joining the cast of EastEnders – so far it’s been perfect. Everybody has been so beautiful to me and made settling in easier than I could’ve hoped.

“Stepping into the acting world has always been a vision of mine and doing that with EastEnders as a Slater is a blessing, I’m very grateful. Loving every minute of Freddie so far and can’t wait to see what’s in store for him in Walford.”

Chris Clenshaw said: “Bobby is an amazing young addition to the EastEnders cast who brings heart and humility to the role of Freddie Slater and I can’t wait for audiences to get to know him.”

Who are Bobby Brazier's parents?

Bobby’s parents are the late Jade Goody, and Jeff Brazier.

Jade appeared on reality TV show Big Brother, where her career in the limelight began, before becoming a household name and eventually appearing on Celebrity Big Brother.

She was diagnosed with cervical cancer in 2008, before tragically dying from the illness in 2009 at only 27.

She left behind her two children, aged four and five at the time, and their father Jeff raised them alone after her death.

Jeff found fame after appearing on shows such as This Morning and Celebrity SAS, and he has presented several shows such as The X Factor Tour Live, and ITV2’s spin off show I’m A Celebrity…Get Me Out of Here! NOW!

He married his second wife Kate Dwyer in September 2018, and despite being public about some marital issues they've had, he said their relationship is “stronger than it’s ever been”.