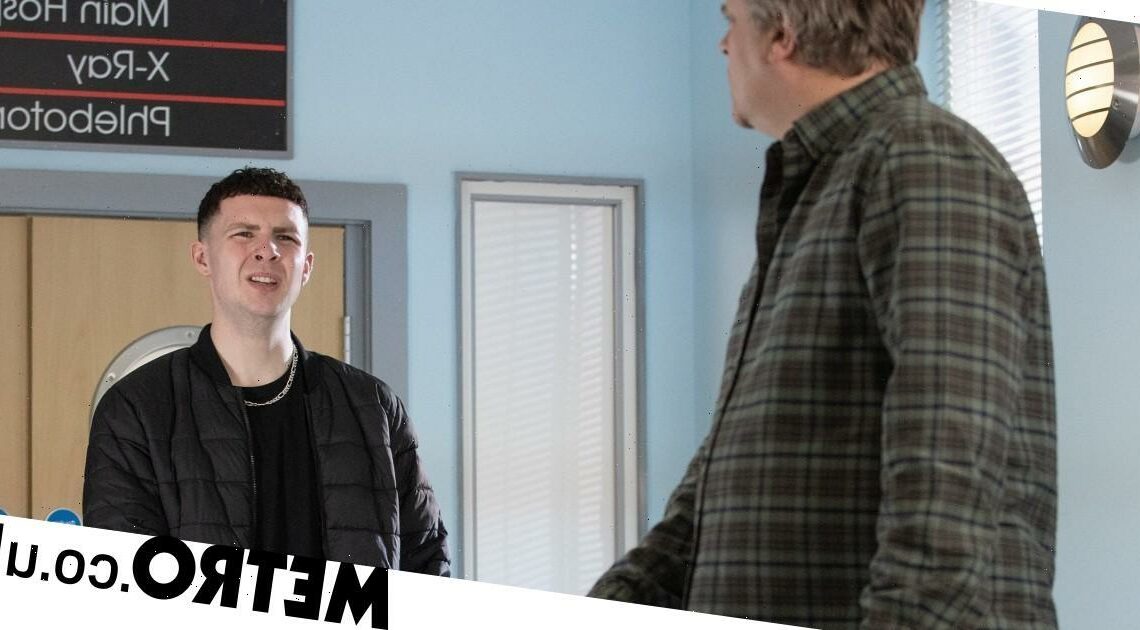 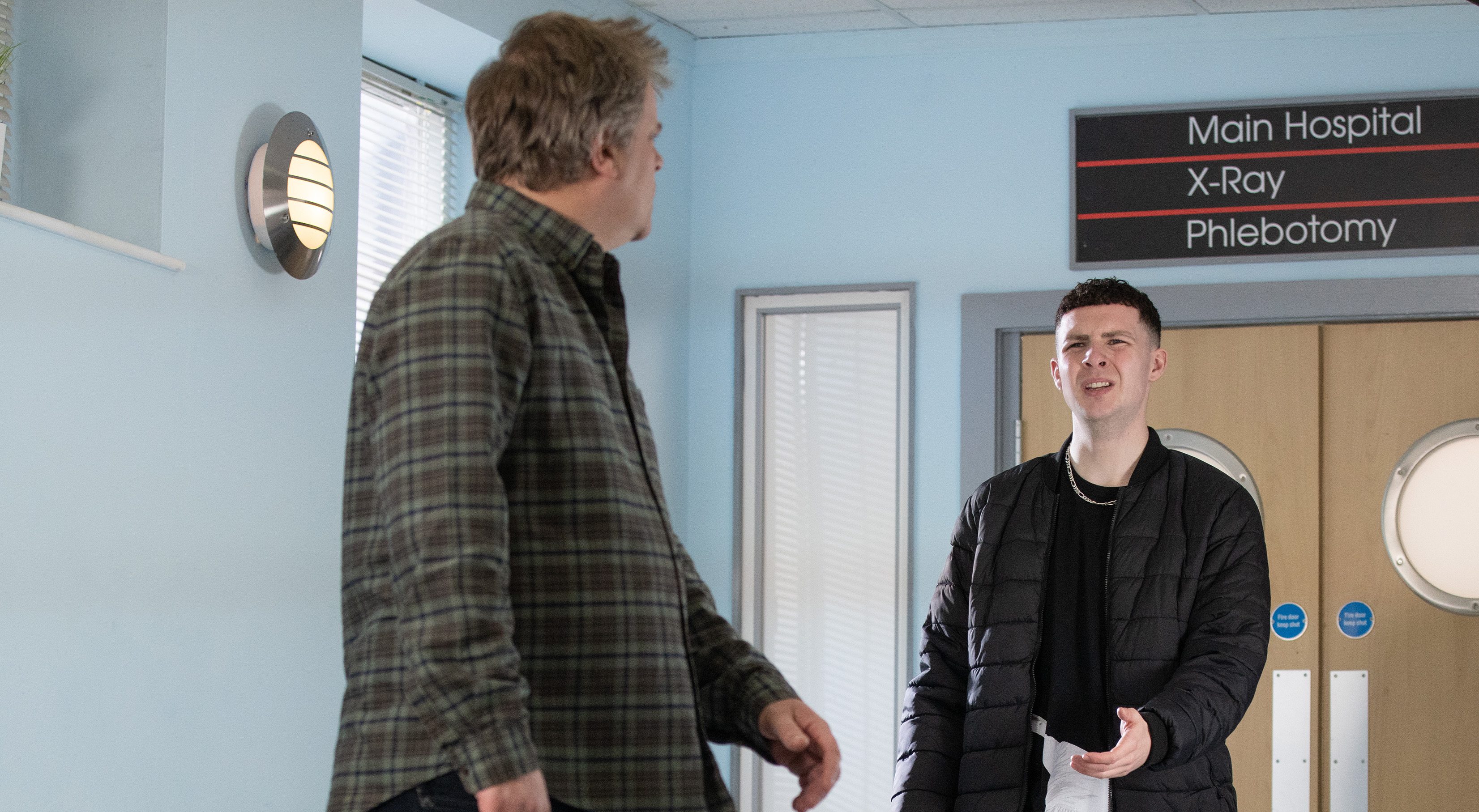 The news came after Jacob and Asha (Tanisha Gorey) were forced to call an ambulance for Amy, who had collapsed at a club after having her drink spiked.

When Steve and Tracy arrived, they accused Jacob of putting their daughter in hospital, convinced he had given Amy drugs.

Jacob assured Steve and Tracy that he doesn’t deal drugs anymore and revealed he wants to see Amy because they’re together.

We left Monday’s episode on quite the cliff-hanger but as these new pictures reveal, Steve’s reaction to the news isn’t a positive one as he punches Jacob.

As he settles back into his role as Jacob, Jack James Ryan has revealed what it was like filming his returning scenes:

How does Jacob feel when he goes to the hospital to check on Amy, knowing that her parents will recognise him?

Jacob is incredibly nervous because he is so keen to make a good impression. Jacob is fully aware of what Steve and Tracy think and feel about him so he is really eager to come across well to them.

When Steve orders Jacob to stay away from Amy, what are his first thoughts?

Jacob is absolutely gutted because he really does like Amy. He has genuine feelings towards her and he sees this new life and a new beginning for himself with Amy so when Steve tells him he can’t see her anymore he feels a lot of emotion and it crushes him. What Jacob and Amy have is something really special and it makes him feel wanted, which is something he has never had or felt in his life before. He doesn’t want to go against Steve but he sees a future with Amy and he really wants to fight for her.

How frustrated does Jacob feel being accused of spiking Amy’s drink just because of his past?

It is really frustrating because he is still a young lad, and he has a lot to learn. He has been naive to a lot of things, but he has made the decision to change and he is struggling to understand why some people can’t see that change in him. But it is also understandable why the Barlow family are reacting this way. He expected things to be hard, but he also expected Amy’s family to be more accepting than they have been.

Talk us through the moment that Steve punches Jacob.

Amy’s drink has been spiked and a lot of fingers are pointing at Jacob which is understandable given his past with drugs. All Jacob wants to do is see Amy but Steve wants him to have nothing to do with his daughter. Jacob is being persistent and he brings sandwiches and crisps for Steve and Tracy to try and help. Steve asks Jacob to leave but Jacob is pleading with Steve to let him stay. Steve’s son, Oliver, is mentioned so Steve sees red and punches Jacob. Jacob is totally shocked by this; he is totally surprised and didn’t expect Steve to do that. Jacob is so disappointed because now he knows at this point, it’s going to be near impossible to win them over. But Jacob is going to continue to fight for Amy.

It was really exciting; the high action scenes are always great fun to film. We had a fight arranger and Simon, and I went through the actions. We had a few different ideas of how we could make it work, trying things and then watching it back on camera to see what worked well. I think we came up with something that looks really cool. It is difficult to get the angles right when filming these sorts of scenes – you can’t just punch an actor! – so it has to be done in the right way. It’s very precise so we did a few takes before we felt we had got it spot on and perfect. In the end, everyone was really happy with it and I am really excited to see the end result myself.

What precautions did you take to film this stunt due to the Covid restrictions?

Simon and I were put into a ‘Covid bubble’ which helped massively because it meant we could get close to each other. I was also all padded up for the fall so I didn’t hurt or break anything!

What is it like working with Simon Gregson? Have you formed a good working relationship filming these types of scenes?

Simon has been amazing. He is iconic to the show and he is a brilliant actor so it’s been really great to be able to work with him and learn things from him on set – I have been soaking it all in! Simon is everything you would expect him to be; he is really funny and we are laughing all the time. I have such a great time working with him and I am really excited to see the scenes on screen this week because I feel like we have worked really well together.

What advice would you give to Jacob if he was your friend?

I think he needs to win the respect of Steve and not just through what he says but his actions as well. Rome wasn’t built in a day so Jacob needs to know that it’s going to take a bit of time for Steve to see Jacob’s true colours and to see what he is about, it’s going to be a long road.