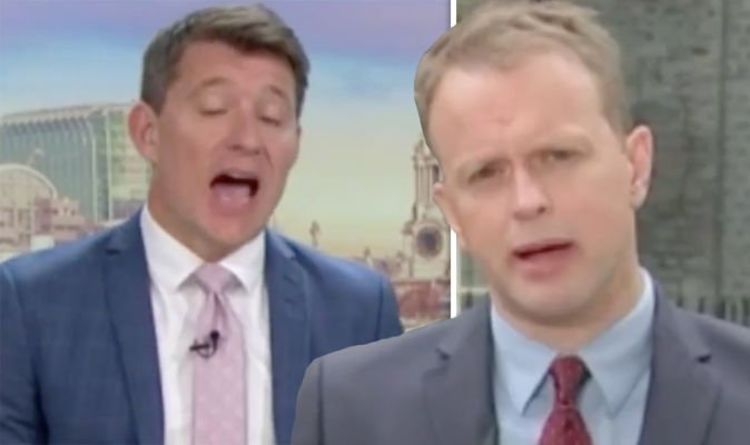 Ben Shephard and Kate Garraway were helming Good Morning Britain today as it was Piers Morgan and Susanna Reid regular day off.

While the programme was filled with serious topics such as the latest debate over whether air stewardesses should wear coloured underwear under their uniform, one moment left viewers in stitches.

Kate, 51, began reporting on the latest news and the topic of conversation turned to Brexit developments once more on the ITV show.

“Talks between the Conservatives and Labour to find a compromise on Brexit will end soon without a deal,” she said, “According to reports.”

Ben continued: “It comes 24 hours after Theresa May’s agreed a timetable in early June for her departure as Prime Minister after the next Commons vote on Brexit.

“[Correspondent] Nick Dixon is at Downing Street for us.”

And then suddenly the presenter stumbled on his words, prompting shock from viewers of the ITV programme.

Luckily, Ben retained his professionalism and swiftly carried on his duties.

“So it’s understood that the government has given up any hope of this breakthrough of the cross-party talks then?” he asked with a straight face. 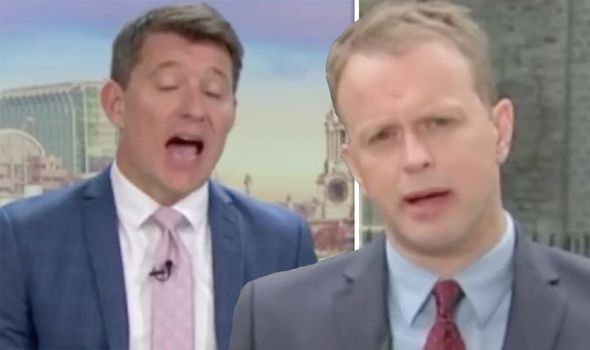 “Seems that way Ben,” Nick replied with a smile. “After all these talks no progress made whatsoever, senior Conservatives saying that really they couldn’t reach an agreement that they felt honours the result of the referendum.”

Sharing their thoughts on Twitter, viewers were in hysterics over the innocent slip-up.

A third teased: “@benshephard morning d***s? We can but hope #gmb.”

“Do they call him Dick behind his back #GMB,” a fourth jokily wondered.

And another simply noted: “Ben just called him d**k #Gmb.”