I think about Harry Harlow’s monkeys a lot. Probably more than any healthy person should.

And I thought of them again as I sat on my couch, in a slight stupor, after viewing “All the Bells Say,” the emotionally exquisite Season 3 finale of “Succession.”

The episode was equal parts catharsis and catalyst. Kendall (Jeremy Strong) finally admits his involvement in the drowning death of a young man who served as a caterer at Shiv’s (Sarah Snook) wedding. Roman (Kieran Culkin) finally sees that the top job at Waystar Royco will never be bestowed upon him by his father, Logan (Brian Cox), and decides to ally with his siblings. And all the while, Logan is readying the company for sale, a move that would effectively cut his children off from their job security, their shares, and ultimately, their legacy.

It’s a turn of events so towering, the trio have no choice but to band together in an attempt to bar the sale, by way of a board of directors override, for which they would need Caroline (Harriet Walter), their mother’s, support.

They confront their father and implore him to stop the sale and, when that fails, threaten to override the move themselves. But it all falls apart when they find out that their mother had already agreed to cooperate with their father, in exchange for a lovely London flat for her new husband, to whom she was married that very day, an event her children abandoned to plot their coup.

The kids, and in that moment they look none so much like forlorn children, are defeated, eviscerated by the two people duty bound to protect and nurture them.

So about those monkeys…

In the 1930s, psychologist Harry Harlow began experimenting with infant Rhesus monkeys. His research spanned decades focused primarily on care-giving and companionship. At first, he compared young monkeys who had been raised in isolation with those raised with their mothers. After some time, he expanded his studies significantly, investigating how an infant monkey reacts when given different versions of surrogate mothers, some made with wire and wood, some with cloth, with faces they could recognize as “their” mother. 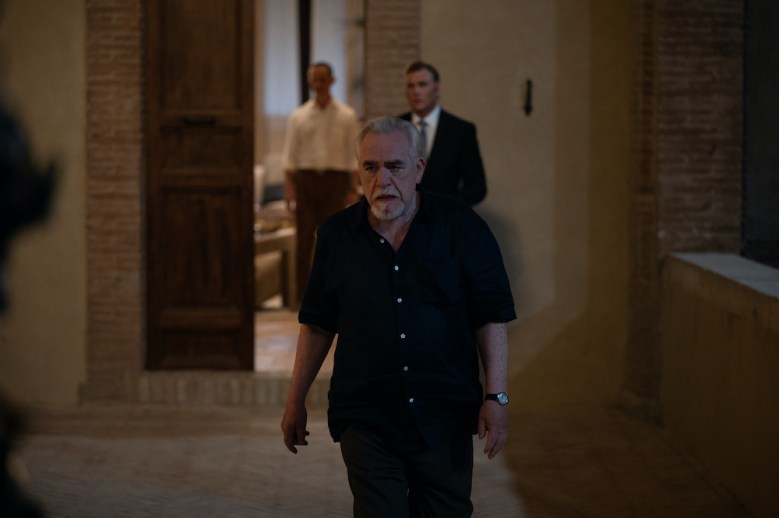 There are many nuances of said controversial research, which continued far beyond its origins, but the tidbit that stays with me, that stayed with me after the “Succession” finale was that, when given a choice between a harsh, unforgiving facsimile of a mother or nothing at all, the infant monkeys chose the dummy.

As Season 3 unfolded, it’s easy to understand how some viewers might be turned off. Roman becomes the latest sibling to vie for the Waystar throne. He proves himself a savvy, if flawed, businessman who finds some success before being hoisted on his own petard — or in this case, a petard pic — and professionally excommunicated by his father.

It’s a familiar tale because we’ve seen it play out twice before, with Kendall and with Shiv. At some point the audience is bound to question why the characters keep subjecting themselves to such humiliation. It’s as predictable as Wile E. Coyote and the Road Runner.

The answer is simple: wire mothers.

All of which is a very long-winded way to say that the reason “Succession” is the best show on TV is because it understands not only the trauma of abuse, but the fact that our brains are hard-wired to look to our parents for that comfort, and are so often accepting of what they give, no matter the form it takes, no matter how much we wish it was something else. 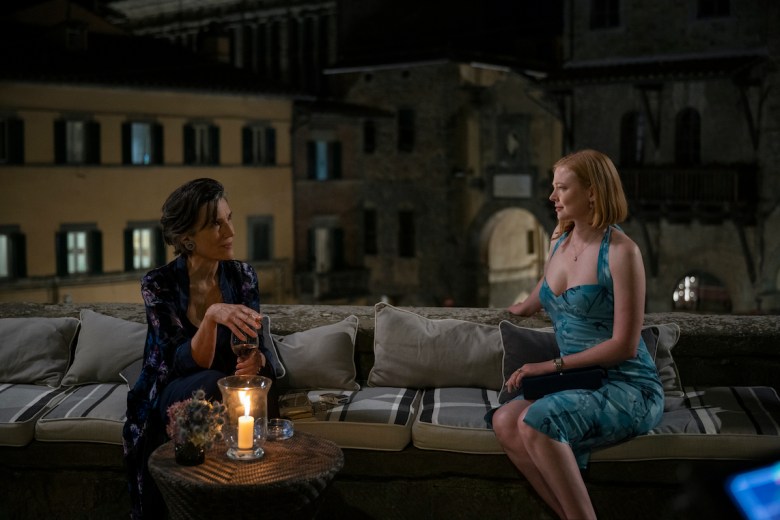 In “Chiantishire,” the penultimate episode of the third season, Shiv and Caroline discuss the former’s childhood. Their relationship has always been thorny, but here it reads more barbarous than ever before. We’d seen the pair of them snipe at each other, but this conversation had Caroline genuinely accusing Shiv of betraying her as a child, of choosing her father over her, and doing so with malice. Shiv points out that she was only 10. Her mother contends she was 13. But it doesn’t matter what age Shiv was, she was a child. She was a daughter. It was never her responsibility to make those decisions and for her mother to make such recriminations is abhorrent.

As icing on the cake, Caroline muses that she never should have had children. She should have had dogs. She never did have dogs because Logan never saw anything he loved without wanting to kick it to see if it would still come back. She utters this, seemingly oblivious to the fact that this is precisely how Logan treats her children, too blinded by her own pain to recognize that she would have offered more protection, more care, to a dog, than to her sons and daughter.

Later on in his studies, Harlow investigated social isolation amongst the animals. Unsurprisingly, monkeys raised in isolation presented with maladapted social skills and attempts to reintegrate them with monkeys their own age who had been raised “normally”(insofar as a monkey being raised in a laboratory’s life can be normal) often failed to strengthen their socialization skills, which didn’t seem to be mitigated by the introduction of a surrogate mother for the traumatized test subject.

However, monkeys who did see vast improvement, to the extent that their ability to be social creatures largely normalized, were those who were introduced, not to peers, but to monkeys younger than them. 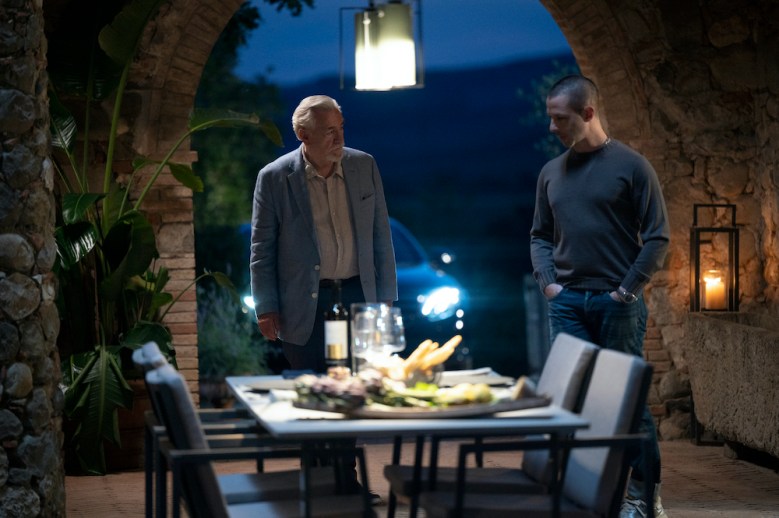 Kendall’s path in Season 3 was a chaotic one which, in the last two episodes, settled into a deep and dark depression, punctuated by a near-drowning incident that could be classified as a cry for help, if not something more dire. In the finale, when he finally lowers his guard and reaches out to his siblings about his tremendous guilt and shame, it feels like a drowning man making a final grasp at a life preserver just out of reach.

Shiv and Roman hear him, in their own supremely fucked up way, and awkwardly attempt to comfort their brother, while still extremely distracted by the business matters looming over their collective heads. When Kendall realizes that he is safe with his siblings, you can see Strong’s countenance lighten, unburdened of his horrible secret for the first time in several seasons.

But far more telling is what happens just moments later. In a car with his brother and sister, hurtling through the Italian countryside, as the sun is setting, Kendall comes back into his body. This man that we haven’t really seen since Season 1 has returned and is cogent, outlining the way that the three of them could put the brakes on the sale, explaining precisely what they’ll need to do and how they’ll need to do it. He is back inside of himself and what it took was being connected to his (younger) siblings again.

This is, I suspect, a pattern that has played itself out throughout Kendall’s lifetime. Being isolated, emotionally or otherwise, and finding his way back to himself via his siblings. With them, he has a sense of security that he’s been unable to find anywhere else in his life, ever. He is home.

“Succession” knows so much about human hearts and human minds and human psyches and laces it all into a narrative that could otherwise be reduced to a game of Monopoly with the highest of stakes. Instead, it balances on the razor’s edge between bloviation and brutality, kept aloft only by its precise understanding that at heart, we are all damaged monkeys, looking for any comfort we can find.