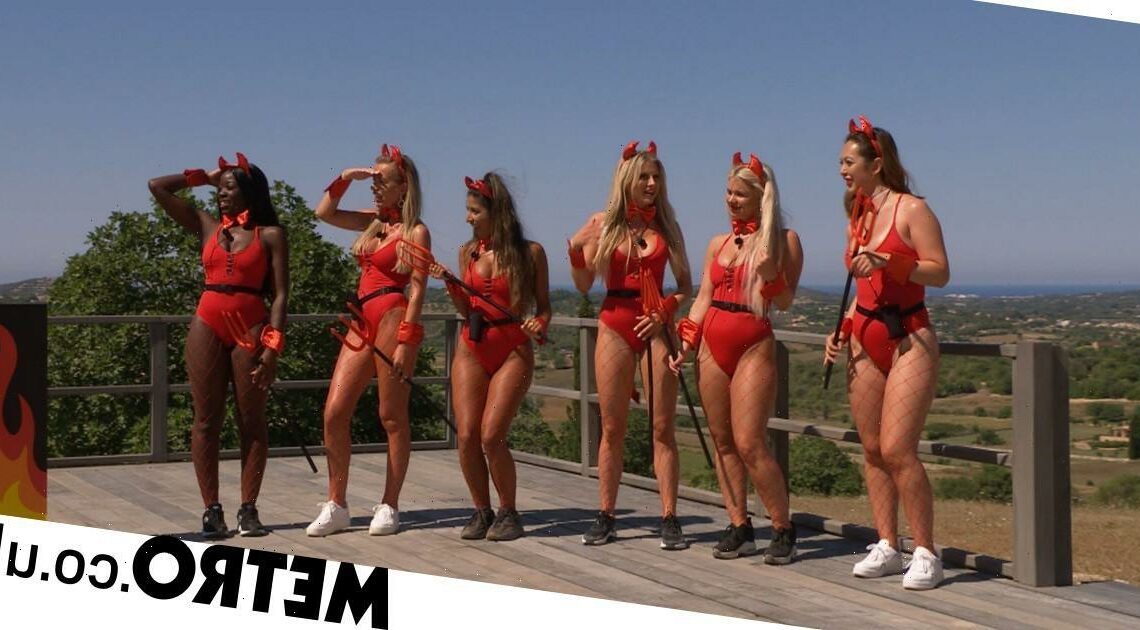 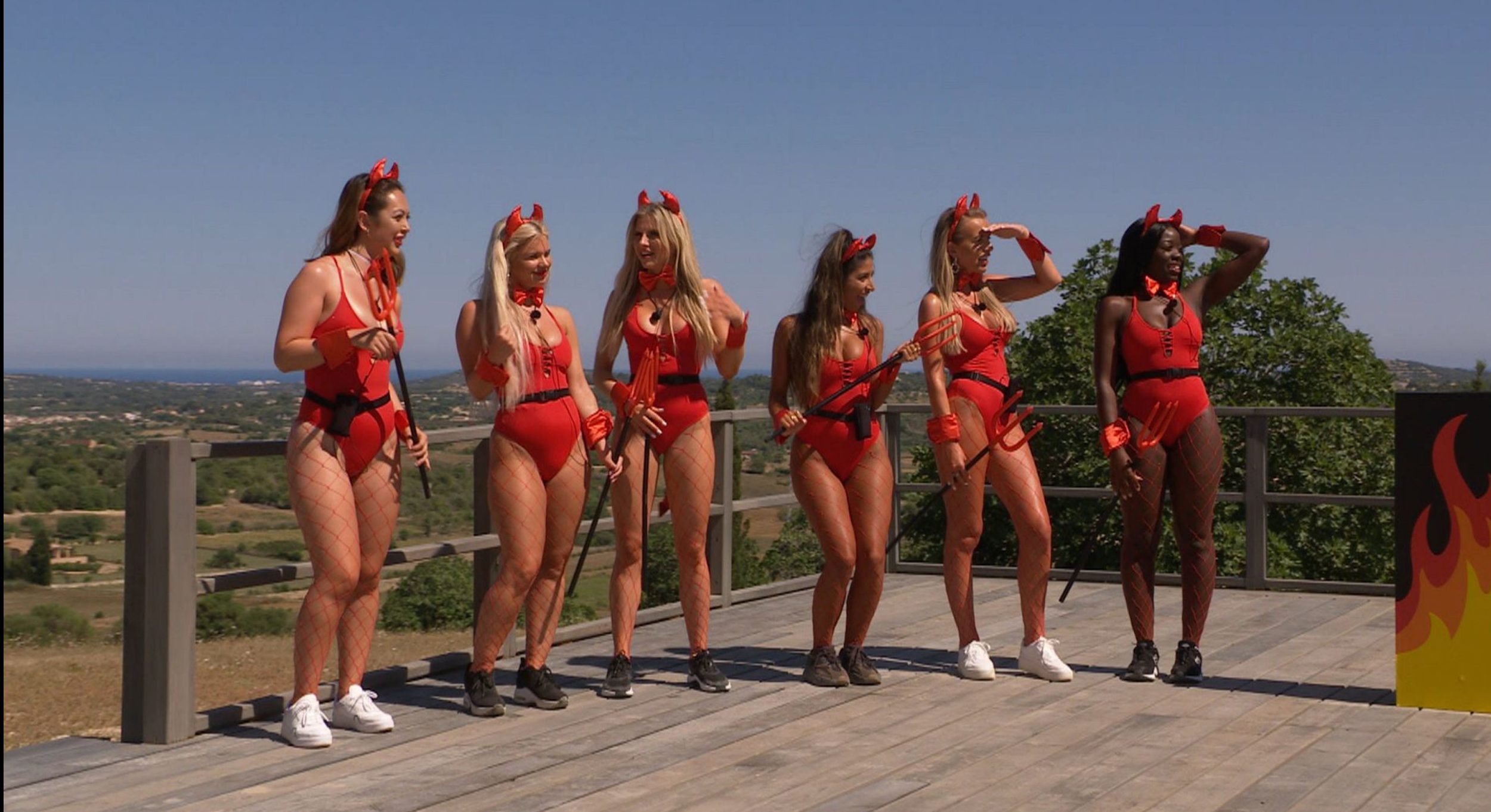 Love Island has finally returned to our screens, with a brand new cohort of sexy singles looking to find love (or at the very least, a blue tick on Instagram and a teeth-whitening endorsement) in the infamous Majorcan villa.

After more than a year away from our screens, there was excitement over what our new set of Islanders were going to be.

We waited with bated breath to see whether show bosses would stick to the tried-and-tested formula of influencers, a curveball Islander with an unusual job (remember bomb disposal expert Camilla?) and someone adjacent to fame (Danny Dyer’s daughter) – or something completely different.

So some people were left disappointed when Love Island returned for season seven with its line-up loaded with the usual suspects – the buffed and the bronzed, the tall, the tanned and the toned.

While some thought the coronavirus-enforced break away from screens could see the series respond to the frequent criticism that it’s not diverse enough, Love Island stuck to its staples.

Yep, as of 2021, we’re yet to see our first ‘plus-sized’ Islanders – an issue that has become a real sticking point. Many have criticised Love Island for promoting an unrealistic body image to its young audience – particularly as the show’s popularity has continued to grow.

Bosses have always argued that Love Island has been ‘aspirational’ TV, and not a Jimmy McGovern-written gritty slice-of-life look at love. It’s a voyeuristic take on romance, the televisual equivalent of candyfloss with the equivalent nutritional value – a guilt-free pleasure watching beautiful people worlds apart from our real life looking for the one; something that showrunner Richard Cowles phrased (quite clumsily) in 2019.

‘First and foremost, it’s an entertainment show, and it’s about people wanting to watch who you’ve got on screen falling in love with one another,’ he said. ‘Yes, we want to be as representative as possible, but we also want them to be attracted to one another.’

But because Love Island has endorsed this practically impossible ideal for seven seasons, it may find itself reluctant to cast someone who is even vaguely outside this typical Westernised beauty standard. Why? Well, in part, it’s due to the viewers themselves.

Love Island is a series that thrives off the conversation each episode makes, with tweets about the 2019 series reaching a staggering 2billion impressions. And while lots of the tweets are about drama, memes and must-see moments, others are far less kind – with Islanders often receiving trolling, abuse and cruelty sometimes just based on their looks alone.

Despite the tragic events that have happened around Love Island over the last few years, and the constant calls to ‘#BeKind’ on social media, many viewers still see this group as young twenty-somethings as fair game.

A quick search on Twitter looking at Monday night’s opening episode sees thousands upon thousands of tweets calling a number of the Islanders ugly, tearing them apart for their teeth, their lips, their stomachs. Some criticised the new cohort for their cosmetic enhancements, while others sniped that some ‘needed’ surgery.

And these are people who adhere to the typical Westernised beauty standard. Why would someone who deviates even slightly from that want to subject themselves to such an onslaught of abuse?

Take Love Island 2020. Shaughna Phillips’ legs trended on Twitter throughout season six for being ‘too large’. The former civil servant was so insecure about the size of her legs that she said she blocked the word ‘legs’ from all her social media as she feared the extent of the abuse of trolling she would receive – and said she felt like the token ‘fat girl’ on the show.

Elsewhere, season 4’s Megan Barton Hanson was shamed online for the amount of surgery she had, and season 5’s Molly-Mae Hague was accused of being a ‘catfish’ for not looking exactly like her Instagram pictures at all times.

All three of these Islanders conform to the mainstream beauty standard Love Island has always promoted, yet under the intense scrutiny of trolls, they were decried as ‘ugly’, ‘fat’, ‘fake’. So how would we expect a ‘normal’ girl to fare against viewers, who now expect an impossibly high standard?

Islanders – especially the women – know they will be subjected to criticism and trolling for their looks.

Love Island execs have stressed that all the new contestants are given stringent social media training and access to medical professionals before, during and after the show, and I don’t doubt the utmost is put into taking care of the Islanders’ welfare. But speaking about trolling theoretically, and experiencing it in practise, are two very different things.

It takes someone with an extremely thick skin to not even be slightly moved by the sheer volume of hatred Islanders receive. And a show that repeatedly asks its audience to ‘be kind’ and be considerate towards its contestants demonstrates there’s something inherently wrong with its viewers, rather than the series itself.

Love Island isn’t perfect. But before we criticise casting executives and show bosses for not showing a diverse range of bodies and more realistic shapes on the show, viewers and commentators need to take a good hard look at themselves and figure out exactly why that may be.

When people who so strictly abide by a certain beauty standard are trolled relentlessly for perceived flaws, why would anyone who deviates only slightly from this standard want to appear on the programme?

Even a casual, throwaway tweet about an Islander’s appearance could cut like a knife. Maybe we all need to examine what we’ve said in the past on social media to understand why there’s not a bigger range of Islanders – and take some responsibility for that ourselves.

The NCAA and the impact of NIL compensation, explained – The Denver Post
World News