Home » TV & Movies » ‘It’s Always Sunny in Philadelphia’ Has Something To Say — in Season 15, and Beyond

‘It’s Always Sunny in Philadelphia’ Has Something To Say — in Season 15, and Beyond

[Editor’s Note: The following article contains spoilers for “It’s Always Sunny in Philadelphia” Season 15, Episode 8, “The Gang Carries a Corpse Up a Mountain.”]

After a quick glance at the title, two things are immediately clear about the “It’s Always Sunny” Season 15 finale: Dennis (Glenn Howerton), Dee (Kaitlin Olson), Mac (Rob McElhenney), Charlie (Charlie Day), and Frank (Danny DeVito) are going to carry a dead body up a mountain. But just as certain as the promise laid out in writing is its inevitable consequence: They’re going to drop that body. Probably more than once. And it’s going to be pretty damn funny when they do.

Such a simple premise may seem like a far cry from where Season 15 began: with the gang worming their way into some of America’s most-recent marquee mistakes. Mac and Dennis fuel voter fraud claims in the Presidential election. Frank’s illegal hair-dying business during lockdown humiliates Rudy Giuliani on TV. Dee and Charlie create the costumes made infamous during the January 6 Capitol attack.

If “2020: A Year in Review” is satire that cites its sources, then “The Gang Carries a Corpse Up a Mountain” sounds like the opposite. It’s a situational comedy where the situation is spelled out in the title, and the jokes stem from established character dynamics or good old-fashioned slapstick. But it’s also savvy, targeted satire. The Season 15 finale wraps up a bevy of stories running through the gang’s trip to Ireland, including Mac’s identity crisis, Frank’s feelings of abandonment, and Charlie’s newfound father. The latter topic serves as the episode’s catalyst, since it’s Shelley (Colm Meaney) whose corpse is being carried, but it’s a group effort to make the finale’s — and season’s — broader point:

American narcissism has morphed into the country’s predominant character trait, and it’s hurting far more than its citizens. In the midst of a global pandemic, such a potent combination of entitlement and apathy can form a contagion as lethal as COVID. After all, it’s not just the disease that killed Shelley, but the careless people who gave it to him.

Season 15’s kicker is a big, bold statement for a series that’s full of them — perfectly timed to the moment we’re all living in, as well as a record-breaking year for “It’s Always Sunny in Philadelphia.” Now the longest-running live-action comedy in television history (surpassing the 14 seasons of “Ozzie and Harriet”), the show’s cast and creators spoke to what they set out to do this year, and every year, during a recent press conference.

“The things that make me laugh are when my friends say things I haven’t necessarily heard before,” Kaitlin Olson said. “It’s not like they are trying to go for shock value, but what makes me laugh is something I haven’t seen presented in that way before. I think that’s part of why this show works. We all have a very similar sense of humor and share that sensibility. I think that’s why we have the chemistry that we have.”

“It comes very naturally to us — our sense of humor perhaps cuts a little closer to the bone than other people’s,” co-creator and star Charlie Day said. “I don’t think we are ever making a conscious effort to push the [limits]. It just is what we find funny — our viewpoint on the world and human behavior. Year after year, I feel like there’s a sense [that the show is] sort of edgy, but I don’t know. I think our show is just realistic.”

“Like the world is pushing the envelope, and we are just reflecting what’s going on in the world,” Danny DeVito said. 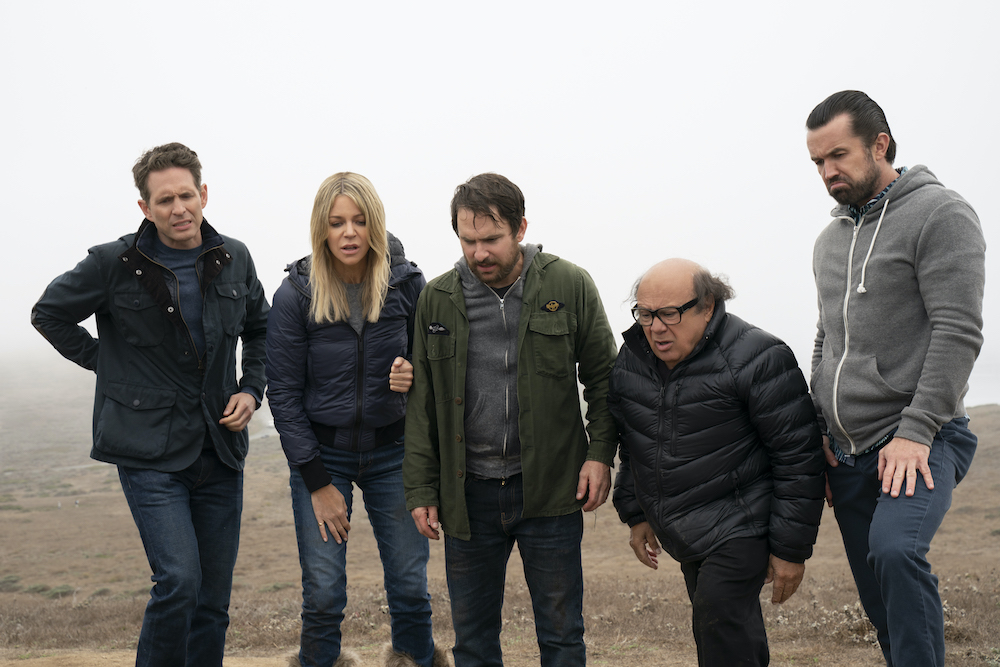 The obvious question is: How? Little has changed at Paddy’s Pub. The characters remain stagnant in their personal and professional lives, existing somewhere between “cartoons” (as McElhenney refers to them) and “real people” (as Day still sees them). Even as the world turns, the windowless bar that houses most episodes is largely the same.

But the series itself is still innovating. McElhenney, who serves as showrunner, has long made an effort to bring in new voices to liven up the writers’ room and keep the core producing team on its toes. In 2016, they brought in Megan Ganz, who’s gone on to not only become an executive producer and pen some of the series’ best episodes (including the Season 15 finale), but she also co-created the Apple TV+ series “Mythic Quest” with McElhenney.

“Whether the characters can remain myopic or not, I don’t believe that the showrunners should, because then the show can’t evolve,” McElhenney told IndieWire earlier this year. “The characters might not evolve, but the show needs to evolve. So then how can I do that when I’m sitting down to go into the writers’ room and sitting down to plan out the next season of the new show? I have to look at it like, ‘OK, well, why am I doing this anymore? Do I just want to make another TV show that goes for 15 years? Or do I want to do something that continues to challenge me and scares me a little bit and gives me the opportunity to do something I’ve never done before?’”

The cast mirrors that creative hunger, even after 15 seasons embodying the same characters.

“I will say, to live in a character for 15 years, it’s a very unique experience that not many people get to do,” co-creator and star Glenn Howerton said. “I do feel like one of the biggest challenges of writing the show is continuing to explore who these people are and finding new ways for them to express themselves in spite of the fact that they have very established character traits.”

“It is interesting going and doing other projects and realizing, ‘Oh, I’ve got to work on this,’” Olson said. “I’m, like, ‘Who is this person, and what’s the background? Why is this character upset?’ I don’t ever have to worry why Dee is upset. She’s just always upset. I just pop in and out of it — I don’t really think about it. I do try to say ‘goddamnit’ in different ways because I started to make myself bored with the ways I’ve said it in the past.”

Spicing up old standbys is a beneficial practice on set, but it isn’t how the writers approach new episodes. There was a two-year break between the fourteenth and fifteenth seasons of “Sunny,” and while part of that was due to pandemic production delays, McElhenney never wants making the show to feel like an obligatory endeavor.

“As much as we love [producing the show], we also don’t want to make a show that isn’t worthy of the audience’s time and attention and love,” McElhenney said. “We feel like we’ve fostered that over the last 15 years, and we want to make sure that we are going to put out a season of ‘Sunny’ that has something to say — that’s interesting, that’s still fun, it’s still very funny, and that it’s satire at its highest. Sometimes that just takes a little bit more time, especially as you get into the later years. Regardless of how much fodder the world seems to continue to generate for us, we want to make sure we get it right.” 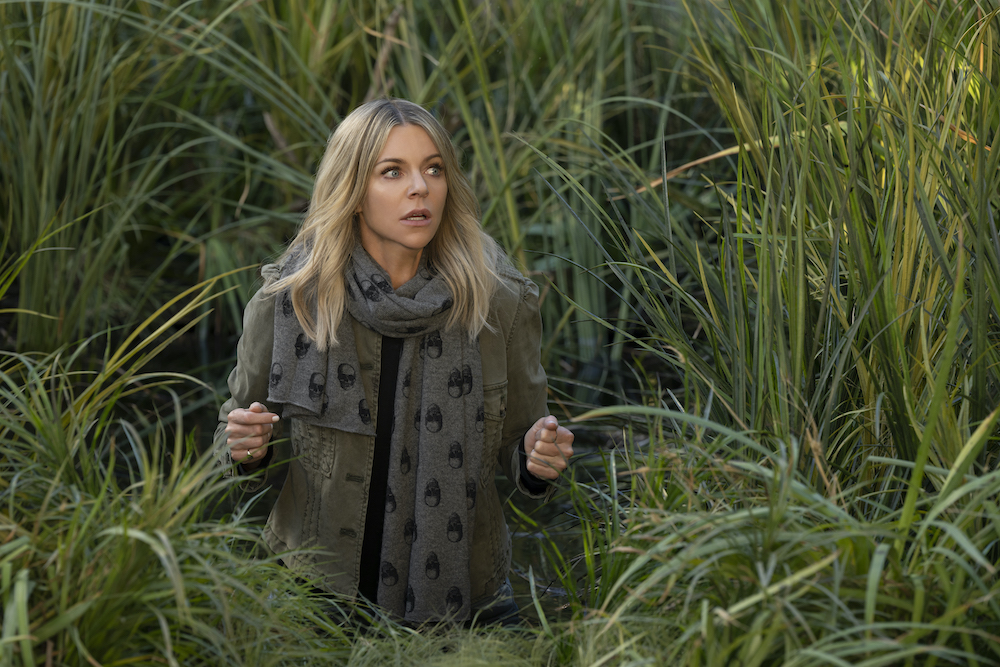 “I just sort of feel… maybe it’s responsibility,” Day said. “When there are major world events, I think our show is a nice platform for people to be able to process them through humor. I know I felt the same way about ‘The Daily Show’ when Jon Stewart was [hosting]. I think ‘South Park’ also has done it really well. And I think we still have a show that’s a safe space for the audience to be able to laugh at these sort of things.”

Season 15 gave viewers a lot to laugh at, whether by reframing national news or simply watching a corpse tumble down a mountain. “It’s Always Sunny in Philadelphia” keeps finding new highways to hilarity and keeps putting up revealing road signs along the way. It seems like as long as the creators remain engaged in the world, they’ll be excited to speak to it through this show.

“At the end of every season, I start to feel like, ‘Well, that’s it,’” McElhenney said. “And then a few months go by, and something crazy happens in the world, and I want to write jokes about it, and then I’m happy we still have the opportunity to do it. Because we’ll never have an opportunity like this again. Yes, we’ll have all sorts of other shows and things like that. But ‘Sunny’ is so very specific, and it’s a unique way of looking at the world and being able to satirize things that happen. I love what you said earlier, Charlie, about processing difficult information. There’s something about these characters that gives us the opportunity to process information in a way that I just don’t think anything ever in the future will allow us to do. It’s just unique in that way.”

“It’s Always Sunny in Philadelphia” Season 15 is available to stream on Hulu. The series has been renewed through Season 18 at FX.