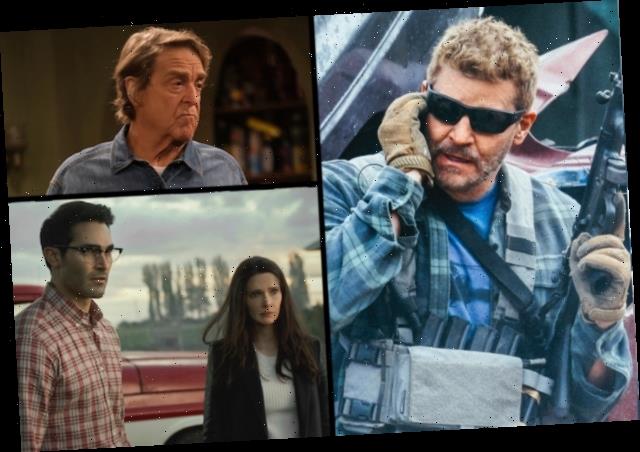 We’ve got questions, and you’ve (maybe) got answers! With another week of TV gone by, we’re lobbing queries left and right about shows including The Flash, Prodigal Son, SEAL Team, the Golden Globes and Mom! 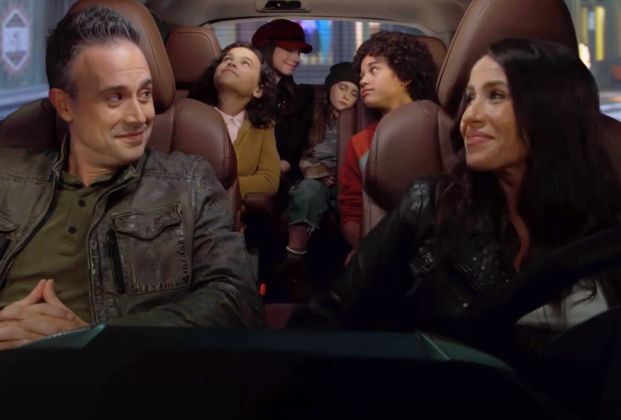 2 | Could you tell that this Punky Brewster scene was shot using green screen and separate takes for each cast member, to comply with COVID protocols? Us neither!

4 | After the Golden Globes‘ Zoom fiasco, wouldn’t it be wise for the Grammys (airing March 14) and the Academy Awards (airing April 25) to have the winners pre-tape their speeches earlier that day? And was Al Pacino taking a nap or looking down at his phone during that one cut-to-commercial? (If the former, it sucked that he woke up only to lose to Josh O’Connor from The Crown.)

5 | Didn’t American Gods do a fairly unobtrusive job of cutting Marilyn Manson out of this week’s episode?

6 | Has there been a deeper cut on TV this year than Rainn Wilson, playing himself on The Rookie, alluding to his role on Fox’s one-and-done Backstrom? Also, given how this episode was obviously on the shelf for a while (Jackson was still dating the actor), are you surprised they aired it at all?

7 | If you had to rate Men in Kilts‘ Sam and Graham on their dance skills — which both agree are near-nonexistent — who’d come out on top? 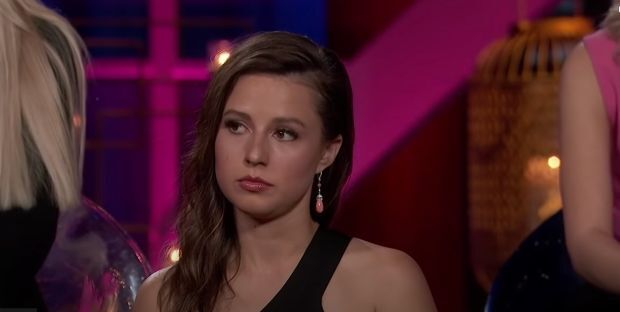 8 | Whose mystery blond hair is this behind Katie on The Bachelor: The Women Tell All? Whoever it is was edited out of photos and footage. (Heather, is that you?)

9 | Didn’t the 10 miles-long Snowpiercer (below) rumble past Melanie pretty quickly? Again, the train is 10. Miles. Long.

10 | Should The Flash have reminded us early in the long-delayed season premiere where MIA Cisco (doing research in Atlantis) and Caitlin (recuperating with her mom) were? TVLine reader Zinnia asks: “Why was H.R. inside Nash’s mind with the others? He died before Crisis and shouldn’t be alive in there.” Lastly, did The Flash name-checking Clark Kent draw further attention to the fact that Superman & Lois has not yet even mentioned Kara?

11 | black-ish viewers: On a scale of cute-to-creepy, what did we think of Junior and Jack’s whole Mom-as-girlfriend thing? 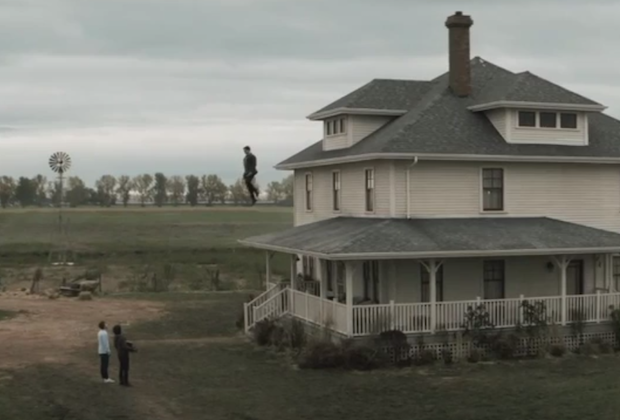 12 | Wasn’t Superman & Lois‘ Jonathan oddly chill with the prospect of moving to Smallville, leaving the high school where he is a BMOC, and missing his turn as starting QB? Also, should Clark maybe show a bit more discretion when floating around the house doing repairs?

13 | Did this week’s Prodigal Son make Edrisa and her crush on Malcolm look even more ridiculous than usual? She’s an intelligent, grown woman, so why is she being presented as a clueless 12-year-old?

14 | Did Young Rock invent a time machine and pull from the past? The casting for these legendary wrestlers is spot on!

15 | NBC’s Family Game Fight announcement touted Kristen Bell and Dax Shepard as “America’s Funniest Husband and Wife Team.” Has the gauntlet been laid down for Cobie Smulders and Taran Killam? Are Goldie Hawn and Kurt Russell in some special “senior” division? Also, can you imagine if Family Game Fight, ABC’s Family Food Fight and NBC’s own Hollywood Game Night all aired on the same night? 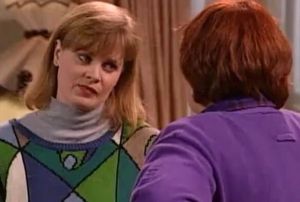 16 | What is with all of The Conners‘ Mulan references? And would Dan, of all people, have known the cost of the film with Disney+ Premier Access, to quickly calculate that four rentals would cost $120? Plus, why did they make up a neighbor we’d never heard with a vendetta against Roseanne? Couldn’t they have said the tombstone next to hers belonged to Kathy “Needle-Butt” Bowman? Lastly, how would Jackie go about having Roseanne’s plot moved without Dan’s approval?

17 | Should we add SEAL Team‘s “Jason’s son” (we can’t even remember his name!) to our list of Vanished TV Characters? Also, how hard did you cringe when Sonny horribly, badly, awfully handled Hannah’s news?

18 | Anyone else hope that Resident Alien‘s Isabelle goes back to New York City sooner rather than later? (Elvy Yost is lovely, but her character just doesn’t seem to gel.)

19 | Was The Challenge‘s CT wrong to rant and rave the way he did when he ditched Big T for Killa Kam? And do you wonder what this season would’ve looked like without all of the medical DQs and quits? It seems like we lost the season’s strongest players to everything but the Crater. 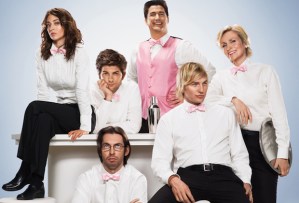 20 | Should we be concerned that none of Party Down‘s original cast are confirmed yet to return for the revival? Could this be a Scrubs-type situation, where Adam Scott’s Henry is now the new boss to a fresh set of young cater-waiters?

21 | We know they’re not officially engaged yet, but what are the chances Superstore‘s series finale takes place at Mateo and Eric’s wedding, where Jonah would inevitably reunite with Amy?

22 | Seeing as how B Positive is clearly shifting focus away from Drew’s family and towards the dialysis group, what are the chances Julia and Maddie love Iceland so much that they simply never come back? (Maybe they’ll find Mom’s Roscoe there!) 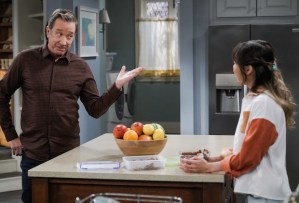 23 | Who is editing Last Man Standing? Mike goes to work, tells Ed and Chuck he’s already gone a few days without eating meat… and then in the following scene, Jen throws out Mike’s leftovers for the start of the house’s meat-free diet. And why would Mandy and Kyle have to move into Kristin and Ryan’s garage apartment? Is someone else renting the place above Bud’s Buds in the year 2023?

24 | Wasn’t it nice to see Mom’s Wendy finally get a storyline after all these years?

25 | Will Clarice‘s titular heroine be able to patch things up with Ardelia? And will Clarice ever be able to fully trust the rest of the VICAP team?

26 | Now that we have confirmation that Servant‘s Uncle George and Aunt May aren’t Leanne’s family by blood, do you think they’re cult members, actual angels… something else? WTF is going on with Roscoe!? And when did Jul-Leanne become a thing?

Hit the comments with your answers — and any other Qs you care to share! And rest assured, we have many lingering WandaVision questions to come!

A High B.M.I. Can Get You Vaccinated Earlier, Junk Science or Not
World News