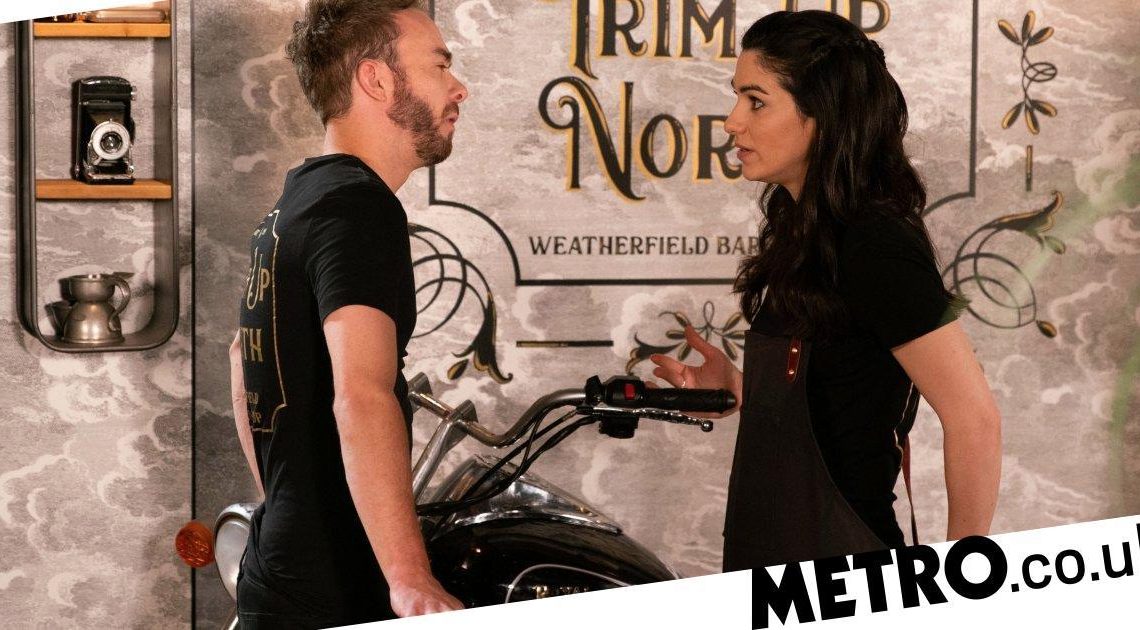 Natalie Watkins (Cassie Bradley) has been a controversial figure since she first appeared in the soap in January.

Since arriving on the street she has been working as a trainee hairdresser at Trim up North, and quickly became tangled up with Nick Tilsley’s (Ben Price) plan to defraud his grandmother Audrey by taking her £80,000 inheritance money.

Natalie has used her knowledge of the fraud to control Nick and David, and she has not been concerned with trying to make friends.

Now she has disappeared from the street and some viewers have been left wondering whether she has left for good.

Natalie has been a problem for Nick Tilsley since appearing on the street, with her tactics including blackmailing Nick and trying to seduce David Platt (Jack P Shepherd).

She’s also caused problems for Shona Ramsey (Julia Golding) after kissing her boyfriend David last month when they were alone in the barber shop.

Her knowledge of the money theft as made her a dangerous person for both Nick and David, and she isn’t afraid to use that power.

Once he discovers that Natalie has disappeared, David bribes Tracy McDonald to give him to information on where her taxi took her.

After arriving at her flat, David and Shona are told that Natalie has fled, but David starts to grow suspicious.

He starts to wonder whether his brother Nick could be involved in Natalie’s disappearance, and it could be his way of keeping her quiet and out of the picture.

It’s not yet known whether Natalie is now gone for good, but it’s likely that she will return some way or another, as it’s unlikely that she’ll want to walk away from the control she has over Nick Tilsley as the theft still looms over his head.

Where Natalie is hiding or what she’s up to hasn’t yet been revealed, so you will have to tune in to find out.