Home » TV & Movies » Is Clickbait based on a true story? 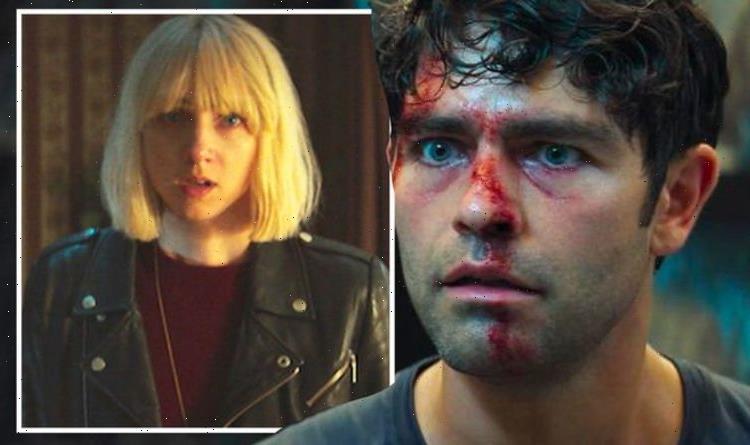 Is Clickbait based on a true story?

Clickbait focuses on the story of Nick Brewer (played by Adrian Grenier), who is seemingly kidnapped and goes missing, leaving his loved ones in a state of despair. The next time they see the supposed family-man is in a viral video which suggests he has a limited time until he is killed. The twists and turns are never-ending but is the Netflix drama based on a true story?

Is Clickbait based on a true story?

Tony Ayres co-created the series alongside Christian White and he serves as the executive producer for the show.

Having always been intrigued with murder mysteries, Ayres was keen to develop a story which showed the same set of events through different perspectives.

Each episode of the programme sees a different character play out their reaction to Nick’s disappearance and the crimes he’s being accused of.

However, with social media and virtual reality having prominence in today’s society, Ayres wanted to base the story around cyber-crime.

And as the team underwent extensive research to understand what illegalities happen online, they found harrowing accounts of what real people have gone through.

Ayres said: “We became fascinated with the idea of the new categories of crime that have sprung up since the internet has taken over our lives.

“[We] went away and did this phenomenal research document where he scoured the world for these kinds of crimes when the virtual leaks into the actual and has a deep impact on human beings.

“[We, therefore] decided to make our show based on a number of real crimes that had actually happened,” the executive producer explained.

Although he gave no specifics of the stories used to create the basis of the show, Ayres knew how the tale for Clickbait was going to unfold before the scripts were written.

Based on a number of real crimes

“I remember the second day of the [writers’] room, we were talking about these crimes that we were really fascinated by,” he explained.

“And that’s pretty much what it was. My brain is quite mathematical,” the executive producer told Entertainment Weekly.

However, there was one story Ayres delved deeper into as it was “too dark” to use within the constraints of the show.

It was about a German man who people labelled as the “suicide whisper” because he would convince people to take their own lives on camera.

Some elements of the real-life event have been used as strains within the Clickbait narrative but it is not a central focus.

Although the characters are all fictional in the story, Ayres still wanted viewers to connect with the story emotionally.

This is why each episode has been constructed around a particular character so those watching at home get a better understanding of how said person ticks.

Taking to Twitter, viewers have been sharing their views on the mini-series, with one writing: “Just stayed up all night watching Clickbait on Netflix and boy was that a motherf*****g twist. I was skipping parts of the episodes just to get to the end.”

Another posted: “ClickBait is the best Netflix original series I’ve seen in a long time. That’s how you make a motherf*****g show. #clickbaitnetflix.”

Whilst a third remarked: “Just when you think you know what’s going on but you don’t, this eight-episode show is filled with twists and turns! #clickbaitnetflix.”

“Clickbait on Netflix was wild. If anyone is looking for something to watch, I watched that in one day/night,” a fourth stated.

Clickbait is available to stream on Netflix.