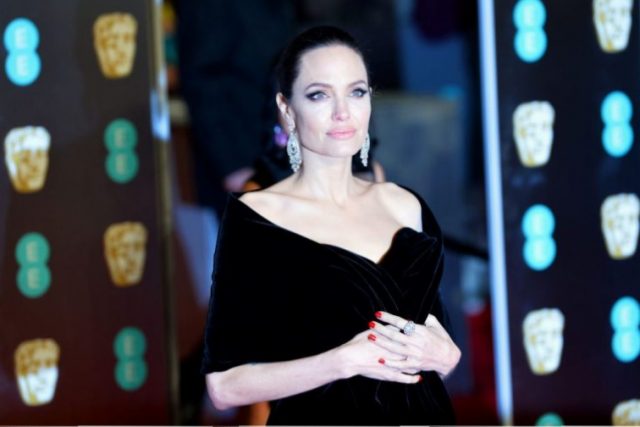 You would think someone as famous as Angeline Jolie would never have to worry about money, but some reports are claiming that’s not the case.

Jolie has an estimated net worth of $100 million so you must be wondering how someone worth that much money could possibly be strapped for cash. Here’s what we know about the reports that actress is living paycheck to paycheck and why she had to take a loan from her ex Brad Pitt.

Turns out these claims about Jolie having issues with her finances are nothing new. Back in August 2018, TMZ reported that Jolie actually admitted that she was having money problems in her court filings.

Now, according to sources, since the movie star has not acted much over the last few years she doesn’t have millions readily at her disposal and therefore cannot keep up the luxurious lifestyle she and her six children have become accustomed to. The sources claim she is now desperate for the filming of Maleficent 2 to conclude so she can collect a huge paycheck once again.

In those same court documents, Jolie demanded financial support from her estranged husband. While she and Pitt did not sign a prenup before the got married because they both were coming into the marriage with wealth, Pitt has a significantly higher net worth than her and is worth around $300 million.

Jolie asked him for an $8 million loan to put down on a $25 million property for her and their children. The legal filings show that Pitt gave her the money because she could not come up with the funds herself. An attorney for Jolie released a statement at the time regarding the loan and her client’s choice to purchase a new property.

“Following the incident of September 2016, Angelina and the children needed to move from the family home, which Brad chose to keep, including all of its contents,” Samantha Bley DeJean explained. “Brad was asked to assist in the expense of a new home for Angelina and the children, but instead he loaned Angelina money, for which he is charging her interest on a payment plan. Angelina will of course honor that loan.”

Pitt reportedly shelled out more than $1 million in child support but the Salt star’s team claimed she had to pay for most of their kids’ expenses herself.

“Angelina is asking Brad to pay 50% of the children’s expenses. He has not,” DeJean said. “Angelina has had to shoulder the majority of those without his contribution for the past two years. Child support is not optional in California.”

A good amount of her funds are likely locked up in trusts and investments and she doesn’t have easy access to that cash. This would certainly seem true considering that she did earn a cool $28 million between August 2017 to August 2018 from her salary and endorsements.

Split Super Netball draw a win for some
World News