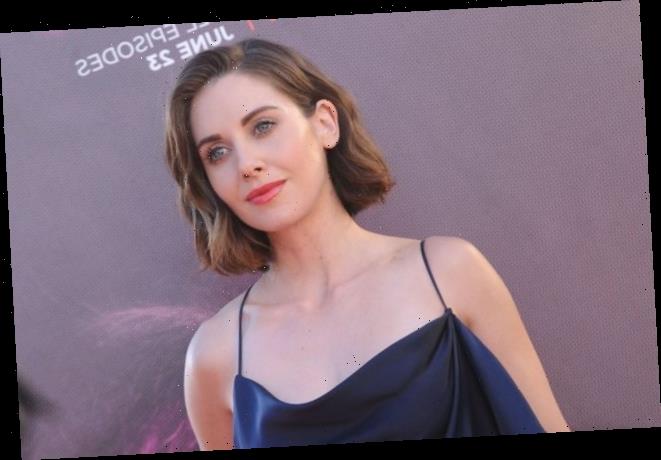 Is Alison Brie Really Being Eyed to Play Marvel's She-Hulk for Disney+?

Whenever a franchise is a big as the Marvel Cinematic Universe, the internet is bound to be flooded by rumors. After all, spreading gossip appears to be what the internet was made for. And fans’ passion for the world the MCU has built is at a fever pitch after Avengers: Endgame.

Moreover, because that film also marked the end of an era for the MCU, we currently have more questions than answers about what comes next. Sure, Marvel Studios has already revealed its Phase 4 line-up. But we don’t know what the MCU will look like without Iron Man or Captain America to carry it forward.

If the latest rumor holds true, Alison Brie could be stepping into the MCU soon as She-Hulk. But is there any reason to believe in this story?

Other than the aforementioned Tony Stark and Steve Rogers, Bruce Banner aka the Incredible Hulk has been a key figure throughout the MCU. Although Edward Norton played him in his one and only solo film, Mark Ruffalo’s version was instrumental in all four Avengers films as well as Thor: Ragnarok. But with the Hulk’s debilitating injury in Avengers: Endgame, it’s unclear how much of a role he’ll play going forward.

Perhaps wisely then, Marvel Studios is expanding the Hulk side of the MCU’s story. In summer 2019, the company announced a Disney+ series focused on She-Hulk. The comics focus on Jennifer Walters, Banner’s cousin, who is imbued with Hulk-like powers after a blood transfusion. Not nearly as monstrous or extreme, She-Hulk has been a fixture in Marvel Comics since 1980. And the MCU plans to include her in future films.

Just announced at #D23Expo, SHE-HULK, an original series from Marvel Studios, only on Disney+

Although we don’t know exactly when She-Hulk will debut, the series is is clearly in active development, with shooting expected to begin in summer 2020. As such, now is about time for the rumor mill to begin swirling about who might lead the show. In fact, a report recently arose that Alison Brie — or an “Alison Brie type” actress — is Marvel Studios’ top choice for the role. But should fans get excited?

Not just yet, it seems. Not only is the casting not confirmed, but even this report feels shaky at best. Without any sources to rely on, it’s difficult to get a read on whether Brie is really discussing the role with Marvel or if this is merely another case of internet hearsay. After all, Brie as She-Hulk feels like it could easily be a case of clever fan-casting for a couple of clear reasons.

If looks could kill. #GLOW

For starters, Brie has just spent a few seasons playing a professional wrestler on the Netflix series GLOW. Some Marvel fan could easily see Brie in full-on Zoya the Destroya mode and imagine her green and “Hulking out” in the ring. Plus, Netflix just recently renewed GLOW for a fourth and final season, meaning Brie will soon be available. What’s more, she’ll need an outlet for all that rage she channeled into her performance as Ruth Wilder.

The other big reason Brie as She-Hulk sounds too good to be true (at least right now) is her connection to Community. Longtime MCU fans know directors Joe and Anthony Russo were instrumental in that series, even directing the pilot episode. Because of their love of Community, they’ve gradually worked in cameos for most of the cast into the MCU. As it stands, only a few major Community stars have yet to appear at some point.

As you might have guessed, Brie is absolutely one of them. She could very well wind up making her MCU debut soon — perhaps even as She-Hulk — but the current story making the rounds feels too tidy and not credible enough to make the casting a slam-dunk. But with She-Hulk gearing up, expect to find out which actress lands the role sooner rather than later.