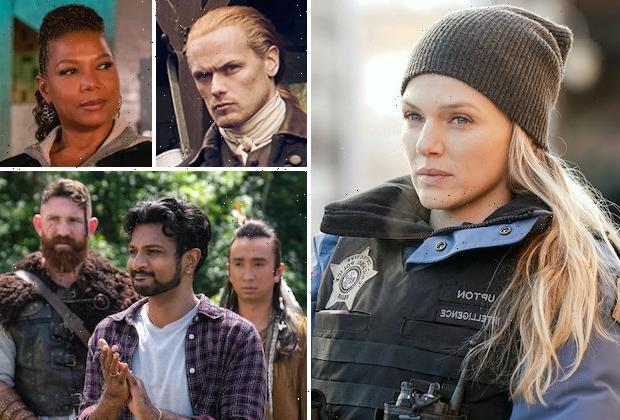 What big drama awaits Chicago P.D.‘s Upton? Which of the Ghosts has a terror-ble secret? Who is returning to The Resident? Is The Equalizer doing some addition?  Read on for answers to those questions plus teases from other shows.  (Email any brand-new Qs to [email protected].)

Chicago P.D. teased a big episode coming up for Hailey, now that it has finished filming, what can we expect? –Ebun
In the #OneChicago cop drama’s first post-Olympics outing, airing Feb. 23 and titled “Still Water,” Upton while out for a jog witnesses a horrible car crash and risks her own life to save the passengers. Then, after learning more about the victims, the team must track down the man responsible for the brutal crash.

Anything to divulge yet on Outlander Season 6? –Trace
Here’s what we can tell you about the Starz hit’s March 6 season premiere: The episode features a lengthy flashback a painful period in one character’s life, and in the present, two characters seek respite from their problems via means they probably shouldn’t. (One, book readers can likely guess. The other, maybe not.)

Any ETA for the back half of Ozark Season 4? –Sam
Nothing to share yet. Just know that Netflix’s decision to send Ozark out with a 14-episode farewell run (to be split into two seven-episode chunks, the first of which dropped last week) represented a compromise between the streamer and the series’ producers. “It was originally going to be 10, but we wanted a little bit more,” showrunner Chris Mundy divulges to TVLine. “And then we kind of [arrived at] 14 together. Fourteen was something that, if divided up, would [allow] each part to feel substantial and distinct. And it felt like a good number where we could [finish out] the story but not overstay our welcome.” Look for Season 4B to premiere later this year. 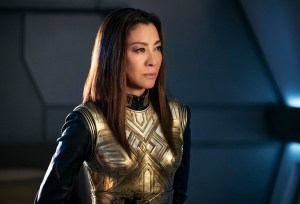 Are we ever going to see the Michelle Yeoh Star Trek series? –Luke
All I have to report is that the Georgiou-centric Section 31 spinoff of Star Trek: Discovery, which was officially set in motion more than three years ago, is still in development.

Are there any plans to bring back Dr. Bell’s former stepson Jake on The Resident? –Kevin
Jake will indeed reappear in (at least) the Feb. 1 winter premiere, where he’ll play a large role in helping Bell process his new medical diagnosis. 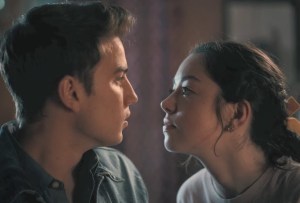 Do you have anything you can tell us about Ty and Annie’s dynamic in Season 2 of Sweet Magnolias? –Cassie
Complicated would be the best word to describe Ty and Annie’s situation in Season 2 (premiering Friday, Feb. 4), and even that feels like an understatement. The night of the accident will leave its mark on everyone in town, and no relationship — romantic or otherwise — will emerge unscathed. Annie and Ty both have exciting journeys ahead of them, even if they aren’t what fans are probably expecting.

Thorfinn is my favorite of the Ghosts. Anything on his upcoming storylines? –Mel
In an upcoming episode titled “Thorapy,” Jay and Sam ask some of the ghosts to free up bedrooms for the B&B’s opening by bunking up — and Thor’s new roomie discovers that the Viking suffers from terrible night terrors. 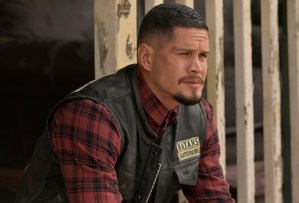 Can you tell me anything about Mayans? A possible return date? –RE
No date has been locked in yet, but the Sons of Anarchy offshoot should be back sometime this spring.

Maybe it’s just me, but I’ve really getting into The Kings of Napa. Got any scoop? — Ashlee
Be sure to put down your Merlot before watching Tuesday’s episode of the new OWN drama. One, maybe two spit takes are almost guaranteed as “Dear Wine People” throws a jaw-dropper of a twist into the ongoing “Who’s the extortionist?” mystery.

Can you give us any scoop about TC being Cade’s foster parent on Magnum P.I.? This might be one of my favorite plots ever for TC, and I’d like to know what to expect from it. –Fran
You can expect that brand-new (and emotional!) plot development to be substantially revisited in the Feb. 25 episode. 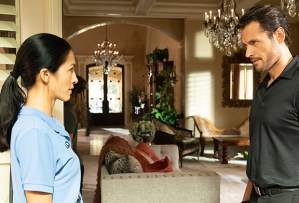 I am already obsessed with Fox’s The Cleaning Lady! Do you have any scoop on Thony and Arman? Their chemistry is hot! –Beth
I relayed your Q to executive producers Miranda Kwok and Melissa Carter, and they write back, “We’re definitely gonna keep seeing sparks fly between Thony and Arman this season — so hold onto your seats for a thrilling and emotional rollercoaster ride.”

Are there any plans for Denzel Washington to guest-star on a future episode of The Equalizer? –Kailey
There is certainly nothing to report on that Equalizer-meets-Equalizer front, though we sure do have a perfect role for him: Before the hit CBS sophomore wraps its season, viewers will be introduced to Robyn’s never-before-seen ex-husband (and father to Delilah). 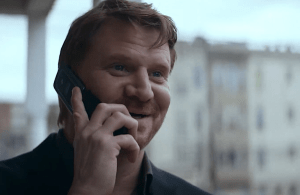 Any intel on a second Ray Donovan movie? —Joel
There’s nothing in the works, but here’s a scoop to fill your sequel-coveting void: Amid all the death and despair that went down in Ray Donovan: The Movie, showrunner David Hollander confirmed to Michael Ausiello that Bunchy will indeed take estranged wife Teresa up on her offer to relocate to Los Angeles to be near her and their daughter, giving Ray’s troubled younger brother something that has thus far eluded the rest of the Donovan clan: a happy ending.

Do you want scoop on a favorite show? Email [email protected]! Questions left in Comments will not be read and may very well count against your final score. (With additional reporting by Vlada Gelman, Rebecca Iannucci, Kim Roots,Charlie Mason and Andy Swift)