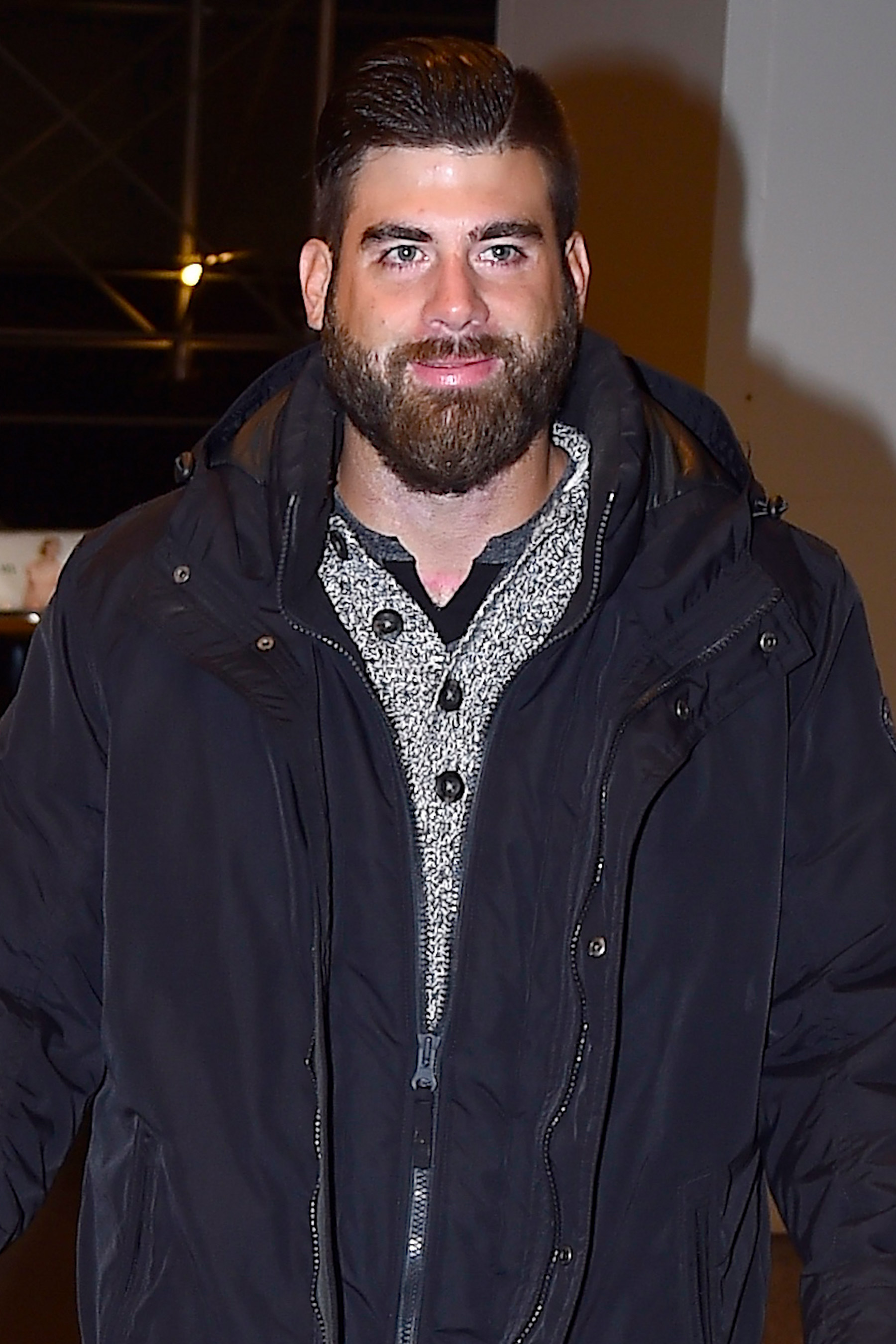 Jenelle Evans’ husband David Eason may no longer be on Teen Mom 2 , but he still manages to stir the pot.

The couple — who share daughter Ensley Jolie, almost 2 (Evans is also mom to 8-year-old son Jace and 4-year-old son Kaiser, from previous relationships) — have had a rocky year, beginning with Eason’s dismissal from Teen Mom 2 in February.

Below, we look back on Eason’s controversies.

In February, Eason was fired from Teen Mom 2 after he allegedly wrote a series of homophobic tweets referring to gay and transgender people as “abominations.”

His Twitter account was taken down, and MTV fired him from the reality series, on which he starred alongside his wife.

On his Twitter account, Eason had shared a news story about the possibility of allowing people with concealed carry permits to bring guns to school property, allegedly writing, “It only makes sense to protect our kids the proper way… the only way we know how.”

A Twitter user told Eason to stop “glorifying assault rifles” and to teach his children “how to solve problems without calling people names or using force.”

Eason allegedly responded with, “And just what makes you think you have the right to tell me how to be a parent? Because you think you know me? Lmao why don’t you go tell the homo and transgender parents to start teaching their kids better morals? Oh I forgot that’s supposed to be normal.”

A different Twitter user asked Eason if he was going to teach his children “to hate gay and transgender people.”

“No, I’m going to teach them not to associate with them or be that way,” he allegedly responded. “If you lay down with dogs you get up with fleas.”

“David Eason’s personal comments do not reflect the views of MTV,” the network said in a statement to PEOPLE.

“With six weeks left of production on Teen Mom 2, effective immediately, we are ending our relationship with him.”

When the mother of three, 25, shared a photo of herself and her daughters Aliannah and Aleeah at the latter’s cheer competition, Eason wrote in the comments, “I can’t believe Cory would allow her to wear that much makeup.”

Corey Simms is Messer’s ex and the father of their twin daughters.

Other people responded to Eason as well, with one person asking him, “So you’re slamming another dad? Low.”

He answered, “No she just probably didn’t ask him if it was okay first,” and added, “I doubt he would allow that.”

In October, Evans denied that her husband had hurt her, despite her call to police earlier that month alleging that he assaulted her.

The chief of 911 operations for Columbus County, North Carolina, said that two police officers responded to a 911 call placed from the home of Evans and Eason on Oct. 13.

The call was placed by a female just before 10 p.m. and was “called in as an assault,” the chief said. An ambulance was also requested but later canceled, the chief said: “The female was transported to the hospital via private vehicle instead.”

PEOPLE confirmed that Evans was hospitalized.

A spokesperson for the Columbus County Sheriff’s Office told PEOPLE that no incident report was taken.

TMZ later posted audio of Evans’ 911 call, when she claimed that Eason injured her collarbone.

“My husband, he just assaulted me,” Evans told police, sounding distraught. “He pinned me down on the ground, I’m sorry, in the yard. And I think I heard my f—— collarbone crack. I can’t move my arm.”

Less than two weeks later, Evans said in a YouTube video that she was “completely fine.”

“I know everyone’s concerned about me, and I know everyone wants to know, ‘Is she okay? How are the kids? Blah blah blah,’” she said in the video. “Everything’s fine. You know, I’ve been in so many domestic violence situations in the past that I would not put up with it now. So I don’t know why you guys would think that I would continue to stay in this relationship if I was being abused.”

A rep for Evans previously told PEOPLE that the MTV star “had friends over Saturday night and they had a bonfire on her property” and “Jenelle ended up tripping and falling by the fire.”

In a statement to E! News, Evans said her 911 call was “a drunk and dramatic misunderstanding.”

A week after the call, Eason posted a selfie with his wife and daughter, writing in the caption, “We have never been happier, thanks for asking!”

Posing with the Confederate flag

In November, Eason posted a photo posing with a Confederate flag during a visit to the Grand Canyon.

“Just planting my flag in all 50 states!” he captioned a series of Instagram photos of himself holding the flag while standing on the edge of a cliff.

When commenters questioned why he would pose with the offensive flag given its history, Eason defended himself.

“It’s just where I’m from, my heritage. Kind like when people fly a flag that represents their state because it’s where they are from,” he responded to a fan in the comments. “If someone thinks it has to do with racism or slaves they aren’t thinking enough. More racist people fly the beloved American flag, which was the flag flying on the American slave ships…No concern there?”

The post came a month after Eason was slammed for sharing a photo of himself with the Confederate flag wrapped around his shoulders.

“Where I’m from is who I am and my family fought and died for this land,” Eason wrote, tagging Evans in the photo. “Red white and blue comes in more than one pattern. Dont argue just get off my page if you dont agree! Thanks @rednecknation #RHEC.”

Evans appeared to stand by Eason through her Instagram story, reposting a video of a man saying, “Really, guys? This is what I have to wake up to? Really? ‘I don’t support your last post.’ Well, good.”